Updated : October 18, 2019 03:45 PM IST
The share price of Reliance Industries touched 52-week high ahead of its September quarterly earnings to be announced later on Friday.
The company is now the most-valued Indian company in terms of market cap of Rs 9 lakh crore.

Reliance Industries became the most-valued Indian company after the company's market capitalisation surpassed Rs 9 lakh crore in intra-day deals on Friday ahead of its September-quarter financial results set to be announced later in the day. RIL shares jumped over 2 percent to hit a 52-week high of Rs 1,428 per share in the intraday trade today. The stock ended 1.4 percent higher at Rs 1,415 with a market cap of Rs 8.97 lakh crore.

RIL, the oil-to-telecom conglomerate, will release its Q2 earnings after market closing today. Analysts expect the consolidated profit to rise 8 percent. The refining business has seen an improvement, with gross refining margins likely to rise to $9.5 per barrel.

RIL's stock price has gained around 25 percent so far this year. RIL chairman Mukesh Ambani said RIL and Saudi Aramco has signed a nonbinding letter of intent under which Saudi Aramco will buy a 20 percent stake in RIL's oil-to-chemical business at an enterprise value of $75 billion. Moreover, the stock was also boosted by the commercial launch of Reliance Jio's broadband service GigaFiber. 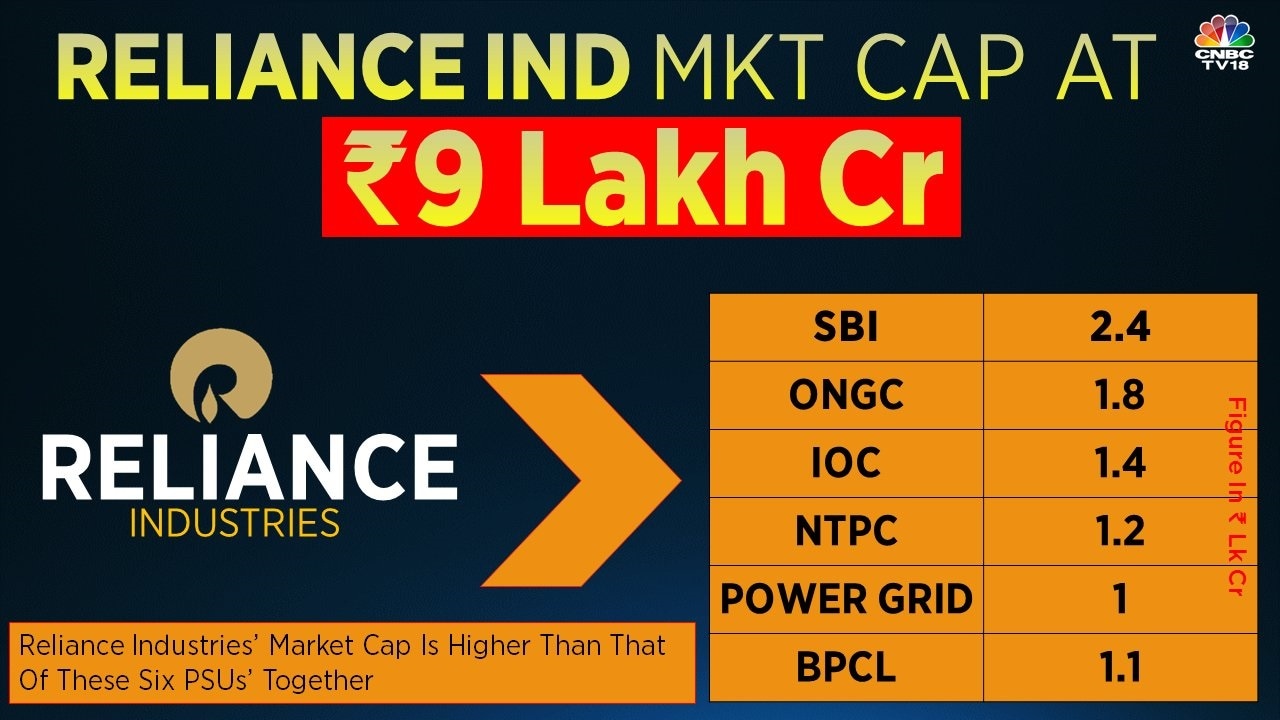 Bank of America Merill Lynch said Reliance Industries's market cap could hit $200 billion in the next one year. Looking at a 24-month fair value of the company as it believes most of the new businesses which are in the gestation period will take around 24 months to acquire scale and contribute meaningfully to RIL’s fair value.

According to the brokerage, RIL’s new commerce initiative to empower 'kiranas' in the organised retail market could work and add about $32 billion EV. Jio’s fibre broadband business could bring in $10 billion, while digital initiatives like advertising and lending, along with SME/broadband could add $22 billion incremental value to the company, the brokerage said.