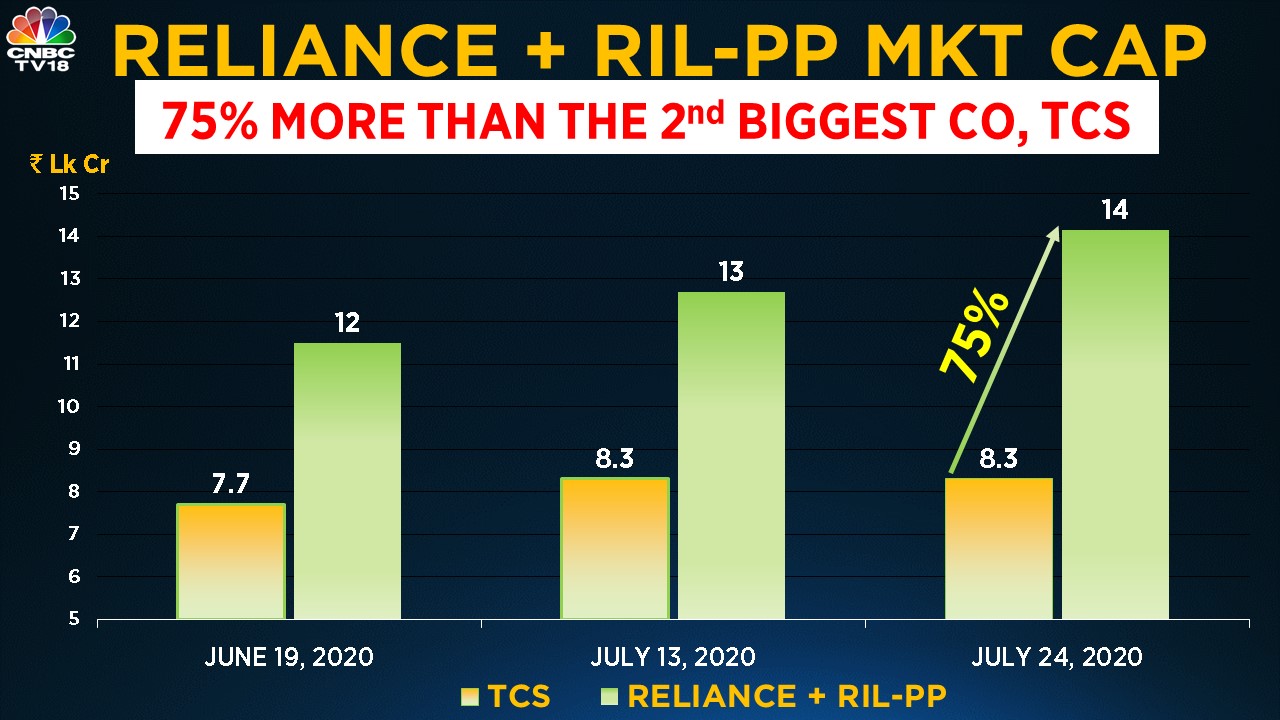 It was also reported that Reliance Jio topped 4G speed chart with an average download speed of 16.5 megabits per second (mbps) in June, according to the data released by the Telecom Regulatory Authority Of India on its MySpeed portal.

The massive rally in RIL’s stock price comes on the back of investor optimism after the company became net-debt free. This was done by a Rs 53,124 crore rights issue and a slew of investments amounting to Rs 1,52,055.45 crore in its subsidiary Jio Platforms by leading global companies such as Google, Facebook, Qualcomm, Intel, PIF, L Catterton, Silver Lake, AIDA and others.

In the first-ever virtual AGM last week, RIL Chairman Mukesh Ambani also talked about the expansion of Reliance Retail and spinning off the oil-to-chemicals business into a separate subsidiary.