TRADE
Reliance Industries Ltd (RIL) on Wednesday became the first Indian company to cross Rs 19 lakh crore in market capitalisation. RIL stock price quoted at Rs 2,807 on NSE at 9.51 am, up 1.13 percent, after opening at Rs 2,755.85. Intra-day, the stock has hit the 52-week high of Rs 2,828. So far this year, the stock has gained 17 percent, while the one-year return on the stock is more than 40 percent. 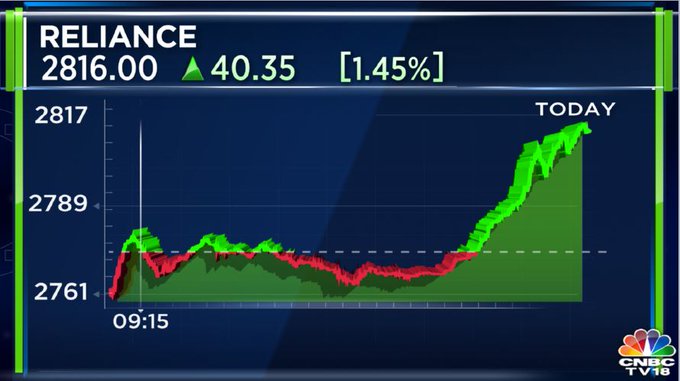 RIL Mcap at Rs 19 lakh crore — What it means?
RIL's market cap is now twice of the Tata Group's flagship IT major Tata Consultancy Services (TCS) and tops that of global corporations such as Disney, Shell, Costco, Toyota and PepsiCo. 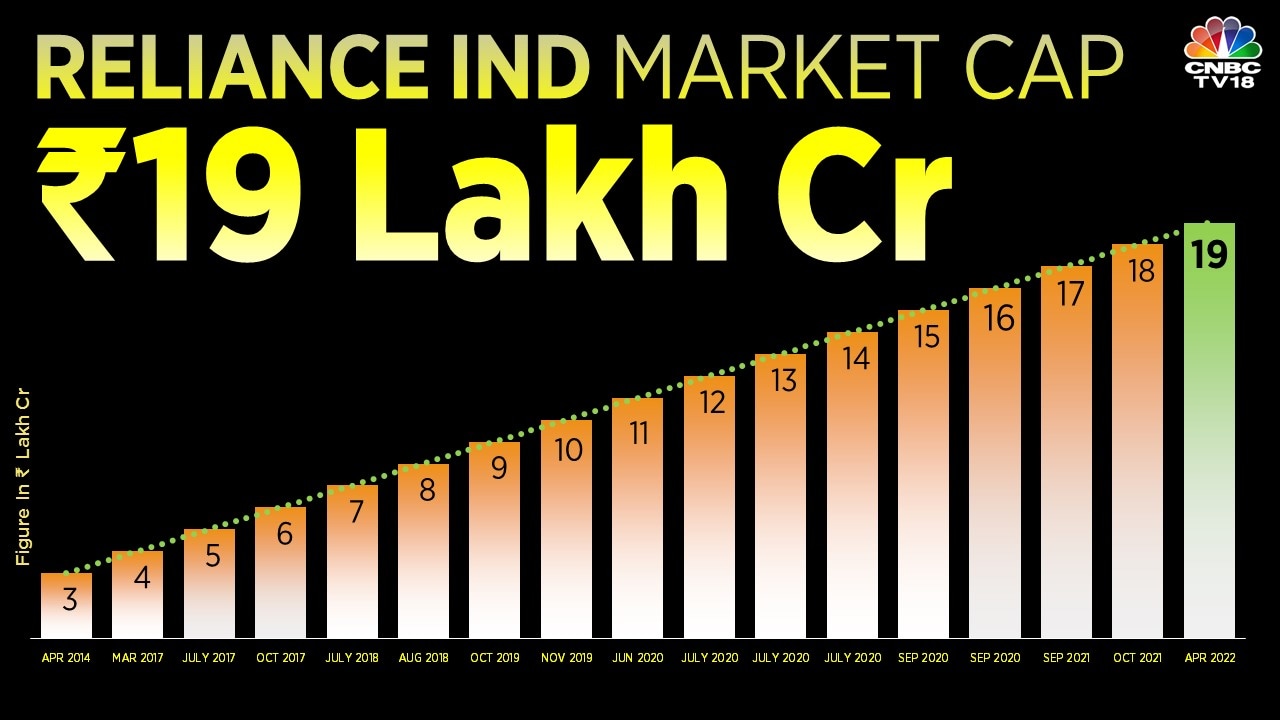 Since March 8, Reliance share price has jumped 29 percent massively outperforming the broader NSE Nifty which has gained just 6 percent. RIL has contributed around 1000 points or 40 percent to Nifty's uptrend.
RIL's weight in Nifty Mcap
Reliance Industries contributes 12 percent to Nifty's market cap weight and makes up 10 percent of the earnings of the index.
"...Reliance which contributes 12 percent to Nifty’s market cap weight and makes-up 10 percent of the earnings of the index. Taking into account the fact energy makes up 60 percent of FY23 earnings for Reliance but contributes only 27 percent to our SOTP, it would take-up the earning contribution of commodity producers to 22 percent of Nifty’s earnings against these stocks commanding only a 9 percent share of the free float market cap based weight," as per a CLSA research report.
What fuels RIL share price surge?
On Reliance share price surge, market expert Deven Choksey of KRChoksey said, “I think April to June quarter would be the quarter in which we are likely to see a very high jump as far as a business is concerned because of the significantly high amount of GRM that they have been enjoying. This one business is going to be driving the entire growth and the perceptions in the price as far as stock is concerned. Of course, I think the other businesses like Jio and retail, both of them are working on high efficiency and getting better contributions going forward. So I think the results are likely to influence that is what is getting reflected in the stock price. Maybe one important aspect which could get reflected somewhere down the line could be some corporate announcements coming up particularly in the renewable material side that the company is doing.”
Global brokerage Citi had recently raised Reliance's FY23-24 EBITDA estimate by 3-9 percent and raising the RIL share price target to Rs 3,170 from the previous Rs 2,750.

Network18, the parent company of CNBCTV18.com, is controlled by Independent Media Trust, of which Reliance Industries is the sole beneficiary.