Updated : August 22, 2019 11:21 AM IST
According to a report by Prabhudas Lilladher, the demand pressures are unlikely to abate in Q2 and further deterioration can be seen.
The brokerage has removed HUL, Titan Company, Nocil, and L&T Tech and added Siemens, HCL Tech and Britannia in its top picks.
Early signs of demand recovery may be visible from 3Q, it said.

Earnings remained muted for the Nifty50 companies in the first quarter ended in June, witnessing an impact of weak demand, slow private sector capital expenditure, liquidity tightness, and global trade issues. According to a report by Prabhudas Lilladher, the demand pressures are unlikely to abate in Q2 and further deterioration can be seen.

"In addition to poor consumer sentiment and demand, recent floods in more than 14 states will hamper the movement of goods and impact consumer demand in the run-up to the festival season. Although normal monsoons are likely to revive rural incomes and demand, we see little hope of that transpiring in 2QFY20," it added.

The brokerage believes all eyes now will be on a stimulus package by the government as slowdown impact deep and widespread.

The increase in surcharge on FPI and more tax on super-rich and trade wars have added to challenges like poor demand, liquidity Crisis and lack of visibility of the capex cycle.

The economy is undergoing structural adjustment which was started by demonetization, GST, move against black money and landed on the doorsteps of NBFC’s, the brokerage said, adding that that revival of consumer sentiment holds key given the gravity of the situation.

Although the government has announced an investment of Rs 1 lakh crore capex in five years, the brokerage expects sops for automobiles, housing, and middle class to boost sentiments and revive demand. Moreover, a decline in capacity utilization following poor demand will further delay industrial capex and impact job creation in the economy.

To increase liquidity, the RBI has cut repo rate by 35 bps with accommodative policy stance in the last meeting. Benign core inflation, normal monsoons, and soft crude prices have provided enough cushion to RBI to cut interest rates, still, the brokerage estimates another 50bps cut in repo rates by December 2019.

Early signs of demand recovery may be visible from 3Q, it said. For the portfolio, the brokerage remains overweight on Banks, Consumer and Construction and Engineering; and underweight on Automobiles, metals, Healthcare and IT.

The brokerage has removed HUL, Titan Company, Nocil, and L&T Tech and added Siemens, HCL Tech and Britannia in its top picks. 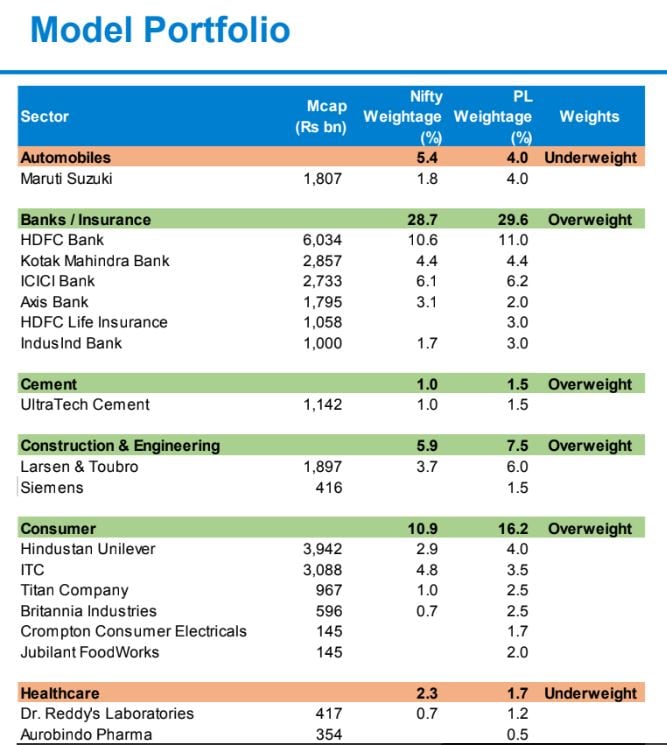 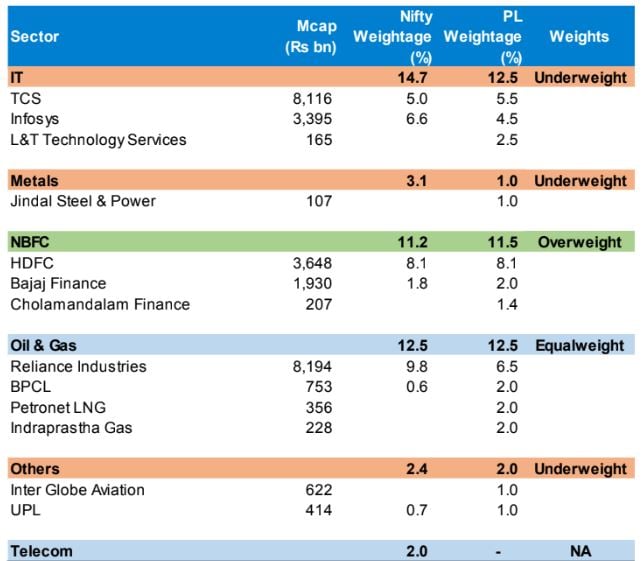