Shares of pharmaceutical companies are having a tough time in the first half of the calendar year 2019, with the Nifty Pharma Index down around 10 percent so far this year.

Mixed March-quarter earnings, muted earning guidance and regulatory issues are some of the factors that have hammered the pharma stocks largely.

Barring a couple of outperformers such as Cipla and Divi's Laboratories, major pharma stocks have declined around 10 percent to 25 prcent so far in 2019.

Sun Pharma was down 10 percent, while Aurobindo and Lupin declined between 14 percent and 15 percent. Glenmark Pharma and Cadila Healthcare declined over 25 percent and 30 percent, respectively. 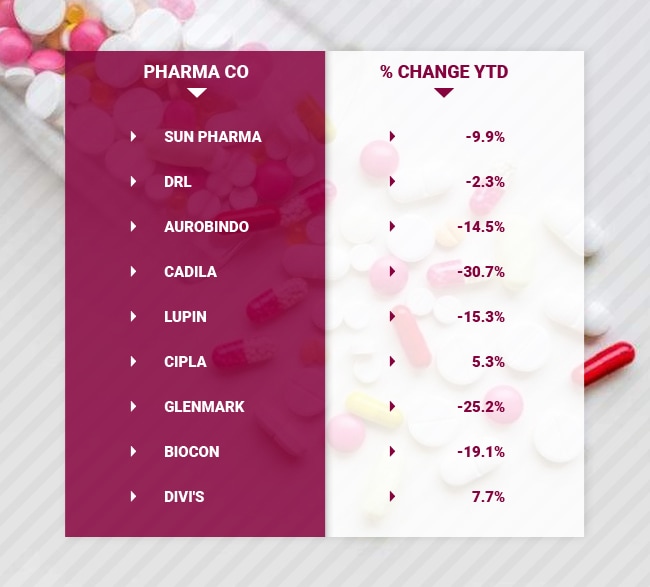 Stock market SP Tulsian said, "With the kind of fear which I still see looming large, I don’t think the quarterly numbers, even if that had been good, would have given any kind of relief unless until the larger issues are resolved, which are all kind of investigations going on."

In fact, many of them are trading very close to their 52-week low prices. Lupin, Cadila, Biocon and Sun Pharma are in the close range of their 52-week lows, while Divi's, Cipla and Glenmark have maintained a little distance to their lows. 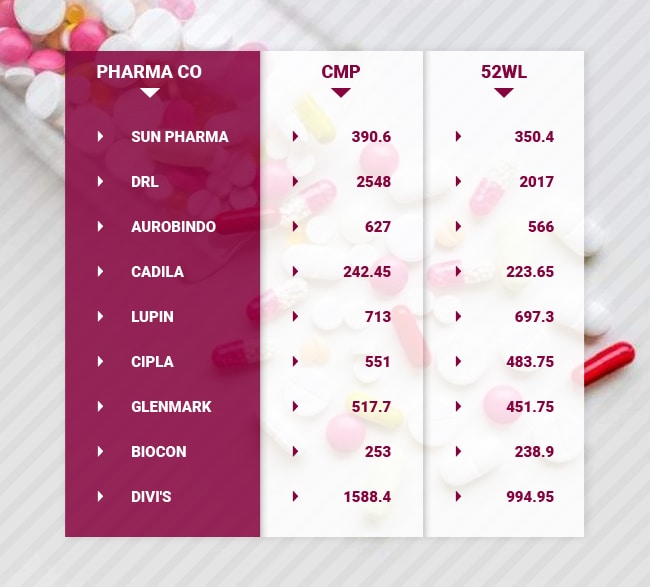 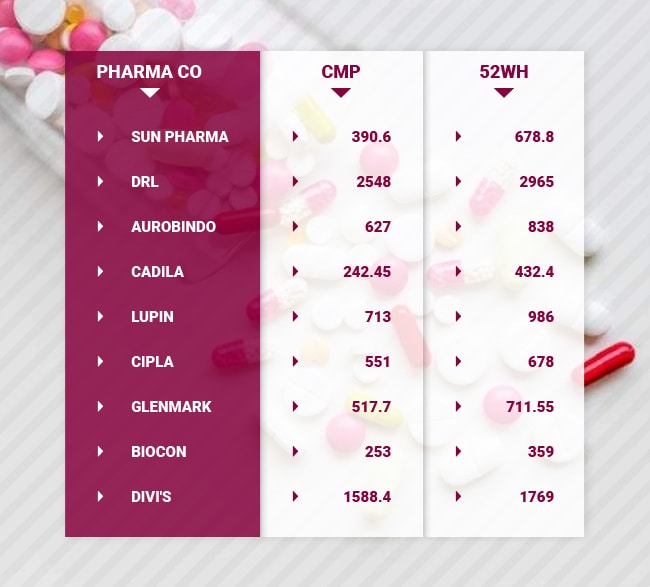 Moreover, stocks of these pharma companies have also witnessed their PEs decline in the first half, compared to the beginning of the year. Biocon, Glenmark, Cadila and Aurobindo have seen the most decline in their PEs. However, analysts believe outlook remains positive for the stocks.

"We expect these companies to maintain the growth momentum with new product launches and up to 10 percent price increase in the non-DPCO products in the domestic market," said Centrum, adding that the pricing pressure in the US has eased out, which would also help these companies to report higher sales growth.