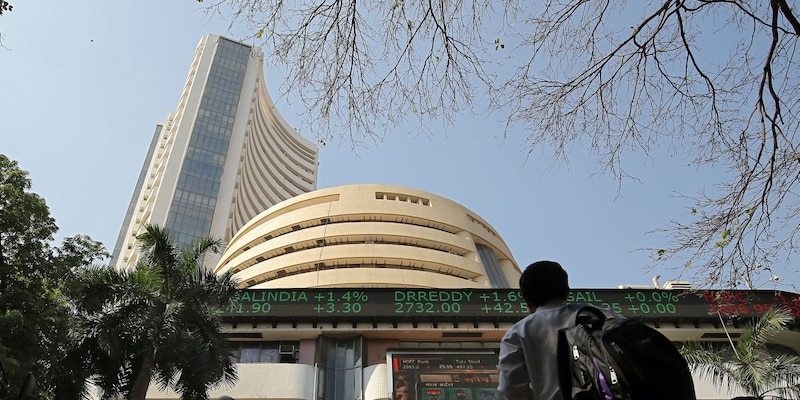 Indian equity benchmark indices on Monday opened the truncated week on a negative note with the Nifty below 17,750 amid weak global cues.

At 09:16 am, the Sensex was down 202.91 points or 0.34 percent at 59,244.27, and the Nifty was down 46.10 points or 0.26 percent at 17,738.20. About 1,730 shares have advanced, 584 shares declined, and 141 shares are unchanged.
Infosys, Kotak Bank, HDFC twins, Reliance, Axis Bank and M&M were the top laggards on the Sensex, while Ultratech Cement, Tech Mahindra, Maruti, PowerGrid, Sun Pharma were the top gainers.
SBI Life Insurance was the additional loser on the Nifty, while gainers were Tata Motors, Grasim Industries, Cipla and NTPC were additional gainers.
The broader markets, meanwhile, opened in green. The BSE MidCap and SmallCap indices were up to 0.6 percent higher while India Vix shot up nearly 7 percent.
Among sectoral indices, Nifty IT was down 1 percent while Nifty Bank, Financials, Auto and FMCG were the other losers. Meanwhile, Nifty Metals, Pharma, PSBs, and Oil & Gas indices gained.
Coaching services provider Veranda Learning Solutions' shares are set to debut on stock exchanges BSE and NSE today. Veranda is among the few companies to hit the primary market so far in 2022, following a bumper year that saw most of 63 companies receive a robust response to their IPOs by investors.
Tata Consultancy Services, Birla Tyres, Delta Corp, Elnet Technologies, Kesoram Industries, and Lasa Supergenerics will release their quarterly earnings on April 11.
Global Markets
US benchmarks finished a choppy session on a mixed note on Friday as investors assessed the economic outlook with the Fed moving to fight inflation. S&P 500 was down 0.3 percent while the Nasdaq Composite was down 1.3 percent. Dow Jones was up 0.4 percent.
Equities in other Asian markets begin the day in the red, as investors awaited central bank meetings lined up during the course of the week. MSCI's broadest index of Asia Pacific shares outside Japan was down 1.3 percent in the early hours.
Catch all the live market updates with CNBC-TV18's blog here:
Check out our in-depth Market Coverage, Business News & get real-time Stock Market Updates on CNBC-TV18. Also, Watch our channels CNBC-TV18, CNBC Awaaz and CNBC Bajar Live on-the-go!