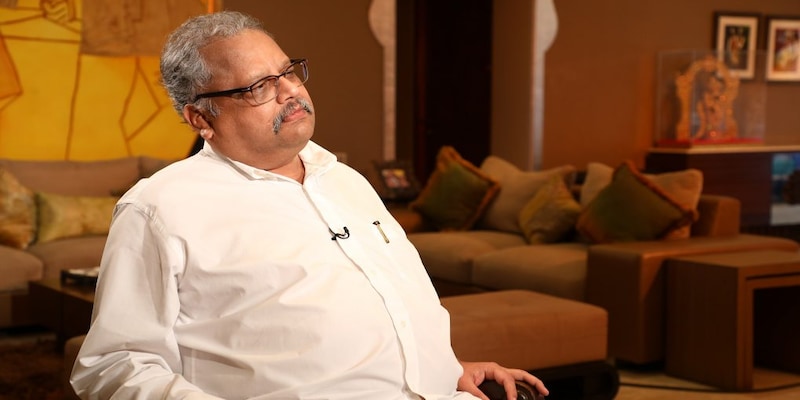 The ongoing mayhem in the equity market has toppled everyone's portfolio, including that of seasoned investor Rakesh Jhunjhunwala.

The ongoing mayhem in the equity market has toppled everyone's portfolio, including that of seasoned investor Rakesh Jhunjhunwala.

Jhunjhunwala, who has a history of holding on to his investments for years, has seen many of his portfolio stocks tumble up to 75 percent, reported The Economic Times. This has resulted in notional losses and a fall his portfolio value below Rs 10,000 crore mark.
A study of Jhunjhunwala's portfolio of 27 stocks suggested that all of his stocks, except FirstSource Solutions, VIP Industries and Lupin, have offered negative returns this year, the report said.
Out of these 27 stocks, at least 8 stocks are down over 50 percent, according to the ET report. Mandhana Retail Ventures plunged 75 percent, Jaiprakash Associates slumped 74.61 percent, DB Realty lower by 63 percent, Geojit Financial Services lost 61 percent, Aptech dipped 58 percent, Prozone Intu Properties declined 58 percent, DHFL dropped 53 percent while Bilcare was down by 51 percent, according to the report.
Other of Jhunjhunwala's holdings such as Orient Cement, TV18 Broadcast, Prakash Industries, Man Infra Construction, Autoline Industries, Ion Exchange (India), Edelweiss Financial Services, The Federal Bank, Karur Vysya Bank and Delta Corp have lost between 30 and 50 percent.
Also, catch all the action and updates in our Market Live blog
.
Have you signed up for Primo, our daily newsletter? It has all the stories and data on the market, business, economy and tech that you need to know.
Check out our in-depth Market Coverage, Business News & get real-time Stock Market Updates on CNBC-TV18. Also, Watch our channels CNBC-TV18, CNBC Awaaz and CNBC Bajar Live on-the-go!