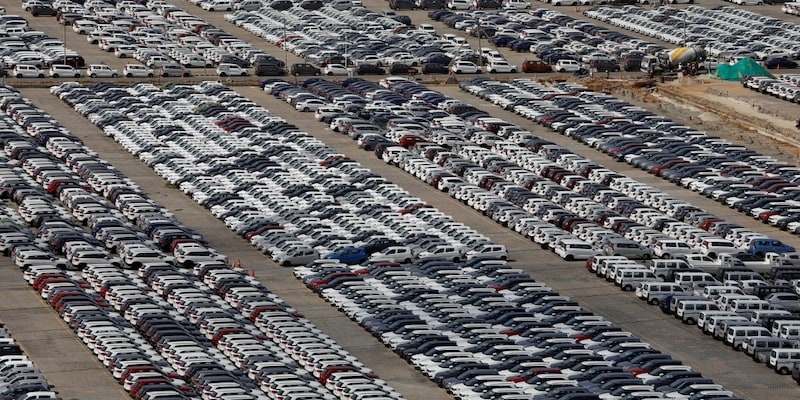 CLSA feels that the current stock price provides no cushion for negative surprises, and hence reiterated 'sell' rating on the stock. The brokerage believes that the car maker will revert to its FY19 peak volume by FY23.

Maruti Suzuki's shares have recovered 46 percent since March lows, which is a good trajectory for India's largest auto manufacturer. However, CLSA feels that the current stock price provides no cushion for negative surprises.

CLSA remains bearish on the stock given its peak valuations, volume-margin mismatch, higher fixed costs, and no new models.
It said that the carmaker will revert to its FY19 peak volume by FY23, which would imply an FY20-23CL CAGR of 6 percent. Despite volume recovery, the EBIT margin in FY23CL would be lower than FY19 due to the lower share of new car models and higher fixed costs.
We expect fixed cost pressure to continue in the near term due to low absolute volume, added the brokerage report. In FY14-19, the EBIT margin improved by 220 bps and so did the fixed costs, by 270 bps but this time the situation is different.
The stock is currently trading at 32x FY22CL PE (close to its peak) but what's even more concerning is that its core PE is even higher at 50x FY22CL. Therefore, Maruti’s medium-term RoE (return on equity) is expected to trend lower than its history, said the report.
Therefore, the brokerage remained bearish on the stock but upgraded its target price to Rs 4,700 from earlier Rs 4,235.
Check out our in-depth Market Coverage, Business News & get real-time Stock Market Updates on CNBC-TV18. Also, Watch our channels CNBC-TV18, CNBC Awaaz and CNBC Bajar Live on-the-go!