NHPC shares at 52-week high, rise for fourth day in a row

NHPC shares at 52-week high, rise for fourth day in a row 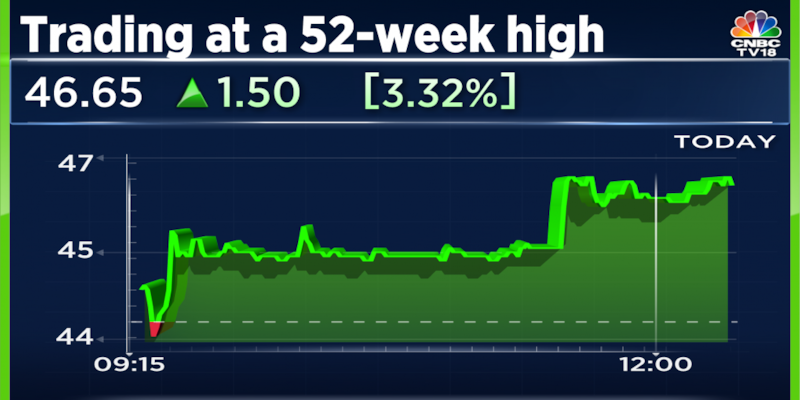 Shares have gained as much as 17 percent over the last four trading sessions.

Shares of hydropower company NHPC Ltd. gained for the fourth straight day to hit a new 52-week high on Thursday.  The stock has gained nearly 20 percent during the last four trading sessions.

The stock has outperformed the BSE Sensex index over the last 12 months, gaining 44 percent, compared to a rise of nearly 3 percent in the benchmark index.

NHPC, a state-run enterprise, is categorised as a "Miniratna." The government defines a Miniratna Category-I company as one that has made a profit over the last three consecutive years, where pre-tax profit is over Rs 30 crore in at least one of the three years and the company has a positive net worth.

The company will report September-quarter earnings on November 10.

It recently paid a final dividend of Rs 356.34 crore to the central government for the fiscal year 2021-22 last month.

The dividend was paid as NHPC earned a net profit of Rs 3,537.71 crore for the financial year 2022 as against the previous period's corresponding figure of Rs 3,245.06 crore.

NHPC was also in news recently after the Life Insurance Corporation of India trimmed its shareholding in the company to 5.2 percent from 7.2 percent earlier.

In a regulatory filing, LIC informed that it has sold shares of NHPC worth Rs 700.79 crore between March and October this year. As per the filing, the insurer sold shares of the company at an average price of Rs 34.42 apiece.