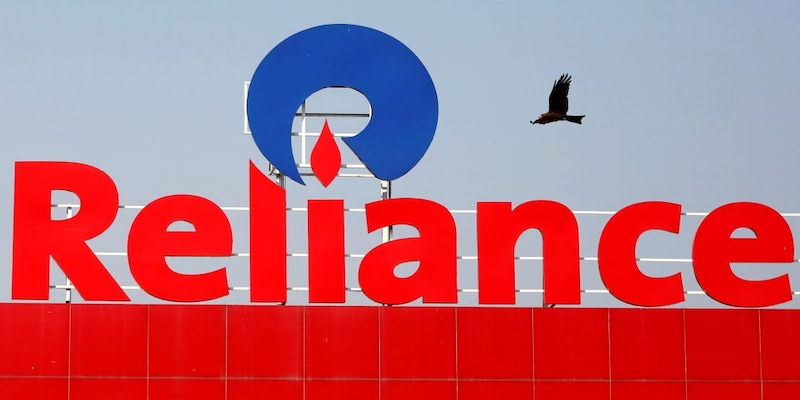 Billionaire Mukesh Ambani-led Reliance Industries ltd's (RIL) shares scaled a record high on Friday, cementing the conglomerate's position as India's most valuable company. RIL became the only company in the country to touch a market capitalisation of Rs 18 lakh crore. 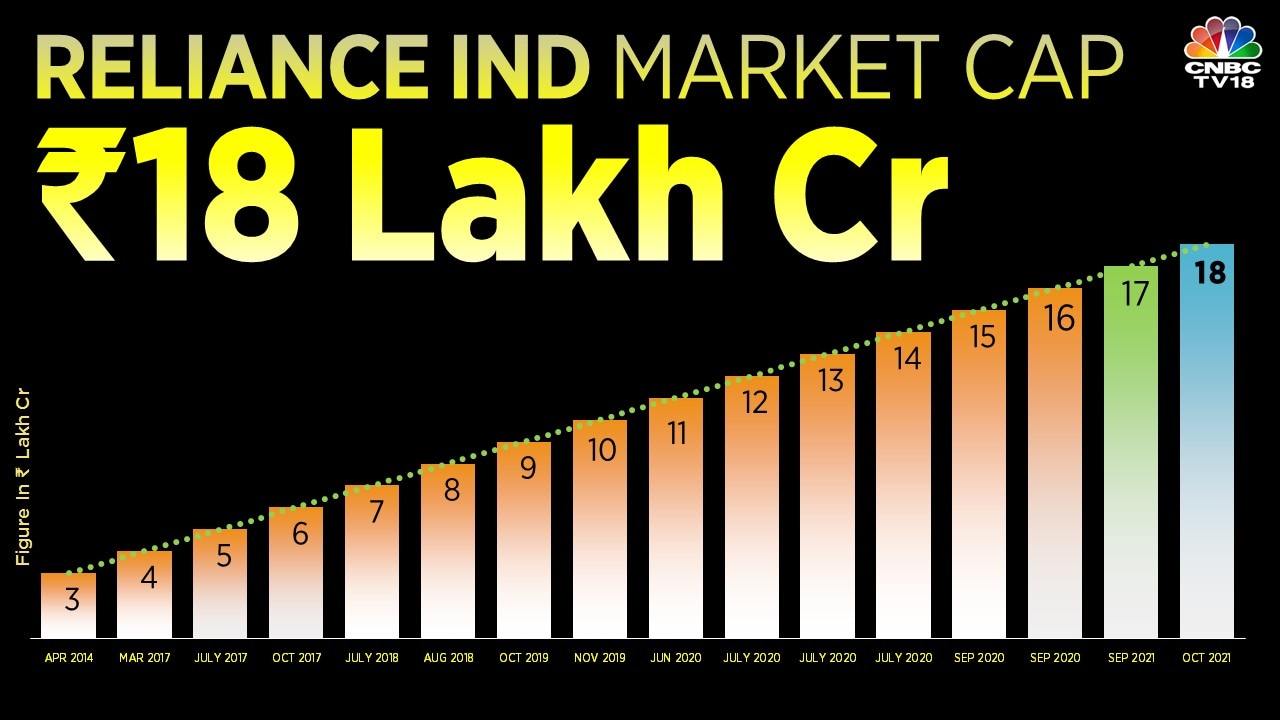 RIL's market value touched the Rs 18 lakh crore mark on Friday, October 8, days after reaching Rs 17 lakh crore mark for the first time.
Reliance Industries took less than a fortnight to add Rs one lakh crore to its market value. Only last month, it had hit the Rs 17 lakh crore level in terms of market value for the very first time.
Reliance Industries shares traded 3.9 percent higher at Rs 2,672 apiece on BSE, having risen by as much as Rs 103.4 or four percent to a record high of Rs 2,675.5. Heavyweight RIL shares were the biggest contributor to the gain in both Sensex and Nifty50.
Reliance Industries shares have broken a series of records in the recent past.
As of Thursday's closing price, RIL shares have rewarded its investors with a return of 29 percent so far in 2021, beating Sensex's gain of 25 percent.
Here's how the RIL stock has performed in the past year: 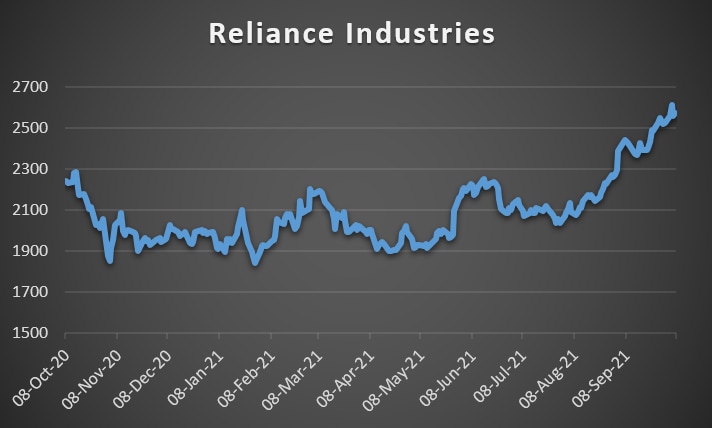 RIL shares have given a return of nearly 15 percent in the last one year, as of Thursday's closing price.
On Thursday, Reliance Industries said 7-India Convenience Retail — part of the oil-to-telecom conglomerate — had inked an agreement with US-based 7-Eleven for the launch of 7-Eleven convenience stores in India. The first 7-Eleven convenience store will open in Andheri East, Mumbai, on October 9.
ALSO READ
: Reliance Retail to launch 7-Eleven stores in India, starting with Mumbai
Meanwhile, Ambani said last month that his group had started developing the green energy complex in Jamnagar with an investment of Rs 75,000 crore. Reliance Industries would create or enable at least 100 GW out of 450 GW renewable target of India by 2030, the billionaire said, calling climate change a global problem. (Read more on what Mukesh Ambani said)
Catch LIVE market updates
(Edited by : Ajay Vaishnav)
Note To Readers