Updated : February 24, 2020 12:08 PM IST
At 11:30 am, the Nifty Metal index was the top loser falling 3.20 percent to 2,528.75 points as against 1.08 percent decline in the benchmark Nifty 50 index.
Among stocks, Hindalco Industries slipped 4.50 percent, JSW Steel plunged 4.03 percent, Tata Steel fell 3.27 percent, Vedanta declined 3.76 percent, while Jindal Steel and Power (JSPL) dipped more than 5 percent on the NSE.
A fall in demand in China could result in a downward trend in steel prices.

Shares of JSW Steel, Hindalco Industries, Vedanta, Tata Steel and SAIL, among other metal companies, fell 3-5 percent on Monday as concerns over the impact of coronavirus on global economy renewed following a spike in cases beyond China. 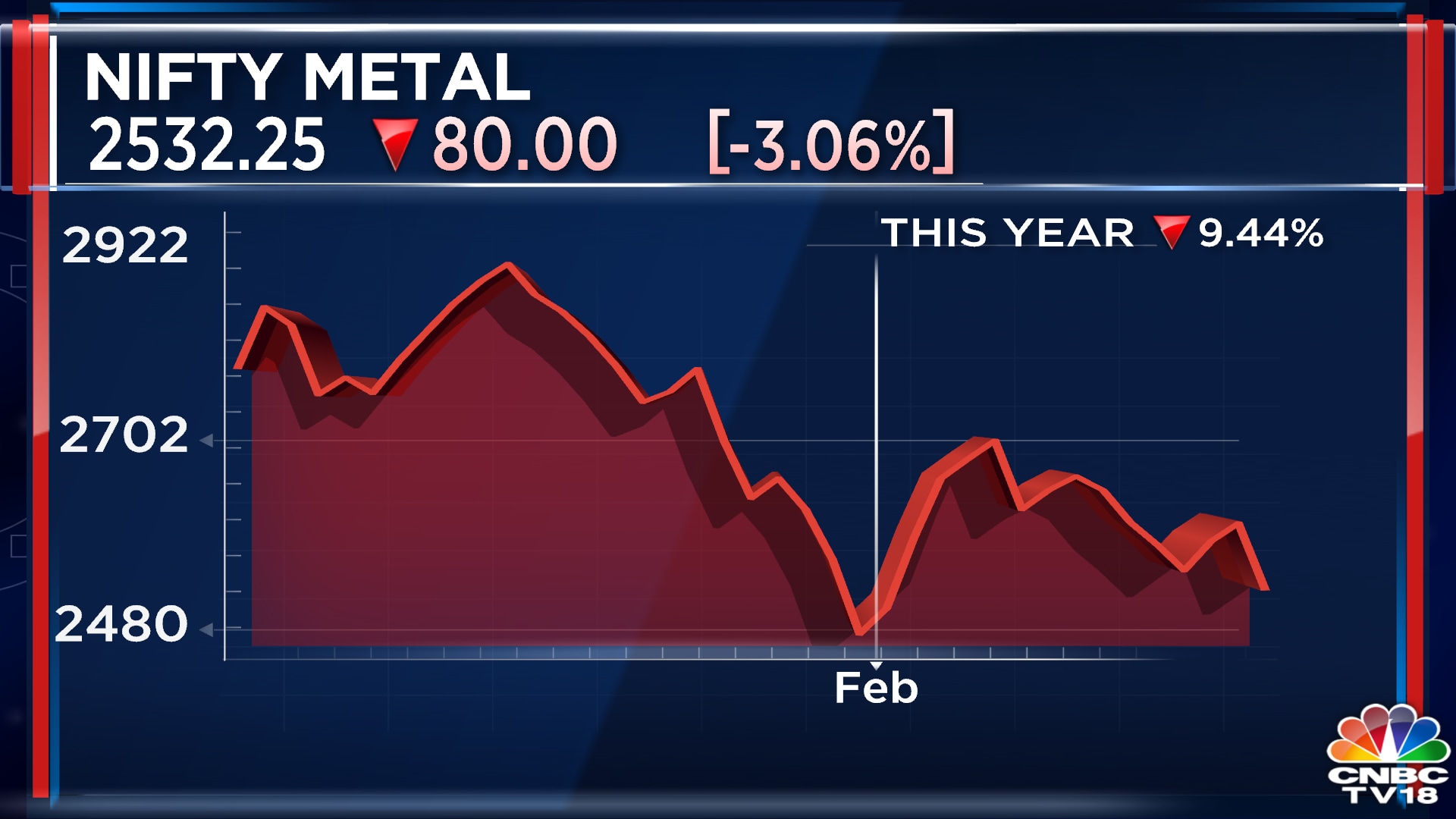 SAIl and MOIL also declined over 2 percent each.

China paused much of its economic activity, including the construction of roads, bridges and buildings, which are the main consumers of steel. A fall in demand in China could result in a downward trend in steel prices.

Economists have roundly downgraded growth forecasts for China as well as the world as travel restrictions and lockdowns have already hit tourism, supply chain and factory output in a number of countries.

Forecasting firm Oxford Economics estimated world economic output growth would fall to nearly zero in the first half of 2020 if the coronavirus outbreak became a global pandemic.

The virus has so far killed 2,442 people in China, which has reported 76,936 confirmed cases that has slammed the brakes on the world's second-largest economy.

South Korea put the country on high alert while the number of infections jumped to over 700 and deaths rose to seven.

It has spread to some 28 other countries and territories, with a death toll of around two dozen, according to a Reuters tally.