Updated : December 20, 2019 05:55 PM IST
Sensex and Nifty clocked second straight weekly gains and their best week since week-ending November 1
Yes Bank rose over 10% this week, topping the charts amid reports the private sector lender was likely to announce its much-awaited QIP soon
TCS shares also rose over 7.3% for the week

Yes Bank rose over 10 percent this week, topping the charts amid reports the private sector lender was likely to announce its much-awaited qualified institutional placement (QIP) soon. During the last one year, Yes Bank has lost over 70 percent and fallen almost 72 percent so far this year.

Tata Steel also gained this week, rising 7.61 percent, amid buzz the Tata Group company may restructure its domestic business to unlock value. It may form four verticals which are long products, mining, Tata Steel and Tata Steel Utilities and Services. 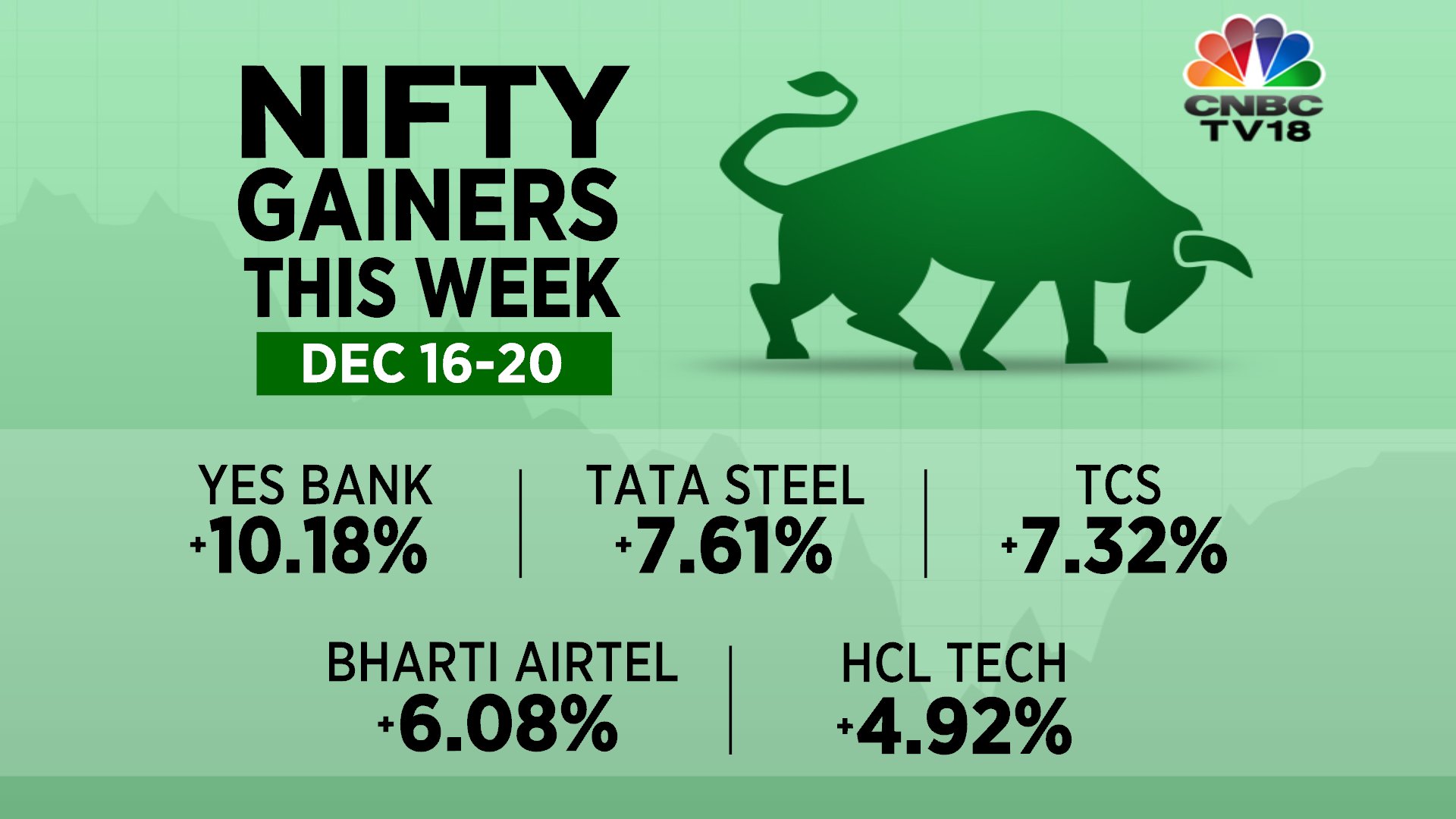 Bharti Airtel and HCL Technologies were other big gainers this week, rising between 4 and 6 percent. Bharti Airtel shares gained as the Telecom Regulatory Authority of India (Trai) deferred the zero-interconnect usage charges (IUC) deadline. Moreover, the telco added 12 million 4G subscribers during October-November, according to data submitted by the telco t the Telecom Regulatory of Authority India (Trai).

Grasim shares corrected by 4.7 percent this week, the worst among Nifty losers. Vedanta also fell 3.4 percent this week amid reports of the mining giant evaluating an investment in Bharat Petroleum Corp, which has been put on the block by the government as part of its PSU divestment drive.

Hindustan Unilever shares also fell over 3 percent this week as the FMCG major's parent Unilever PLC reduced reveneu guidance for emerging markets for CY2019 and H1CY2020, owing to slowdown in rural India and other emerging markets. Global brokerage Credit Suisse also cut its target price of the stock to Rs 2,150 from Rs 2,180 while maintaining a neutral rating.

Sun Pharma and BPCL were other major laggards this week, falling by up to 2 percent. 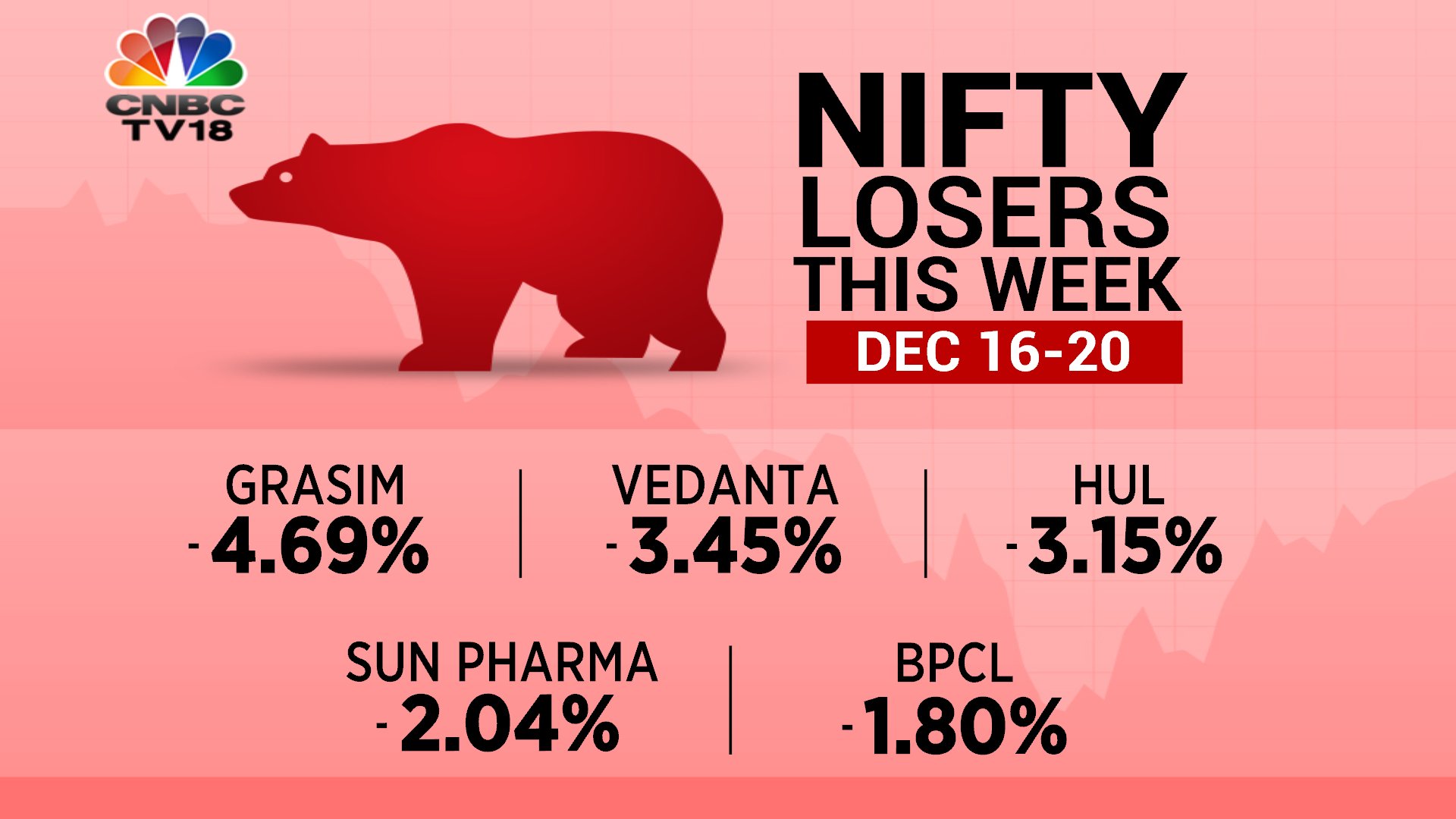