Indian shares ended mildly higher on Friday after a day of volatile trade with both indexes surging a percent this week despite last three day's rangebound trade.

The Sensex closed 12 points higher at 36,386, while the Nifty ended up 2.5 points up at 10,906.95. Broader markets underperformed with the Nifty MidCap index shedding 0.8 percent this week. 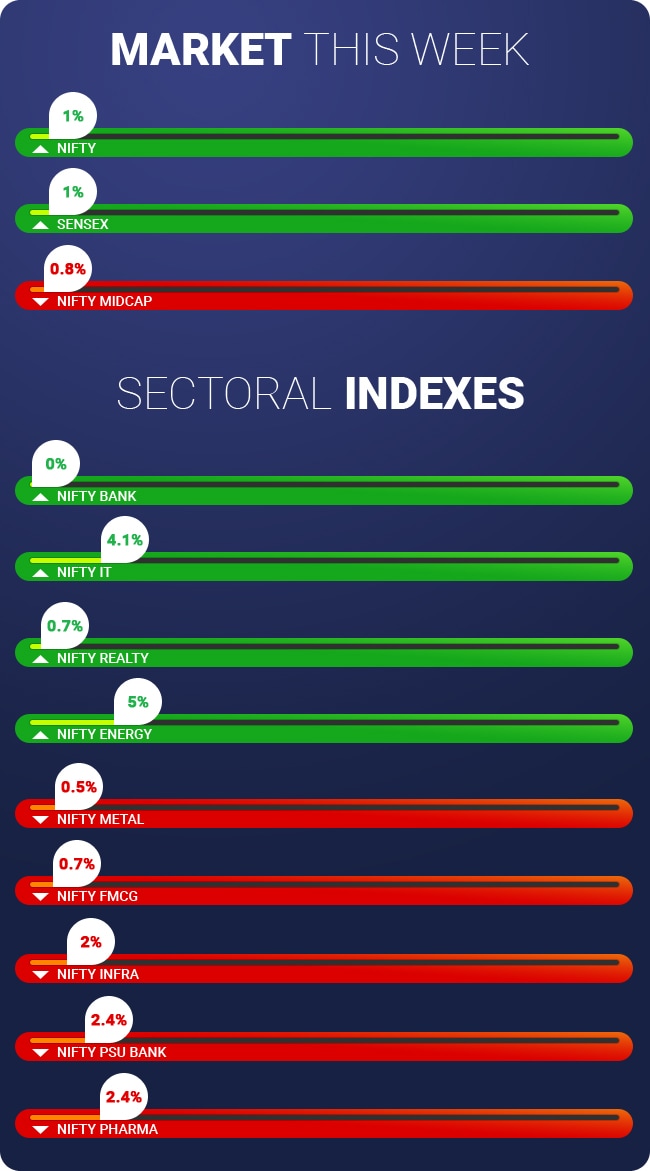 Among sectoral gainers, the Nifty Bank remained unchanged, while metal and FMCG dipped 0.5 percent and 0.7 percent. The Nifty PSU Bank and Pharma slipped 2.4 percent each. The Nifty IT was the major gainer for the week, rising 4.1 percent largely led by Infosys and Wipro. Yes Bank was the other major gainer this week despite the stock closing lower today. Yes Bank gained on reports that Deutsche Bank's Ravneet Gill is among the race to succeed incumbent MD and CEO Rana Kapoor. Among major losers, Sun Pharma shares plunged 8.4 percent to their worst close since February 2013 after reports of fresh allegations by a whistleblower against the country’s biggest drugmaker. Shares shed 12 percent this week.

Bharti Airtel was other biggest loser this week as there looks no end to the ongoing price war in the sector with Reliance Jio set to maintain current tariffs. Airtel shares fell 7.1 percent this week and fell more than 6 percent in today's trade. GAIL, L&T and SBI were other major losers falling between 2.5 and 5 percent.

Among midcap gainers, Vakrangee shares moved up 27 percent this week. The small cap IT stock has risen nearly 48 percent in the last one month. Castrol India shares surged 9 percent, while Strides Pharma climbed 8.1 percent on a weekly basis. Mindtree and GSPL were other major gainers. 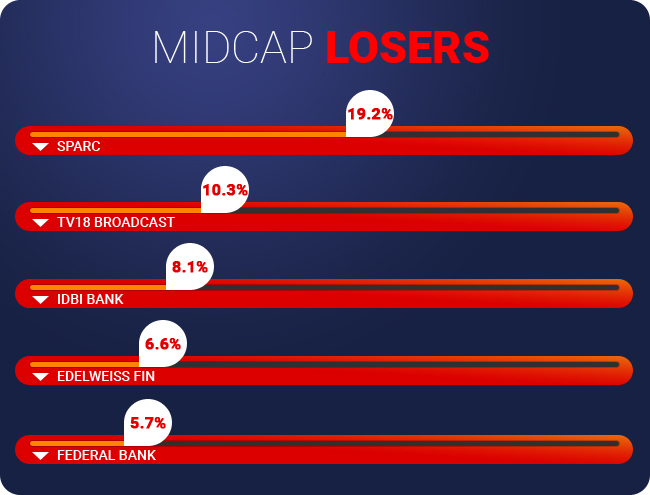