-Nifty Midcap and Nifty Bank advance more than 100 points each.

-Except IT and Media, all sectoral indices close with gains; realty gains the most.

-Except Infosys, all IT stocks in Nifty Close with cuts, TCS top loser. 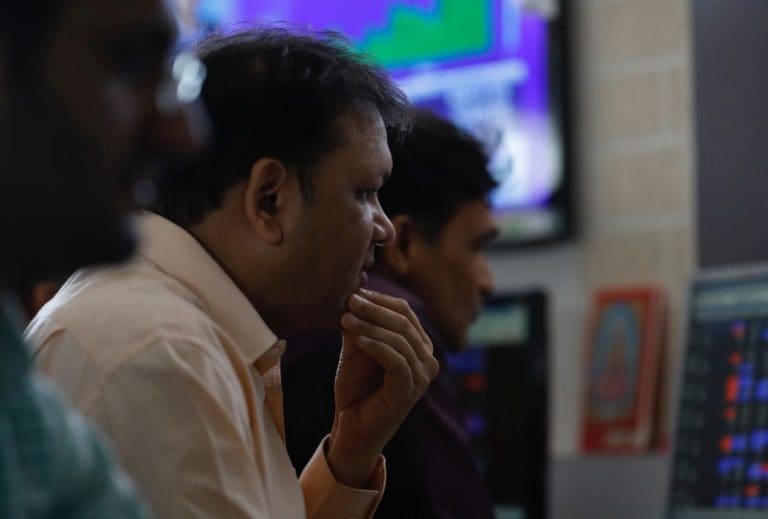 Shares of HDFC Asset Management Co recovered and rose nearly 3 percent after the company reported a 38 percent jump in net profit in the June quarter to Rs 290 crore, from Rs 210 a year ago. The revenue for June quarter also rose over 6 percent on year to Rs 500 crore. So far today, 484,589 shares of the company have exchanged hands on the NSE, over thrice the six-month average daily volume of 142,617 shares.

The current situation in the automobile sector is quite negative, with all businesses on caution mode, said Ashish Harsharaj Kale, president of Federation Of Automobile Dealers Associations (FADA) on Tuesday, adding "liquidity on both the fronts is a problem, for the customer and for the dealer."

"CVs in June has seen a huge drop. It is close to 22 percent compared to May and about 19 percent year-on-year (YoY). For the entire quarter, April-May-June, CV has been down about 14 percent. So with this unexpected drop in sales, the inventory has gone up and it has increased to now about a level of 50-55 days. Two-wheelers continue to have a higher level of inventory right from the start of September 2018 when this downturn started,” he said in an interview with CNBC-TV18. READ MORE

Q1FY20 is likely to be another washout quarter for the fast-moving consumer goods (FMCG) sector owing to weak consumer sentiment further impacted by the general elections and continued weakness in rural India. The pace of growth in rural India has moderated from 1.7-1.8X urban growth some quarters ago to same as urban growth currently. Barring some margin expansion owing to lower crude prices, not much is expected to change in Q1FY20 from Q4FY19. In fact, majority of the street believes even Q2FY20 is likely to be a quarter of low growth. READ MORE

The 10-year bond yield crashed to 6.33 percent on Tuesday, a level last seen in December 2016. The immediate trigger was the wholesale price index (WPI) that came on Monday, which showed a drop in June prices versus a month ago. Also, the shutdown in auto production and lower FMCG sales are all indicating a slowdown that was more severe and not just triggered by the one-off demonetization or GST. There are quite a few economists who are now calling for a rate cut of 50-100 basis point over the cycle. READ MORE

Non-banking financial companies (NBFCs) have been under pressure for almost a year now since the crisis at Infrastructure Leasing and Financial Services (IL&FS) dried liquidity and withered access of funds for various NBFCs. The issues in the sector continue with the latest defaulter DHFL reporting a net loss of Rs 2,223 crore for the March quarter. The company said that its financial situation was so grim that it may not survive.

"We believe that the Indian NBFCs are facing the worst crisis ever which will take its own course. While there are no short cuts, the delay in injecting liquidity in troubled enterprise and some targeted resolution mechanism is slowly spreading to other segments in the economy. We believe that the rising contagion of this menace can significantly derail the economic recovery," said Prabhudas Lilladher in its report. READ MORE

hare price of Ashok Leyland slumped nearly 4 percent intraday after the commercial vehicle maker closed its Pantnagar plant in Uttarakhand for 9 days. The firm, in its regulatory filing, said, “The company’s plant situated at Pantnagar will remain closed from July 16, 2019 to July 24, 2019 (both days inclusive), owing to weak demand and outlook for the industry.” READ MORE

TCS down 2% as stock trades ex-dividend

Shares of Tata Consultancy Services fell 2 percent today as the stock traded exclusive of its interim dividend price. Tata Consultancy Services offered to pay Rs 5 in interim dividend to shareholders post the announcement of its June quarter earnings earlier this month. The company's stock traded at Rs 2107.05, down by 1.78 percent on BSE at 12.26 pm. Meanwhile, the Sensex was up by 117.58 points, or 0.30 percent, to trade at 39,011.

Is it the right time to buy gilt funds?

In an environment where many debt fund categories are under pressure, gilt schemes have had a solid run over the past one year – delivering 11-18 percent returns, a bit more in the case of direct plans. Even longer-term performances over three and five years look good, with many schemes turning in near double-digit returns. These returns are higher than some equity fund categories as well. Given that there is no risk of default in government securities, they present an enticing investment case. READ MORE

Six of 10 stocks MFs bought in June were financials; oil & gas sold most 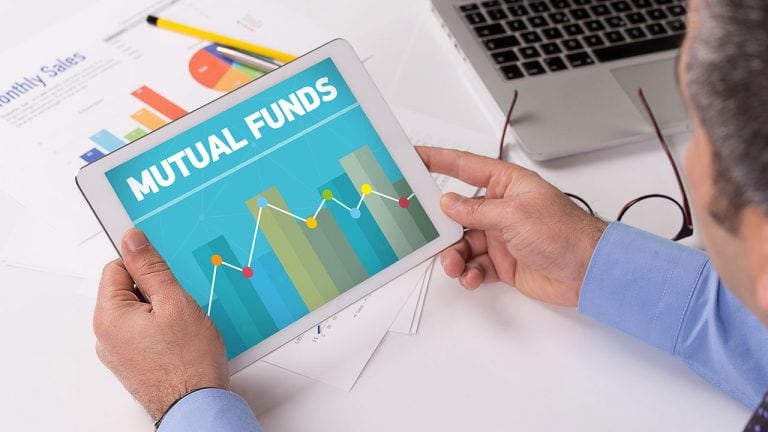 Despite the volatility, investors continued to park money in mutual funds, with inflows remaining steady and the contribution of systematic investment plans (SIPs) remaining stable at Rs 8,120 crore in June 2019.Get latest Market online at cnbctv18.com

Gold prices held steady on Tuesday as investors awaited U.S. retail sales data that could serve as an indicator of the strength of the world’s largest economy amid lingering concerns over global economic slowdown. Spot gold was up 0.1 percent at $1,415.19 per ounce, as of 0521 GMT. US gold futures were up 0.2 percent at $1,416.60 an ounce.

“Today we are sought of getting neutralised because we are heading into retail sales tonight. Investors are positioning realising there could be a knee-jerk reaction lower again if retail sales numbers come out strong,” said Stephen Innes, managing partner, Vanguard Markets. However, “I don’t think it (retail sales data) is going to make a huge difference in overall scheme of things as far as the Fed narrative goes,” Innes added.

Shares of Mahindra & Mahindra fell over 1 percent to Rs 624.05 as brokerage firm CLSA Asia Pacific Markets reportedly downgraded its rating on the stock to "sell" from "underperform." M&M has seen a deterioration in working capital at a time when capacity expansion and other investments have risen, which led to standalone free cash flow turning negative in 2018-19 (April-March), CLSA  noted in its report.

Infosys up for 5th straight session to hit record high

Shares of Infosys continued their rise for the fifth straight session, rising 1 percent to hit an all-time high of Rs 787.80 as investors favoured the stock post the company's strong sales growth guidance. So far in 2019, shares of Infosys were up nearly 19 percent, beating the Nifty IT's nearly 8 percent gain during the same period.

Shares of Dewan Housing Finance Corporation Ltd. (DHFL) witnessed a sharp surge on Tuesday, rising 14 percent in early trade, after hitting a 52-week low following a significant quarterly loss. The stock plunged more than 32 percent on Monday after the company reported a loss of Rs 2,224 crore — its highest quarterly loss — in the fourth quarter ended March 31. Auditors of the company, Deloitte Haskins and Chaturvedi & Shah, have sought more information from the management on the firm's financials. READ MORE

Sugar stocks rallied on Tuesday following a Reuters report that the Indian government has decided to keep sugar export subsidies despite complaints from rivals to the World Trade Organisation (WTO). "The industry needs government support for exports. It will be provided without violating the WTO framework," a senior government official involved in the policy making told Reuters. The export subsidies are designed to increase shipments from the world's second-biggest sugar producer and reduce their brimming inventories. READ MORE

Suzlon Energy is likely to default on redemption of its foreign currency convertible bonds (FCCBs) worth Rs 1,200 crore due today, reported The Economic Times, citing people involved in the matter. The firm has told bondholders to wait until lenders approve its proposed one-time settlement plan, the report said. READ MORE

Sebi issued 47 warning letters to mutual fund houses in the last financial year, and the watchdog in consultation with the central government is examining various issues related to mutual funds on a continuous basis. In a written reply to the Lok Sabha, Union minister Anurag Thakur said that Sebi, in its regulatory oversight, has noticed various irregularities with respect to the functioning of mutual funds like failure to identify and appropriate all the expenses in individual schemes as per regulatory requirements. READ MORE

Based on the current trend, the domestic pharma market is likely to grow at 10-12 percent in the current financial year, investment group CLSA said in its latest report. It added that Lupin, Dr Reddy’s and Glenmark look well-placed to outperform the industry growth. Indian pharma market grew 8.8 percent YoY in June 2019. With high single-digit growth in five out of six months of CY19, growth on a TTM (Trailing 12 months) remains robust at 10.4 percent YoY, it said. The research house believes that the growth continues to be led by the chronic segment, which saw a 13 percent YoY increase, while acute segment growth sustained at 9 percent YoY. READ MORE

Ashok Leyland to temporarily shut down plant over slow demand

The company reported 19 percent decline in total vehicle sales at 12,810 units in June as against 15,792 units in the same month last year. Total domestic sales were at 12,085 units last month as compared to 14,091 units in June last year, down 14 percent, the company said in a regulatory filing. READ MORE

Weak rural spending, a delayed and weak monsoon and the impact of increased axle load rules have caused a painful downturn on the makers of commercial vehicles, with all major companies imposing a halt on production in June, or cutting sharply production to manage a pile-up of inventory. Sales of commercial vehicles dropped by 12.27 percent in June, and 9.53 percent in the April-June quarter of 2019-20 from a year earlier, according to industry group SIAM. READ MORE

Asian shares tick up, US data, earnings in focus ahead of Fed Indian shares are likely to open little changed on Tuesday, tracking muted global cues, amid caution ahead of key June-quarter earnings and the US Federal Reserve meeting at the end of this month.