Here's a quick roundup of all the market action of the day:

- Nifty Down 165 Points and Sensex 489 Points From Recent Highs

- Most Large Cap IT Stocks Gain In A Weak Session, TCS Top Gainer

All sectoral indices, except Nifty IT and Nifty Realty, ended the day in red. Major selling was seen in the metal, banking and auto sectors. Nifty PSU Bank index fell the most, down 2.86 percent, followed by Nifty Metal and Nifty Media, which were down 2.6 percent and 2.3 percent, respectively. Nifty Bank also lost 0.8 percent, while Nifty Pharma declined 1 percent for the day. Meanwhile, Nifty Realty rose over 1.3 percent and Nifty IT added 0.5 percent during the day. 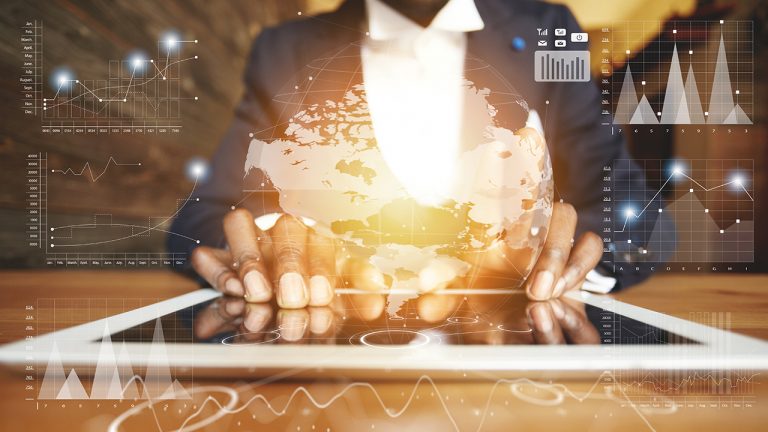 Global gold prices were trading in a narrow range on Tuesday as investors stayed on the sidelines, even as US President Donald Trump's move to slap tariffs on Brazil and Argentina stoked fresh global trade tensions. Spot gold slipped 0.1 percent to $1,460.92 per ounce by 0506 GMT. The US gold futures fell 0.2 percent to $1,466.60. Trump on Monday announced tariffs on US steel and aluminium imports from Brazil and Argentina "effective immediately", opening new fronts in his trade war. READ MORE

Life insurance stocks are taking a pause after the big rally: Find out why

The life insurance sector has witnessed a glorious rally this year. However, the scenario seems a little bit off currently after all the 3 companies seem to have taken a break from their earlier run towards lifetime highs. Edelweiss is expecting the Reserve Bank of India (RBI) to cut the repo rate by 25 to 50 basis points in the December monetary policy. One basis point is a hundredth of a percentage point.

FIIs buy equities worth over Rs 25,000 crore in November, highest since March

Foreign institutional investors (FIIs) have been aggressively buying Indian stocks. FIIs were net buyers of Indian equities worth Rs 25,231 crore in the month of November, recording the highest monthly inflow since March this year. FIIs have been buyers in 15 of 21 sessions in November. They invested a net of Rs 12,368 crore in October. 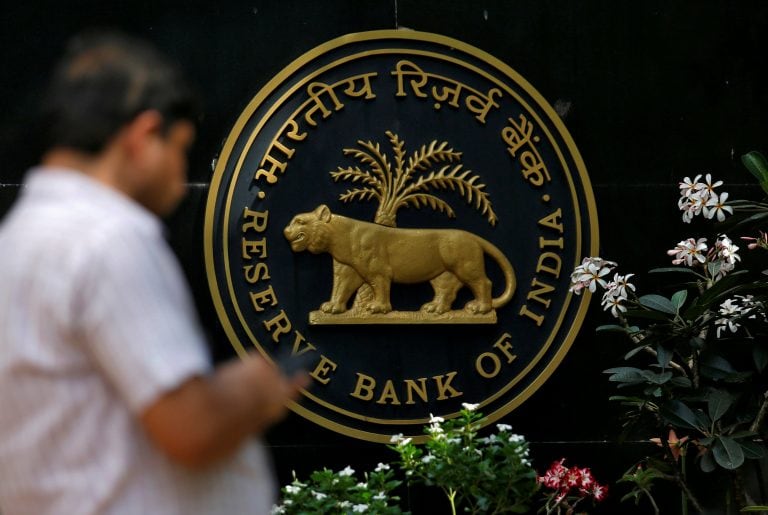 3.  Positive impulses from global markets to show up in the Indian economy

5.  Probability of a global recession stands at 20 percent

7.  Expect global growth to bottom out through 2020

8.  Trade issues are weighing on growth

9. Trade war escalation will not help President Trump in election

BSE Stocks Update: Only 8 out of 30 BSE stocks trading in the green

The 30-share Sensex slipped over 200 points to 40,601.67 due to the losses in YES Bank, Tata Motors, L&T, ICICI Bank and other heavyweights. Bajaj Auto was the top gainer in the index, rising 2.40 percent while YES Bank plunged 5 percent.

Nifty Realty and Nifty IT were the only Nifty50 sectoral indices to trade in the green. The country's largest public-sector lender State Bank of India (SBI) has filed an initial draft for an IPO for its credit card venture SBI Cards and Payments Services (SBI Cards).

According to a report by Macquarie, the IPO is expected to be around Rs 9,000-9,600 crore in size. The IPO is likely to hit the markets early next year.

SBI, which holds a 74 percent stake in the unit, along with private equity firm Carlyle Group, which holds the rest 26 percent through its subsidiary CA Rover Holdings, will together sell 13 crore shares or 14 percent of the company through the IPO.

Read more on this here.

Global brokerages Morgan Stanley and CLSA have retained a bullish stance on Bharti Airtel as they expect improvement in the company’s financials after it announced a tariff hike on Sunday.

The brokerage expects the company to see an improvement in profitability and balance sheet repair over the next few years along with a rise in average revenue per user (ARPU).

Biocon shares gain 5% on launch of Ogivri biosimilar in US

The shares of Biocon rose 5 percent on Tuesday after the company launched Trastuzumab biosimilar Ogivri in the US market. The company with its partner Mylan NV announced the US launch of Ogivri. Ogivri, a biosimilar to Herceptin, has been co-developed by Biocon Biologics and Mylan and will be available in 150 mg and 420 mg strengths.

In its BSE regulatory filing, Maruti Suzuki in its press release said, "The cost of the company's vehicles has been impacted adversely due to an increase in various input costs. Hence,  it has become imperative for the Company to pass on some impact of the above additional cost to customers through a price increase across various models in January 2020. This price increase shall vary for different models."

As per the NSE bid details, Ujjivan Small Finance Bank continued to receive a good response from the investors on Tuesday. As of 11:40 am, the issue received 0.72 times bids on Day 2 of the IPO issue. The shares of RBL Bank slipped over 3 percent on Tuesday after the company launched a qualified institutional placement (QIP) issue for a subscription.

The capital raising committee of the bank approved the floor price for the QIP at Rs 352.57 per equity share, at a 5.5 percent discount on Monday's closing price.

"We will offer a discount of not more than 5 percent on the floor price," it said in a release on the exchange.

The share price of NMDC slipped 3.31 percent intraday on Tuesday after the company's monthly production declined to 2.94 metric tonnes (MT) from 3.29 MT in the corresponding quarter last year.

The sales remained constant at 2.79 MT YoY in the month of November. 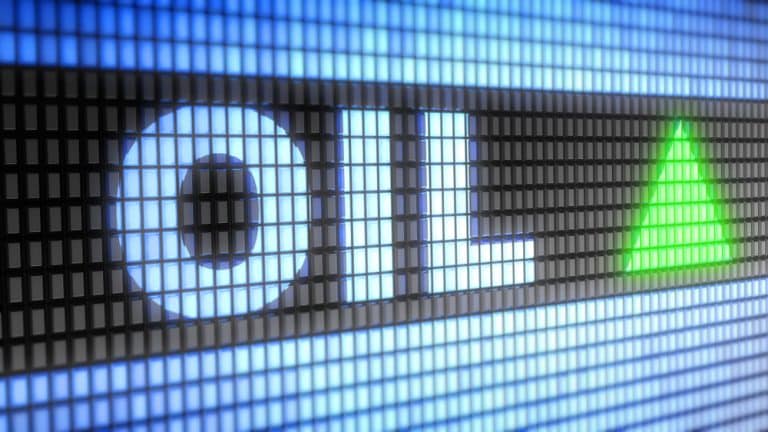 The share price of Vodafone Idea plunged over 10 percent intraday on Tuesday after CLSA retained 'sell' call on the stock.

CLSA in its report explained that the telecom company's key concern is its market loss. Gearing will be out of control at 5.9x despite EBITDA jump of 67 percent by FY22, it said.

The brokerage also added that the company will find it difficult to fund a hefty annual spectrum payment of Rs 16,000 crore despite a 40 percent tariff hike by FY22.

CLSA retained 'sell' call on Vodafone Idea but raised the target price to Rs 6.50 per share from Rs 5.50 per share earlier.

Anuj Singhal of CNBC-TV18 explains on what should a retail investor do with YES Bank now?

The YES Bank stock has more than doubled from the lows at which Rana Kapoor sold his stake and that had given a great trading opportunity where the risk-reward really favoured taking a punt and many people made a lot of money doing that. And if you remember we had spoken about that potential trade on the channel. But what now? Is that trade over? Is YES Bank still a buy? Or is it going back to its recent low? READ MORE

1.   Entered US market after getting approval from regulator

2.   Pharma company Amgen launched Trastuzumab at risk, in the US market

3.   See space for company and Mylan in the US market

4.   Have a profit share arrangement with Mylan; opportunity is sizeable

5.   Got both dosage forms of Trastuzumab in the US market

6.   Both dosages of Trastuzumab in US market will garner more market share

7.   Dominant dosage of Trastuzumab in the US market is 150 mg

8.   Believe company and Mylan are well-positioned in the oncology space

10. Have significant presence in Trastuzumab among emerging markets

11. Hoping to receive approval for insulin Glargine by March 2020

Zee Entertainment has faced allegations on corporate governance standards of the company raised by the Independent Directors who recently resigned from the board. Defending the company, Punit Goenka, MD & CEO of the company told CNBC-TV18 that the company has followed the highest level of corporate governance when it comes to disclosures and making things public. On the new board composition he said, the board has not been fully reconstituted yet, adding that to give confidence to their shareholders and institutional investors they would bring in people with digital and media expertise. READ MORE CNBC-TV18's top stocks to watch out for on December 3

RBL Bank: The bank will raise funds by issuing equity shares through the qualified institutional placement (QIP) route. The capital raising committee of the bank approved the floor price for the QIP at Rs 352.57 per equity share, at a 5.5 percent discount on Monday's closing price.

Biocon: Biocon and its partner Mylan have jointly launched cancer drug Ogivri, a biosimilar to Herceptin, in the US. The drug will be available in a 420 mg multi-dose vial and a 150 mg single-dose vial and will be used for treatment of all types of breast and metastatic stomach cancers.

Bank of Baroda will consider raising capital funds through the issue of capital debt instruments on December 5.

Two weeks after the Securities and Exchange Board of India (Sebi) has banned Karvy Stock Broking from taking new clients and executing trades, the Bombay Stock Exchange (BSE) and the National Stock Exchange (NSE) have suspended the licence of the broker on Monday, citing non-compliance of the regulatory provisions of the exchanges.

The action followed leading bourse NSE forwarding a preliminary report to Sebi on the non-compliance observed with respect to the pledging/misuse of client securities by Karvy Stock Broking.