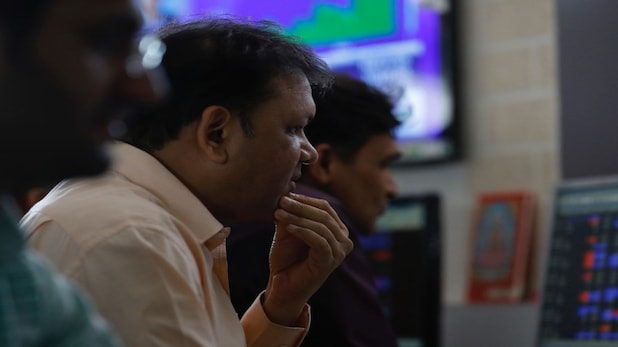 Indian markets surged over 1 percent on Thursday with Nifty closing above 11,550 levels on March F&O expiry, bolstered by financial, IT and realty stocks. Indiabulls Housing Finance, Zee, HCL Tech, Adani Ports, and UPL were the top gainers on the Nifty50, gaining up to 9 percent. while ONGC, Hindalco, Tata Steel, Dr Reddy's, and PowerGrid fell the most on the index.

Indian markets surged over 1 percent on Thursday with Nifty closing above 11,550 levels on March F&O expiry, bolstered by financial, IT and realty stocks. The expectation of Reserve Bank of India’s in its monetary policy decision scheduled next week, to slash interest rates to boost spending and the hopes of the current government returning to power also kept the sentiments lifted.

The S&P BSE Sensex settled at 38,545, up 412 points, while the broader NSE Nifty50 ended at 11,570, adding 125 points. Meanwhile, broader markets were in-line with frontline indices with the Nifty MidCap rising 1.2 percent and the Nifty Smallcap advancing 1 percent. Indiabulls Housing Finance, Zee, HCL Tech, Adani Ports, and UPL were the top gainers on the Nifty50, gaining up to 8 percent. while ONGC, Hindalco, Tata Steel, Dr Reddy's, and PowerGrid fell the most on the index.

Nifty Bank ended at record high for the second straight session, up 1.3 percent, with Bank of Baroda gaining over 6 percent and State Bank of India rising 3.4 percent. Among IT stocks, HCL Technologies was the top gainer on the index, advancing 4 percent. TCS rose 2 percent while Infosys gained 1.5 percent. The Index was up 1.7 percent.

Axis Bank gained nearly 50 percent in the financial year 2018-19 (FY19) and the trend is likely to continue, suggest market analysts. The bank has been moving up this year as well and hit a record high of Rs 770 on March 27. The stock has rallied over 23 percent so far in 2019. Brokerages are bullish on the bank's profitability and see more upside ahead.

CLSA has a buy rating on the stock with a target price of Rs 840 per share. According to the brokerage, the management of the bank has reiterated its target of 18 percent return on assets over three years. It also expects earnings recovery in FY20. READ MORE

The company said no further discussions or decision made by board with respect to strategic investor in its clarification to reports of Pirarmal, Baring PE in talks for a majority stake in company.

Rohit Shrivastava, Fund Manager PMS at Sharekhan, expects a lot of setbacks in earnings and believes that could pressurise the market, leading to Nifty falling below 11,000. “Likely to see a lot of setbacks as far as earnings are concerned which is why there will be pressure on the market and you need to be open to the idea that you can head back below 11,000, maybe retest 10,800-10,600,” said Shrivastava. Watch full interview here

IT major Infosys on Thursday said it has agreed to acquire a majority stake in Stater NV, a unit of Amsterdam-headquartered ABN AMRO, for 127.5 million euros to expand its financial-service solutions business in Europe. Stater offers end-to-end mortgage administration services in the Netherlands, Belgium and Germany. ABN AMRO will continue to hold the remaining 25 percent of the shareholding. Shares of Infosys gained 1.5 percent, at the BSE, after the announcement. READ MORE

Mehul Choksi, one of the two businessmen allegedly involved in perpetrating India's biggest ever banking fraud, on Wednesday said he was not a partner in any of the firms under scrutiny for the scam, claiming he had quit them in 2000. In a statement issued by his lawyers, the raids against him were on the basis of "an old and dated 'Know Your Customer' (KYC) document" submitted by him to the Punjab National Bank in 1995.

"Mr Choksi had sought to correct the details of this KYC on several occasions. He was not a partner in any of the firms under scrutiny for the purported scam being investigated at that time. In fact, Mr Choksi had quit all these firms way back in 2000," it said. READ MORE