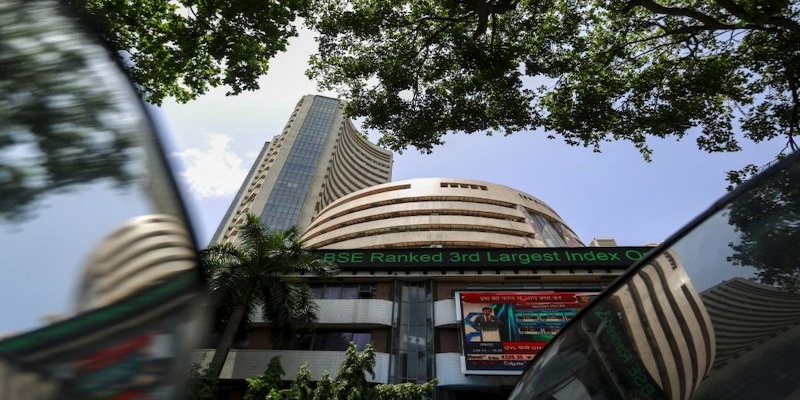 Indian market was volatile ahead of expiry, but closed Thursday’s session largely higher with market breadth mildly in favour of advances. The BSE Sensex slipped 234 points from highs to end with a gain of 157 points at 35,807 and the NSE Nifty50 falling 54 points from highs, but holding on to 50-day moving average of 10,770 with close coming in at 10,780.

Reliance Industries, Infosys and ITC kept benchmark indices in the green, while financial stocks of HDFC Bank, Kotak Mahindra Bank and SBI limited gains. These three also led Nifty Bank 108 points lower to settle at 26,852. The Nifty Midcap Index, led by RBL Bank and Federal bank, ended the session 58 points higher at 17,631.
Amongst Nifty stocks, oil marketing companies made a sharp recovery from lows as crude failed to hold overnight gains. Brent slipped below $54 per barrel and Nymex just above $45 per barrel.
For the December series, both benchmark indices declined by a percent each. The Nifty Bank slipped 0.2 percent,  but the Nifty Midcap Index outperformed with a gain of over a percent. Amongst sectoral indices, Nifty PSU Bank was the top gainer in this series, while Metals and Pharma underperformed.
In the derivatives space, Nifty 10,800 Call option of January contract added more than six lakh shares in the open interest with premium moving 2percent higher. And 10,700 Put option added more than 9 lakh shares in the open interest with premium slipping 4 percent. Nifty January Futures closed with a premium of 28 points against the spot price of 10,780.
Asian shares rose following an overnight historic surge on Wall Street. Japan's Nikkei 225, which has veered in and then out of bear market territory this week, surged 3.88 percent to close at 20,077.62.
The Topix jumped 4.9 percent to finish at 1,501.63 as the two indexes climbed for the second-straight day after their Christmas Day tumble.
In Australia, the ASX 200 rose 1.88 percent to close at 5,597.2, with all sectors seeing gains.
South Korea's Kospi closed largely flat at 2,028.44.
The mainland Chinese markets, which have been closely watched as a result of Beijing's trade war with Washington, bucked the overall positive trend to see losses on the day.
The Shanghai composite fell around 0.61percent to close at about 2,483.09, while the Shenzhen composite fell 1.2 percent to finish its trading day at approximately 1,264.23. Hong Kong's Hang Seng Index also slipped about 0.4 percent.
Disclosure: Network18, the parent company of CNBCTV18.com, is controlled by Independent Media Trust, of which Reliance Industries is the sole beneficiary.
Check out our in-depth Market Coverage, Business News & get real-time Stock Market Updates on CNBC-TV18. Also, Watch our channels CNBC-TV18, CNBC Awaaz and CNBC Bajar Live on-the-go!