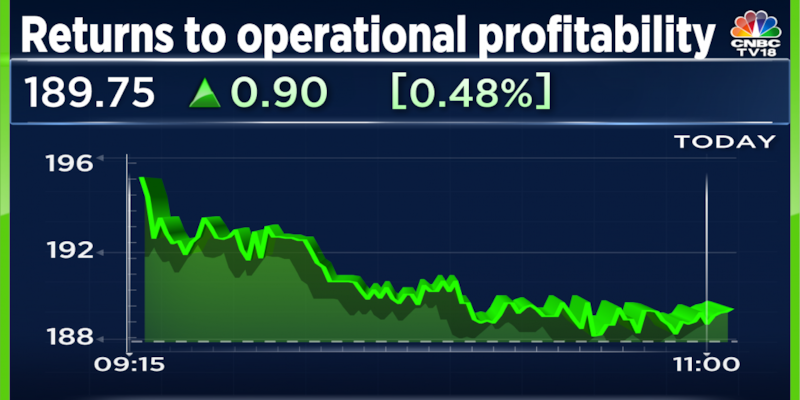 The company returned to operational profitability as compared to an operating loss during the same period last year.

Shares of Lloyds Metals and Energy are fluctuating in Wednesday's trade even after the company registered an operating profit for the September quarter.
The Mumbai-based company reported a net profit of Rs 142 crore in the September quarter, compared to a net profit of Rs 31 lakh during the same period last year.
EBITDA or the company's operating profit surged to Rs 156.9 crore, compared to an operational loss of Rs 60 lakh in September 2021.

Shares of the company jumped as much as 3.7 percent in early trading on Wednesday only to pare all of them by 11 AM.

However, the stock has more than doubled in value over the last 12 months and has gained 80 percent so far this year.

On the topline front, the company's revenue increased to Rs 673.6 crore, compared to Rs 100.3 crore year-on-year. Growth in revenue was led mainly by the Sponge Iron and mining business. The company's power business remained subdued year-on-year.

Despite the return to operational profitability, the company remains loss-making for the six-month period this financial year. It reported a net loss of Rs 787.62 crore during the first six months of the year. The same period last year had a net profit of Rs 13 lakh.
(Edited by : Rukmani Krishna)
Check out our in-depth Market Coverage, Business News & get real-time Stock Market Updates on CNBC-TV18. Also, Watch our channels CNBC-TV18, CNBC Awaaz and CNBC Bajar Live on-the-go!