Indian benchmark indices BSE Sensex and NSE’s Nifty ended over a percent on Tuesday, tracking positive trends in global markets and improved domestic sentiments amid overseas fund inflows. The Sensex settled 480 points higher led by Reliance Industries, ICICI Bank and HDFC twins. The Nifty50 closed at 11,301, rising over a percent. The broader market strength lost steam in the second half and ended nearly half a percent higher. In global markets, Asian shares rallied after the European Commission agreed to changes in a Brexit deal ahead of a vote in the British parliament on a divorce agreement. Here are the main highlights from the stock markets today: 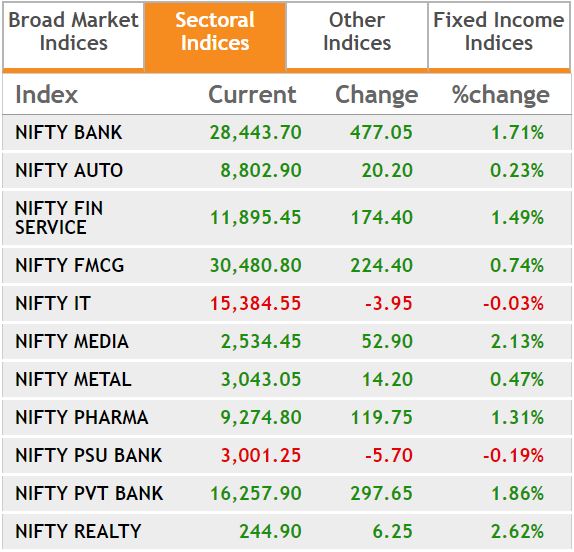 The BSE Sensex settled 481.56 points higher, or 1.30 percent, at 37,535.66 at close. The NSE Nifty50 added 133.20 points, or 1.19 percent, to settle at 11,301. Benchmark indices closed at fresh 6-month closing highs. The Nifty MidCap Index underperformed, retreating from the day's high to settle just 0.46 percent higher. The Bank Nifty was clearly the start of the day with the sectoral index surging to record high of 28,488.10 intra-day for the first time since August 28, 2018. Bharti Airtel ended as the top Nifty gainer with the telco surging 14 percent in the last two sessions. Reliance Industries crossed high of Rs 1329 per share. HDFC Bank and ICICI Bank contributed 80 percent to Nifty Bank gains.

General elections 2019: How Sensex performed during last 4 poll quarters
Indian shares appear to have started their pre-election rally in March as the nation prepares for the 2019 Lok Sabha elections. Get latest Market online at cnbctv18.com 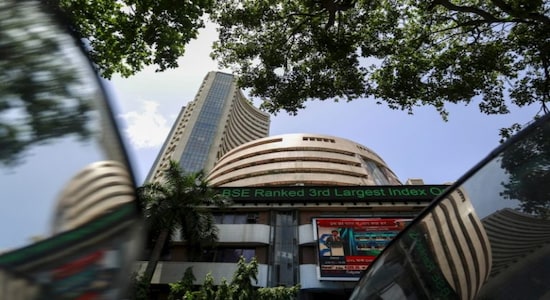 Shares of information technology companies underperformed the broader market as the rupee hit an over two-month high of 69.51 against the US dollar today. Strength in the rupee hurts these companies as they earn a major chunk of revenues in the greenback. The rupee has gained 1.6 percent this month and was up 0.4 percent today at 69.60 a dollar. The Nifty IT index was flat, while the Nifty 50 has gained over 1 percent today. Shares of Infosys, Tech Mahindra, Mindtree, Tata Consultancy Services were down 0.1-1.2 percent, while those of other companies in the sector were marginally up.

Shares of Manpasand Beverages hit a three-month high of Rs 120 today, having risen for the ninth straight session, which is the stock's longest gaining streak since April. The stock has gained nearly 63 percent during this time. The broad-based buying in mid-cap and small-cap stocks, especially those which have been beaten-down has picked up over the last 10 days as the risk appetite in the market is improving. Manpasand Beverages had seen extreme selling in 2018 because of corporate governance concerns that arose after its auditor resigned unexpectedly. The rally in the stock is likely to continue this week and the stock is seen testing its resistance of Rs 135 soon, a technical analyst said. So far today, 2.85 million shares of the company changed hands on the National Stock Exchange, seven times higher than the three-month daily average of 403,400 shares. At 1.47 pm, shares of the company were up 13.6 percent at Rs 117.15. (Cogencis)

Shares of Gujarat Gas rose for the ninth straight day today and hit a one-month high of Rs 153.50 as analysts believe the National Green Tribunal's recent order to all ceramic units that operate on coal gasifiers in Morbi, Gujarat, to switch to gas or shutdown operations will benefit the company. The move is seen to benefit Gujarat Gas immensely as it will boost volumes, and eventually earnings, of the company that is the sole supplier of natural gas in Morbi, said analysts in recent reports. At 1.40 pm, shares of the company traded 5 percent higher at Rs 148.30. The stock has gained 28 percent in its recent period of uptrend. 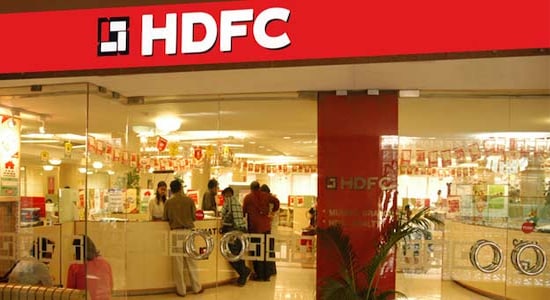 The latest analysis and commentary by stock market gurus Sudarshan Sukhani, Mitessh Thakkar, and Gaurav Bissa of LKP Securities on what is moving the markets today. Check out their top stock recommendations.

Oil prices rose on Tuesday, lifted by healthy demand and output cuts led by producer group OPEC, although the gains were capped by the ongoing surge in U.S. supply while analysts warned of risks to the global economy.

Bank of America Merrill Lynch said despite economic headwinds "we still see Brent prices averaging $70 per barrel this year and expect WTI to lag, averaging $59 per barrel in 2019."

This was was partly due to demand for marine diesel expected from next year as part of new fuel rules from the International Maritime Organization, it said.

"With diesel yields already maxed out, refiners may need to lift runs in 2H19 to meet rising demand for marine distillates," it said.

The Indian rupee rose to its highest in two-and-a-half months on Tuesday, buoyed by strong foreign inflows into shares, dealers said. The absence of the Reserve Bank of India's intervention in the forex market added to the rise, they added. The rupee rose as high as 69.56 per dollar, its strongest since January 2 and 0.47 percent firmer than Monday's close of 69.89. By 0558 GMT, it was slightly off the session peak at 69.59. READ MORE

Rupee hits two-and-a-half months high as inflows surge; RBI not spotted
The rupee rose as high as 69.56 per dollar, its strongest since January 2 and 0.47 percent firmer than Monday's close of 69.89. 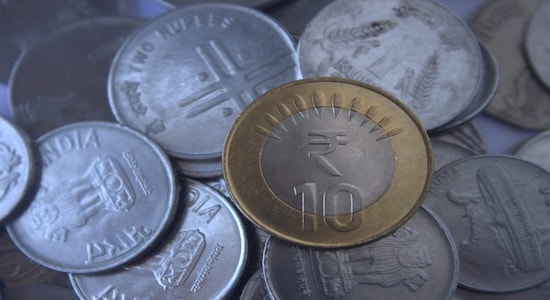