Jet Airways has become a trading item with 'no asset value'

Jet Airways, the debt-ridden airline is currently sitting non-operational for the last two weeks after the company's lenders failed to infuse urgent capital required to run operations. The shutdown has impacted the stock negatively but its worst fate was decided last year itself when the stock could not breach its Rs 366 level. 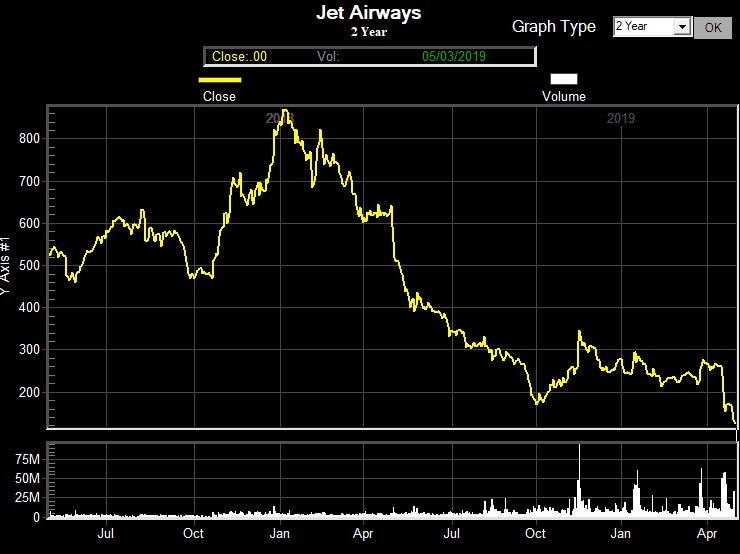 Jet Airways exponential growth in the initial years was a sign of defeat. The high taxed aviation turbine fuel and leasing of aeroplanes landed the company in a vulnerable position. This started to create a large pile of debt, which was avoided in the beginning. Increase in crude oil prices last year finally hit the airlines hard, and Jet had to quit the industry.

In terms of results, the company continued to gain increased revenue over the years but its total expenses also remained the same. With quarters gone by, its net profit started to decline and eventually became negative.

In terms of valuation, Jet stands at a negative P/E (Price-to-Earnings) of 0.34x coupled with negative EPS (Earnings per share) of 373.62. The stock is now only a trading item for all the enthusiastic market participants. Most brokerages believe that its share price would go as low as Rs 50 per share after which it will turn into a penny stock.
Tags aviation india jet airways Markets Stock market Stocks
Published : May 03, 2019 12:52 PM IST