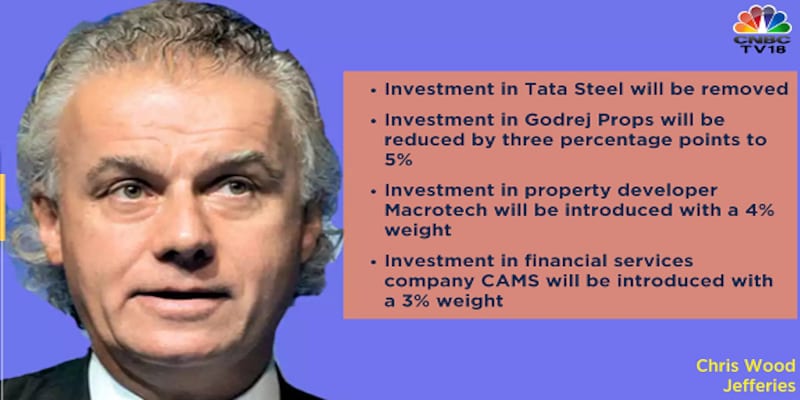 Jefferies' Chris Wood said the brokerage will remove investment in Tata Steel and introduce property developer Macrotech Developers (Lodha) and financial services firm Computer Age Management Services (CAMS). It will also reduce the weight of Godrej Properties. Macrotech will now have a weightage of four percent in the portfolio and CAMS of three percent. 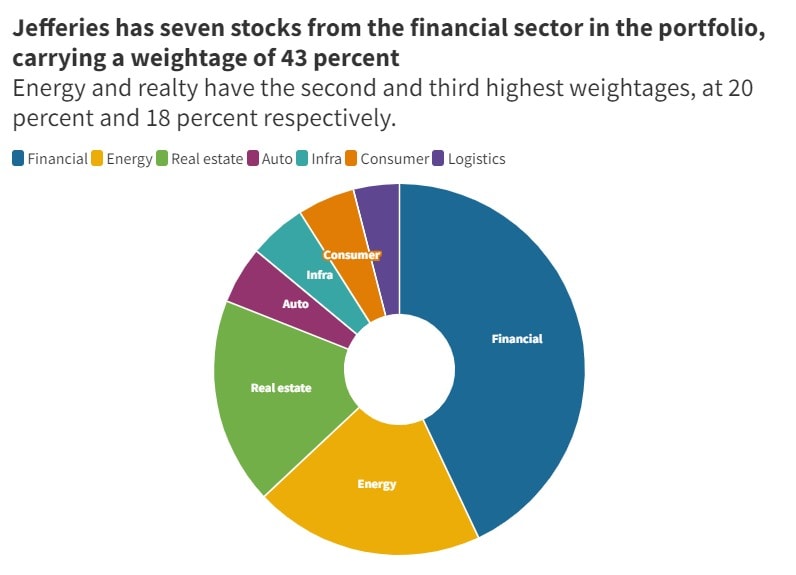 Wood also said the investment in Godrej Properties will be reduced by three percentage points to five percent.
The most important issue for the markets in 2022 remains whether and when the Fed will adjust its language, which would in turn be a sign of a change in policy "just as the dropping of the word 'transitory' was in late November 2021", Wood wrote in his "GREED & fear" report — his weekly notes to investors.
ALSO READ:
Chris Wood says Sensex @ 1,00,000 eminently achievable
"Such a development will happen at some point this year, with the timing dictated as much by market action as by the data. Still if GREED & fear had to guess at the timing it would be late third quarter given the growing proximity of the mid-term elections by then," he added.
Here's what the brokerage's India long only portfolio looks like:

Chris Wood has made some changes to Jefferies' India long-only portfolio. @nimeshscnbc brings us the details pic.twitter.com/CrO2WNmHb9