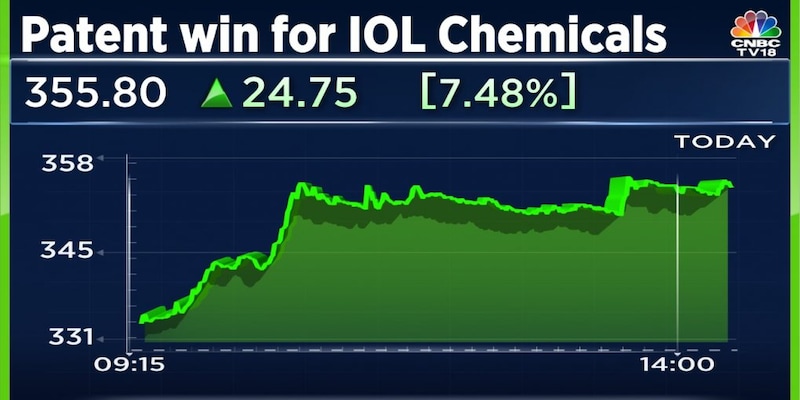 The company has been granted a patent for the invention entitled ‘an improved safe process for the preparation of Sartan Drugs of Formula I’.

Shares of IOL Chemicals and Pharmaceuticals Ltd., a specialty chemicals and active pharmaceutical ingredient (API) company, surged on Thursday after the company informed the exchanges that it has been granted a new patent.

IOL Chemicals said that the Controller of Patent, Indian Patent Office, Government of India, has granted it a patent for the invention entitled ‘an improved safe process for the preparation of Sartan Drugs of Formula I’.

Valsartan, Losartan, Irbesartan, Olmesartan, Candesartan, and other Sartan drugs are a class of medicines known as angiotensin II receptor blockers (ARBs) that are used to treat high blood pressure and heart failure.

Reacting to the development, the stock price hit a high of Rs 356.30 in intra-day trade.

The company had also informed the bourses that it had been granted a Patent on the “Sitagliptin Process” from the Indian Patent Office on 2 November.

Last month, the board of IOL Chemicals approved an investment of $2.1 million in USpharma Ltd., a United States-based company that specialises in drug delivery technologies.