Infra stocks a good bet ahead of Union Budget? Here's what to expect

Infra stocks a good bet ahead of Union Budget? Here's what to expect 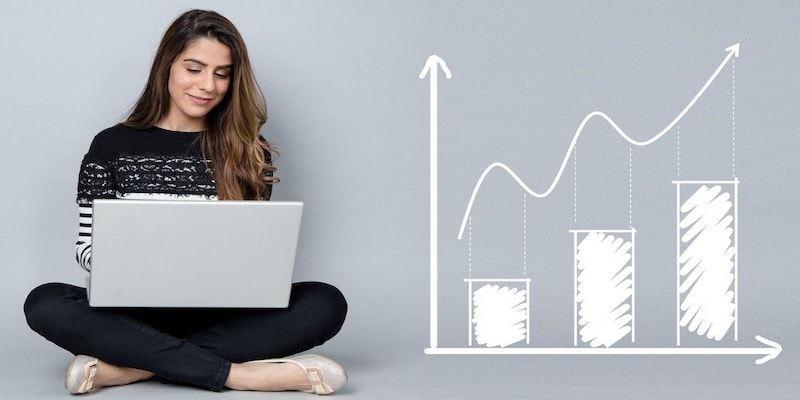 The expectation of some big bang measures in the Budget, likely to be presented on February 1, has prompted investors to place bets on infrastructure players. In the past year, the Nifty Infra index has climbed 36 percent higher against Nifty50’s 25 percent rise. Further, several market participants have ruled out the scenario of a complete lockdown which means the infrastructure sector is unlikely to take any major hit.

The infrastructure sector is expected to be in the limelight ahead of the Union Budget for 2022-23 as some significant announcements for the sector are highly likely.

Finance minister, Nirmala Sitharaman, had said at a Leadership Summit earlier in December that infrastructure development is one of the key focus areas of the Indian government and the emphasis on infrastructure spending in some form or the other will continue.
With pre-budget meetings already underway, Sitharaman has reportedly pulled up infrastructure ministries for their ‘sluggish performance’ on capital expenditure and asked them to step up productive spending to stimulate the economy.
Also Read |
Rate hikes unlikely to hinder rally in equities: White Oak Capital CEO
The expectation of some big bang measures in the Union Budget, likely to be presented on February 1, has prompted investors to place bets on infrastructure players. In the past year, the Nifty Infra index has climbed 36 percent higher against Nifty50’s 25 percent rise.
“The upcoming Union Budget is expected to have a huge infra push from a dual perspective - Government capital expenditure will be increased to support the economy as it transitions to recovery and the main focus would be the detailed outline of National Monetization Plan where the government would be leasing infrastructure assets to the private sector. This is expected to fetch revenues of up to $100 billion in the next few years,” said Priyam Shah, investment analyst at a wealth management firm.
Even as the Indian government has spent heavily through budgetary allocations over the past few years, challenges on the fiscal front have constrained an all-out infrastructure capital expenditure-driven stimulus, analysts believe.
Also Read | View | Infrastructure sector reforms – building India at scale
Another reason for major announcements for the sector is that the government has taken pro-growth measures so far to support the flagging economy. An infra push can have a multiplier effect on the economy which is seen supporting recovery and growth.
The centre has launched an ambitious plan of spending Rs 111 trillion through the National Infrastructure Pipeline and has rolled out other initiatives like ‘Make in India’ and Production-Linked Incentive (PLI) schemes to help India become a manufacturing hub and more competitive globally.
Systematix Institutional Equities has estimated that the overall infrastructure capital expenditure will grow at a compounded annual growth rate (CAGR) of 11.4 percent over FY21-26, mainly due to spending on water supply, transport and urban infrastructure. This is in comparison to a 19.4 percent CAGR witnessed over FY13- 19.
“Smaller niche players with specific exposure to these segments are a better play on the opportunity than larger diversified players that are more exposed to economy-wide slowdown,” the brokerage highlighted.
Talking about the impact of COVID, several market participants have ruled out the scenario of a complete lockdown which means the infrastructure sector is unlikely to take any major hit.
“Unlike the first and second waves of COVID, the world is in a much better position today in terms of medical infrastructure and vaccination count, hence, we believe that the Omicron impact would be minimal and short term. One could expect limited restrictions or a quasi-lockdown, but the chances of a complete lockdown are less. Therefore the impact on infrastructure companies would be short term and should not be more than a quarter,” said Vinit Bolinjkar, Head of Research at Ventura Securities.
Hemang Kapasi, Head of Equities at Sanctum Wealth, sees infrastructure companies well-poised to increase their order books with the government spending on infrastructure continuing both at the centre as well as state level.
Also Read | 5 new trends that will shape insurance industry in 2022
Kapasi also remains positive on the infrastructure sector and suggested one should invest in companies that ideally have order books with 3-4 year execution visibility and low debt levels along with healthy return ratios. He further added that asset-light model companies would be a preferred investment bet. He suggests avoiding companies with stressed working capital and high leverage.
NCC is Systematix Institutional Equities’ top pick in the sector for its inexpensive valuations, significantly improved balance sheet and strong order backlog. The brokerage firm has recommended ‘buying’ Larsen & Toubro, KNR Construction and PNC Infratech.
“We believe that rail, road, ports and logistics companies are expected to get the direct benefit of government’s aim to increase manufacturing sector share in GDP from the current 16 percent to 25 percent by FY25. We recommend Adani Ports & Special Economic Zone, Gujarat Pipavav Ports and Larsen & Toubro in this space,” said Bolinjkar.
He added, “In addition, power, capital goods and cement will get indirect benefits in infrastructure push for which we recommend Adani Transmission, Adani Green Energy, KEC International and UltraTech Cement”.
At a time when several market experts see good investment bets in the sector, Shah has cautioned that infrastructure is a tricky space to have exposure to.
“For the risk-averse, INVITs would be a much safer option to play the sector. For direct equity, one should focus on companies with low leverage and have a proven track record of completing projects and a good management team. A company like Larsen & Toubro would be a prime example of a good infrastructure stock to bet on,” Shah said.
Catch all LIVE stock market updates here.
(Edited by : Santosh Nair)
Note To Readers

(Disclaimer: The views and investment tips expressed by investment experts on CNBCTV18.com are their own and not that of the website or its management. CNBCTV18.com advises users to check with certified experts before taking any investment decisions.)