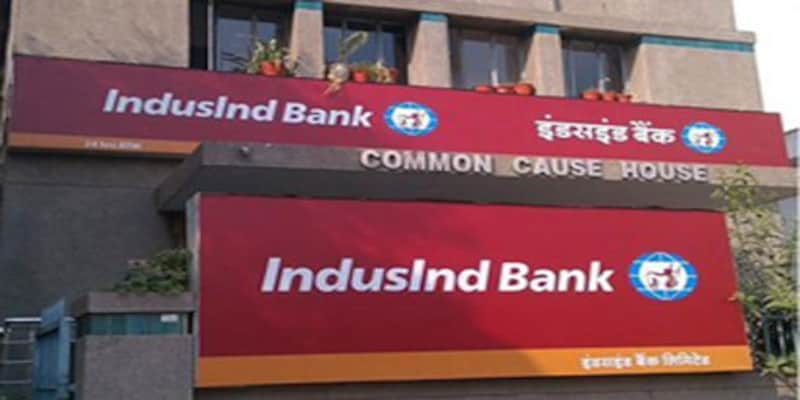 The sentiment was also lifted on reports that US-based hedge fund Route One Investment Company initiating talks to increase its stake in the lender.

Shares of Indusind Bank have gained over 18 percent in the last three days since the bank announced its June quarterly updates. The sentiment further turned bullish on reports that the US-based hedge fund Route One Investment Company has initiated talks to increase its stake in the lender. In intra-day deals on Wednesday, the IndusInd Bank stock jumped 10 percent in to Rs 577.8 per share on BSE. Since Monday, the stock has gained 18.5 percent.

“Route One Investment Company currently holds a 5.41 percent stake in IndusInd Bank through two entities. The plan is to hike it to around 9.9 percent via a preferential allotment of shares. But a final call is yet to be taken by the bank’s board,” a Moneycontrol report stated.
It added that RBI was approached for permission and Route One Investment Company has obtained the requisite approval from the regulator for the stake hike.
In the quarterly update, the bank announced that its net advances rose more than 4 percent to Rs 2 lakh crore on a YoY basis. However, on a sequential basis, the net advances of the lender contracted 3.1 percent.
Meanwhile, deposits stood at Rs 2.11 lakh crore in Q1 FY21, up 6 percent from Rs 2 lakh crore in Q1 FY20, the lender said in a quarterly update. Retail deposits and deposits from small business customers amounted to Rs 67,318 crore in Q1 FY21, or 31.8 percent of the total deposits reported during the quarter, it added.
CASA ratio stood at 40.2 percent in Q4 as against 43 percent in the year-ago period.
While maintaining a bullish stance, global brokerage Jefferies said that the lender's recent trends on micro, CV loans and retail deposits look encouraging. Better scale-up of CASA and cost control could drive earnings upside, it added.
The brokerage has a 'buy' call on the stock and raised its target to Rs 620 per share from Rs 520 earlier as valuations look attractive at current levels, it said.
The stock has recovered, gaining over 26 percent in the last 1 month. It has declined 62 percent in 2020 YTD. It is the worst-performing stock on the Nifty Bank index for 2020 due to exposure to vulnerable corporates.
In comparison, the Nifty Bank has gained 8 percent in the last 1 month but lost over 29 percent YTD. Meanwhile, benchmark Nifty has gone up 6 percent in the last one month and fallen 11 percent YTD.
For Q4, the lender reported better than expected results. While IndusInd Bank’s net profit in Q4FY20 fell 16.17 percent year-on-year (YoY) basis to Rs 301.84 crore, the lender's operating performance improved led by a rise in net interest income (NII) and net interest margin (NIM).
Check out our in-depth Market Coverage, Business News & get real-time Stock Market Updates on CNBC-TV18. Also, Watch our channels CNBC-TV18, CNBC Awaaz and CNBC Bajar Live on-the-go!