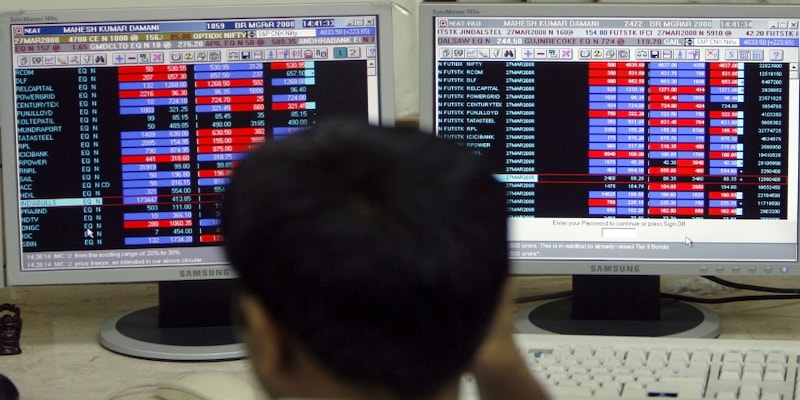 The broader indices, the Nifty Midcap index and the Nifty Bank too ended flat at 17,592 and 26,826 respectively. Financial stocks, HDFC, HDFC Bank and Kotak Mahindra Bank dragged the market, while Infosys, Bharti Airtel and Reliance Industries Ltd helped it close with minor gains.
Yes Bank saw a gain of over 3 percent after reports of Brahm Dutt likely becoming the part-time non-executive chairman of the bank. Dutt has been on the board of Yes Bank since 2013.
However, minor gains in the market failed to turn market breadth in favour of advances. The NSE Advance-Decline ratio was 1:1 at the close. Put-call ratio too increased to 1.54 from Thursday’s level of 1.50 percent.
From the midcap space, Max India was amongst top gainers on reports of Radiant Life Care buying Max Healthcare. But, Fortis Health slipped 7 percent after the Supreme Court put its sale to Malaysian group IHH Bhd on hold.
For the week, the Sensex, Nifty and Nifty Bank gained 1 percent each, while the Nifty Midcap Index outperformed with a gain of over 3 percent.
In the derivatives space, the Nifty 10,700 and 10,800 Put options added nearly 6 lakh shares each in the open interest with premium of both the options moving 4 percent lower.
And, the call option of 11,000 added 2 lakh shares in the open interest with premium slipping 14 percent. The Nifty December Futures closed with a premium of 17 points against a premium of 33 points on Thursday.
On the global front, shares in Asia closed lower on Friday as China reported a slew of economic data that missed expectations, deepening worries about headwinds facing the world’s second largest economy.
China reported that industrial production in November grew 5.4 percent year-on-year, lower than the 5.9 percent that Reuters projected. Retail sales in the country rose 8.1 percent last month, below the 8.8 percent expected and the weakest pace since 2003, according to Reuters’ records.
Greater China markets fell on Friday. The Shanghai Composite ended the day 1.53 percent weaker at 2,594 and the Shenzhen Composite closed 2.46 percent lower at 1,327.
Hong Kong’s Hang Seng Index declined 1.6 percent. Australian markets also fell. The ASX 200 declined 1.05 percent to 5,602 points at Friday’s close and the Australian dollar was at 0.7183 against the US dollar, below Thursday’s 0.7226.
Other Asian markets were also in negative territory. South Korea’s Kospi slipped 1.25 percent to end the day at 2,069.38. Over in Japan, the Nikkei 225 declined by 2 percent to close at 21,374, while the Topix index was down 1.51 percent to 1,592.16 at the end of Friday’s session.
Check out our in-depth Market Coverage, Business News & get real-time Stock Market Updates on CNBC-TV18. Also, Watch our channels CNBC-TV18, CNBC Awaaz and CNBC Bajar Live on-the-go!