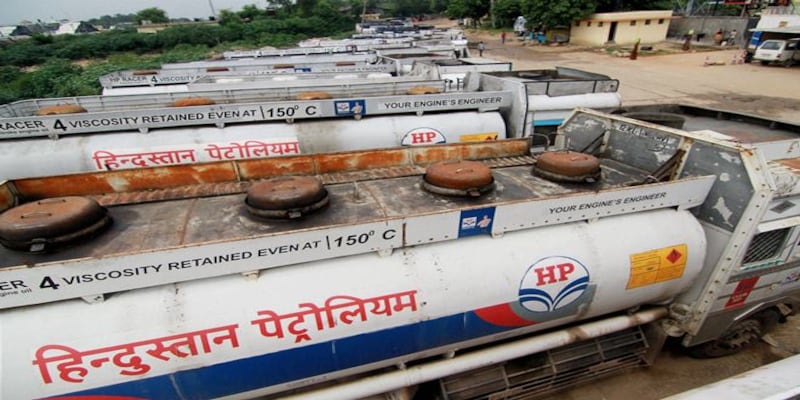 The company earned $5.11 on every barrel of crude oil turning into fuel in Q2FY21 as compared to $2.83/barrel for the same quarter previous year.

The stock gained as much as 10 percent to Rs 205.35 per share on the NSE. At 1:58 pm, the shares traded 9 percent higher quoting Rs 203.6 apiece.
The rise in refining margins and inventory gains aided the Q2 net profit of the company, which came in at Rs 2,477 crore as compared to Rs 1,052 crore a year back.
The company earned $5.11 on every barrel of crude oil turning into fuel in Q2FY21 as compared to $2.83/barrel for the same quarter previous year. Besides, the firm also had a forex gain of Rs 524 crore.
It also announced a buyback of up to 100 million (10 crore) shares of Rs 250 apiece amounting to a total of Rs 2,500 crore. This will be done via the open market route, said the company's exchange filing.
The buyback programme will not involve the participation of the fuel retailer's parent company i.e. ONGC. Also, in the open market route, the Sebi restricts promoter participation.
Track our market live blog to receive all stock updates
(Edited by : Jomy)
Check out our in-depth Market Coverage, Business News & get real-time Stock Market Updates on CNBC-TV18. Also, Watch our channels CNBC-TV18, CNBC Awaaz and CNBC Bajar Live on-the-go!