Portfolio management services (PMS) have been under pressure since the beginning of this year due to the extreme volatility in the equity markets. However, according to PMSBazaar.com, 127 PMSes have added 196 unique stocks in their portfolios, with single-stock weight as high as 32 percent allocation.

Meanwhile, the 10 most-owned stocks in top-5 PMSes are a combination of 7 large-caps and 3 mid-caps, said the data.

Meanwhile, from the mid-cap segment, Aarti Industries was a part of 14 portfolios while PI Industries and Sanofi India were in 11 portfolios each, said the data further. 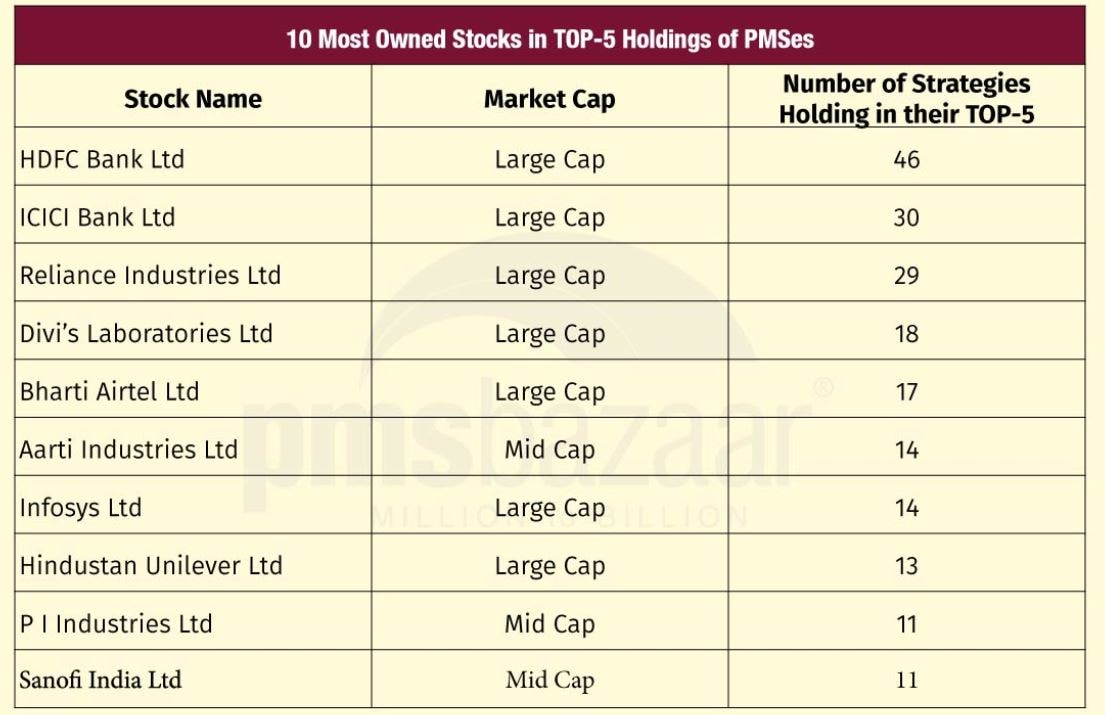 Sanofi India is a new entrant in the mid-cap list, the data added.

The month of May might have remained bad for investors but PMSes made good returns because the portfolio managers often wait patiently for stock to reach its optimum value without being distracted from inflows and outflows.

" Financials was the most influential sector in the indices, though their clout has gone down due to COVID-linked correction. Till the market discovers the leaders of the next long-term rally, financials appear to be the status-quo choice," said PMSBazaar.com.

It further said that the small-cap most-owned stocks in May 2020 were dominated majorly by specialty chemicals and pharma stocks, while mid-caps list was primarily made up of pharma and healthcare stocks.

Highest allocation in the PMS

The higher concentration of a stock increases in portfolios when PMS managers show increased conviction in stock ideas.

According to the data, the single-stock allocation weight for Aarti Industries was as high as 32.25 percent in top-5 PMSes followed by Alkyl Amine Chemicals (21.93 percent), Fortis Healthcare (20.16 percent), JK Paper (20 percent), Bajaj Finance (19.05 percent) and so on.