FPIs pull $4.5 billion from stocks in March so far after buying selectively in February

Updated : March 18, 2020 01:46 PM IST
During February, the FPIs have bought Rs 24 billion worth retail sector stocks, Energy sector saw buying of Rs 13 billion and Telecom Rs 7 billion.
So far in March, FPIs have sold equities worth $4.5 billion and bond outflows exceed $4 billion.
Systematic outflow from equities as an asset class via ETF route is negative for all emerging markets including India flows.

Foreign portfolio investors (FPI) have been selective in buying in the Indian stock market during the month of February 2020. However, the economic disruption caused due to coronavirus outbreak globally has led to a massive outflow of foreign capital from Indian equities in March. The global financial markets turned jittery as the rapid spread of coronavirus raised fears of global recession which led to a massive outflow of capital from emerging markets and steep correction in equities worldwide.

Indian stocks too entered a "bear market" after falling more than 20 percent from their recent highs.

However, selling in mid and small-caps may not have been significant given the lower underperformance versus previous instances of large drawdowns, analysts said.

In previous cases of market crash such as the global financial crisis of 2008, broader markets, Mid and small caps, were clearly in euphoric zones. However, broader markets do not indicate any euphoria currently as they have witnessed significant underperformance since the beginning of 2018, according to a report by ICICI Securities. Meanwhile, mutual funds (MF) have been buying across size caps and sectors except IT, PSU banks and Metals.

Within size segments, buying by mutual funds was largely focused on large caps. The MFs have bought large-cap stocks worth Rs 134 billion, mid-cap worth Rs 26 billion and small-caps Rs 16 billion.

According to the trend, the mutual funds continued to mobilize higher funds in mid and small-cap schemes during February 2020. 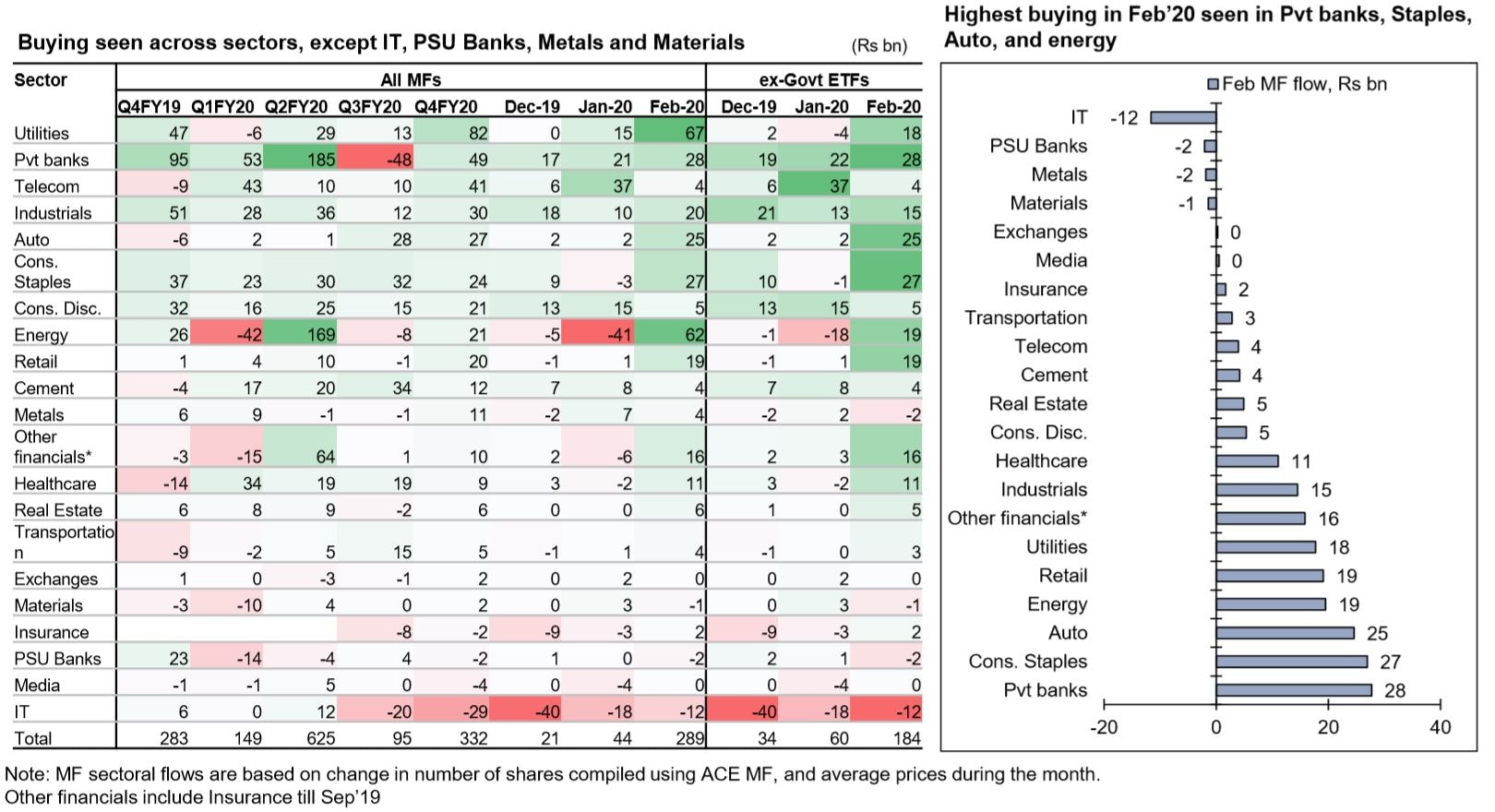 Systematic outflow from equities as an asset class via ETF route is negative for all emerging markets including India flows.

“Net oil import status and low incidence of COVID-19 in India so far should improve the outlook of active global fund managers towards India on a relative basis. Spike in COVID-19 cases remains a key risk to FPI flows,” ICICI Securities said in a report.