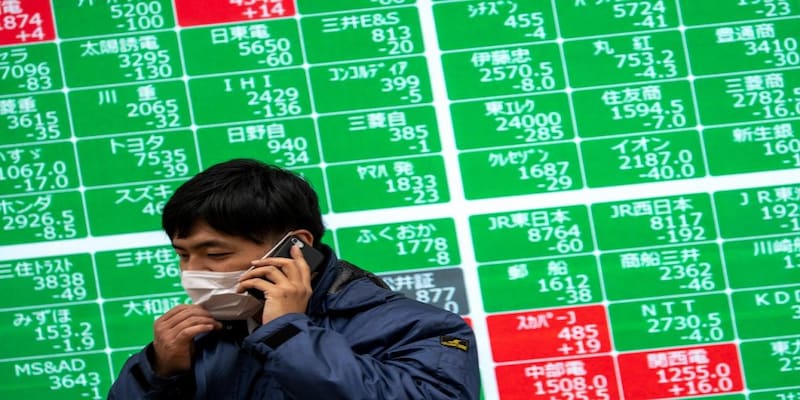 The fear index touched its highest level of 16.64 points in three months on Monday as investors turned jittery ahead of the US Federal Reserve’s policy outcome due on Wednesday.

The fear index touched its highest level of 16.64 points in three months on Monday as investors turned jittery ahead of the US Federal Reserve’s policy outcome. At 12:15 pm, India VIX was up 7.7 percent at 16.4 points. The index had hit the level of 16.46 on June 21.

The Fed’s Federal Open Market Committee meeting will begin on Tuesday and the outcome will be announced on Wednesday.
“This anxiety in the domestic market is due to the caution ahead of the Fed Meet, as there is discomfort in the market around liquidity being sucked out of the financial system when the Fed begins to roll back asset purchases,” said Purvesh Shelatkar, head of institutional broking at Monarch Networth Capital.
Also Read |
Why Fed might welcome a bond market tantrum
Domestic equities are expected to take cues from the outcome of the rate-setting meeting as the Fed is expected to hint towards tapering bond buys.
Considering that ample liquidity and policy aid has supported the rally in Indian equities so far, any hint at scaling down bond-buying might send equities in a tailspin, money managers have repeatedly pointed out.
Also Read | Jerome Powell says Fed will start dialing back ultra-low-rate policies this year
Today’s shoot up in India VIX is indeed not a good indication, said Sneha Seth, derivative analyst at Angel Broking.
“If this fear indicator rises beyond 16.50, which has been acting as a hurdle lately, it would result in some profit-taking,” added Seth.
Other expert views:
AK Prabhakar, Head of Research at IDBI Capital Markets:
We will have a lot of volatility in the coming days on account of the China issues and the Fed policy meeting. A rise in volatility is mainly connected to the Fed event which is causing nervousness in global markets.
Sameet Chavan, Chief Analyst - Technical & Derivatives at Angel Broking:
More nervousness can be expected in the market ahead of the Fed meeting. We have been maintaining our cautious stance on market since last week with the overall weakness in global markets due to Fed meet likely being the major caveat.
But honestly speaking we are still outperforming the global markets by a fair margin and we expect some correction in the coming days.
Anand James, Chief Market Strategist at Geojit Financial Services
Volatility expectations have been in the 10-14% band lately, and there has been a moderate rise in the same.
Today's steep rise has meant that there has been an over 20 percent rise in VIX since the beginning of last week. But this has been a systematic rise rather than a knee jerk one, which is also the reason why Nifty has not seen major falls yet. VIX could continue rising without upsetting the upside trajectory.
Catch LIVE market updates here.
Check out our in-depth Market Coverage, Business News & get real-time Stock Market Updates on CNBC-TV18. Also, Watch our channels CNBC-TV18, CNBC Awaaz and CNBC Bajar Live on-the-go!