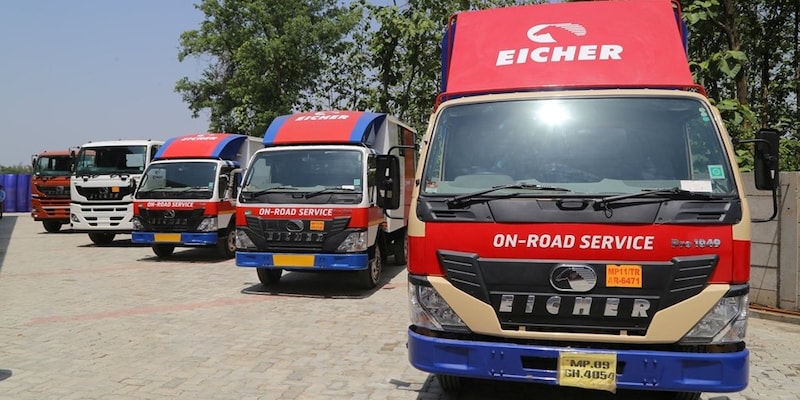 The stock declined 2 percent to hit an intraday low of Rs 16,525 apiece on the BSE. At 12 pm, shares of Eicher Motors were trading 1.39 percent lower at Rs 16,626.85.
The Royal Enfield maker reported a 44.1 percent decline when compared to the same period last year in its Q4 FY20 consolidated profit to Rs 304.3 crore due to nationwide lockdown in the second half of March and an overall sector slowdown. Consolidated revenue from operations dropped 11.7 percent on-year to Rs 2,208.2 crore. Royal Enfield sales volumes fell 17 percent to 1,63,083 motorcycles during the quarter.
CLSA downgraded its rating on the stock to 'Underperform' from 'Outperform' as it believes the stock’s premium valuation has little scope for expansion amid subdued volume growth.
The brokerage raised its target price to Rs 17,000 from Rs 15,000 earlier. CLSA believes Eicher’s volume growth is unlikely to outperform peers in the near term as 85 percent of its demand is driven by upgraders.
The brokerage increased its FY21/22 EPS estimates by 6-8 percent as it factors-in a return of pricing discipline in the two-wheeler industry.
“However, we believe Eicher’s valuation premium (53 percent over Hero and Bajaj) has little scope for expansion as its volume growth is unlikely to outperform peers in the near term,” the brokerage said.
The company’s gross margin declined 290 bps while staff and other costs as a percentage of sales increased 170 bps. This led to a 470 bps decline in its Ebitda margin to 23.1 percent.
The brokerage also believes that the company’s cashflow generation is strong but not better than peers.
“We value its Royal Enfield business at a 21x FY22CL PE and VECV at a 12x FY22CL EV/Ebitda leading to a consolidated PE of 23x. Higher/lower-than-expected recovery in its RE volume and/or margin are key upside/downside risks,” CLSA said.
Meanwhile, Morgan Stanley maintained Equal-weight and cut target price to Rs 16,680 from Rs 17,844 earlier on weak earnings.
The brokerage builds in flat Royal Enfield volumes in FY21 and 15 percent growth in FY22. It expects sharp decline in H1FY21 but strong H2FY21.
Check out our in-depth Market Coverage, Business News & get real-time Stock Market Updates on CNBC-TV18. Also, Watch our channels CNBC-TV18, CNBC Awaaz and CNBC Bajar Live on-the-go!