The Gurugram-based company's IPO is almost equivalent to a bunch of logistics companies combined together. Even as this comparison is quite arresting, Delhivery's negative cash flow and expensive valuation have got some market participants keyed up.

The logistics services player Delhivery has launched an initial public offering (IPO) at a time when there is nervousness in the market about where to put one's money in. Delhivery shares are trading at a Rs 15 premium in the grey market, but it is declining with the heightened selling in equities, a dealer told CNBC-TV18.com.

Both the headline indices, Nifty50 and Sensex, have shed around 9 percent in the past month.
The fall in grey market premium may be reflective of the nervousness to invest in Delhivery's up to Rs 5,235-crore IPO, which is a combination of fresh issuance of shares worth up to Rs 4,000 crore and an offer for sale (OFS) worth Rs 1,235 crore.
What is surprising is that the Gurugram-based company's IPO is almost equivalent to a bunch of logistics companies combined together. 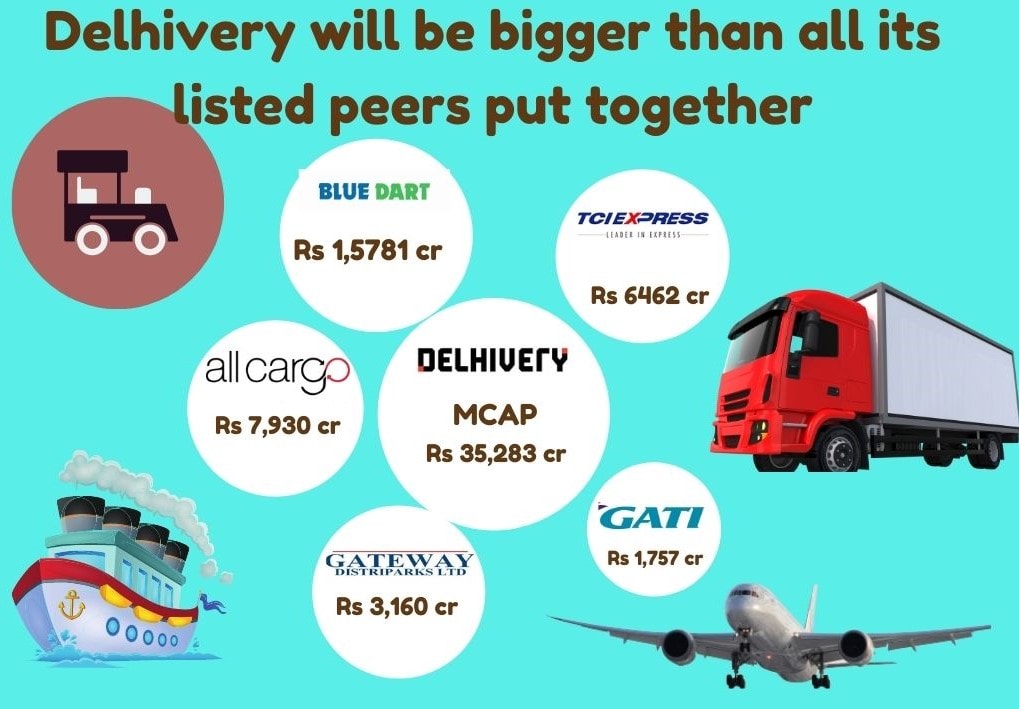 Here's a snapshot by Axis Capital comparing Delhivery with a few listed peers
Even as this comparison is quite arresting, Delhivery's negative cash flow and expensive valuation have got some market participants keyed up.
“If you look at the kind of market valuation listed players in the logistic business are commanding vis-à-vis Delhivery IPO, I think Delhivery IPO probably is more than the market cap of all the listed players,” said Deven Choksey of KRChoksey.
Choksey also observed that Delhivery is still a loss-making company, whereas the likes of BlueDart and TCI Express are in profit.
“So, I think, as an investor, I may probably put my money where the companies are making a profit instead of going into the companies that are into losses,” he said. “So, there are many positives as far as the business potential is concerned. But the company still needs to demonstrate whether it will be able to make a profit."
Koushik Mohan, Fund Manager at Moat PMS, also said that he would rather buy another logistics company than Delhivery at this valuation. He said the company's negative cash flow is something that has been a cause of concern because, at this valuation, there are companies that are offering "a strong Return On Capital Employed of more than 12 percent and have the same growth opportunities". 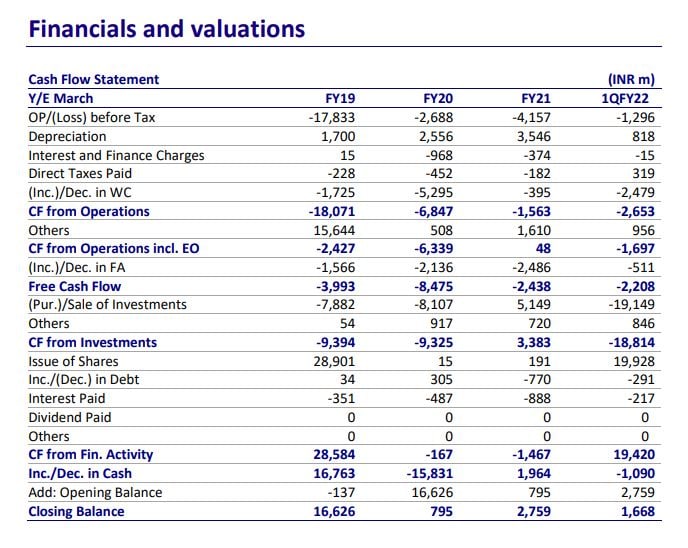 Here is a look at Delhivery's cash flow statement (Source: Motilal Oswal Financial Services report)
Sahil Barua, Managing Director and CEO of Delhivery, told CNBC-TV18 that the company has grown from about Rs 1,650 crore of revenue in financial 2019 to nearly Rs 5,200 crore of revenue for the nine months of the financial year 2022.
“Our adjusted EBITDA margins have gone from negative 11 percent in FY19to negative 0. 7 percent or effectively breakeven almost for nine months of FY22. If you look at the original DRHP that we had filed with first quarter results, we had a negative 3 percent adjusted EBITDA for quarter one. So, you can see that the second and third quarter had the adjusted EBITDA level for Delhivery and have been profitable,” Barua said.
Catch up on all LIVE stock market updates here.
Check out our in-depth Market Coverage, Business News & get real-time Stock Market Updates on CNBC-TV18. Also, Watch our channels CNBC-TV18, CNBC Awaaz and CNBC Bajar Live on-the-go!