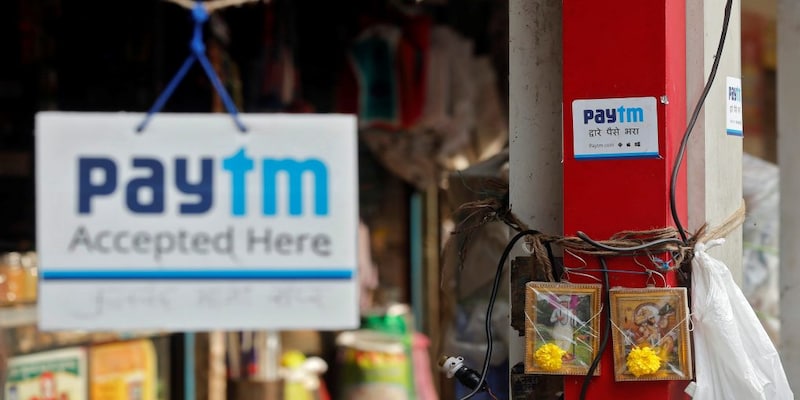 D-Street Diary takes a look at the chatter, developments, trends and shenanigans on Dalal Street. In this edition, we look at why NBFCs were cautious about lending to HNIs for the Paytm IPO

A standing joke about bankers is that they give you an umbrella when it is sunny and take it back when it rains. High networth individuals bidding for the Paytm initial public offering (IPO) last week would have been reminded of the joke. The same NBFCs chasing them with offers of 80-99 times leverage for IPOs of lesser-known companies were suddenly hesitant to give anything more than 9-10 times for the Paytm IPO. Simply put, a wealthy investor willing to put up Rs 1 crore for subscribing to an IPO could borrow Rs 99 crore from NBFCs and bid for Rs 100 crore worth of shares. But for the Paytm IPO, Rs 1 crore of own money could only get Rs 9 crore from NBFCs.

Unlikely that systemic liquidity would have been an issue, looking at the massive subscription for the non-institutional investor (NII) portion of Latent View's IPO, despite being a much smaller offering.
Most NBFCs would have got cold feet, looking at the size of Paytm’s NII book (around Rs 6,400 crore) and the less than enthusiastic response from domestic mutual funds in the anchor round, brokers say.
It is the least risky and most profitable for NBFCs when the issue size is small, and the NII portion is heavily subscribed. In such a situation, an HNI is allotted far fewer shares than he or she had bid for. Assuming an HNI has bid for Rs 100 crore worth of shares on 99 percent leverage, and the NII portion gets subscribed 50 times, the investor will be allotted only Rs 2 crore worth of shares. The NBFC has already pocketed interest on the remaining Rs 98 crore and taken its money back. Of the Rs 2 crore worth of shares allotted, Rs 1 crore is the HNI's money. Even if the issue lists at a discount, the loss will be adjusted from the client’s funds.
But when it comes to outsized issues, there is a possibility that the NII portion won't be subscribed heavily. The worst-case scenario for an NBFC will be the investor being allotted 100 percent of the shares bid for. While the NBFC will earn interest on the funds, the entire money will be locked till listing day. And for every share allotted, only 1 percent is the HNI's money. If the issue lists at a huge discount, clients' share of funds may not be enough to cover the losses and will have to be recovered later on.
With most domestic mutual funds cool to the issue and NBFCs reluctant to fund, HNIs would have had second thoughts about betting big on the issue with their own money. Lack of adequate funding channels at a time when a section of the market was fretting about expensive valuations, led to the lukewarm response from HNIs, say brokers.
RBI's regulation capping IPO funding by NBFCs kicks in only from next year, but when it comes to protecting self-interests, the industry has shown itself perfectly capable of self-regulation.
Pot pourri
Last week, 27 million crore shares of Poonawalla Fincorp (earlier Magma Fincorp) changed hands through bulk deals. Recently, the company had made headlines for the wrong reasons, after market regulator SEBI charged the company’s former MD Abhay Bhutada with insider trading. Some big-ticket traders and wealth management firms are said to be betting on a rerating of the stock after the new owner Adar Poonawalla said that he would be actively involved in the company’s operations. There is also chatter that a high-profile banker who retired not long back, maybe parachuted in for an executive role.
The 27 million shares — roughly 3.5 percent of the equity base — were sold by firms part of the erstwhile promoter group. The identity of the buyers was not revealed on the stock exchange website, indicating multiple buyers of blocks less than 0.5 percent of the company's equity. A domestic mutual fund, which already has a stake in the company is said to have been one of the buyers, and the rest were a motley band of proprietary trading firms and wealth management firms. The deal, as is the case with all such above a certain size, would have been a negotiated one. But again, it usually happens with deals above a certain size, word got around before the trade was punched into the system. The result: some clever traders put in bids a few paise higher beforehand and walked away with a little over 5 million shares, leaving some of the intended buyers vexed.
For previous D-Street Diary columns, click here
Check out our in-depth Market Coverage, Business News & get real-time Stock Market Updates on CNBC-TV18. Also, Watch our channels CNBC-TV18, CNBC Awaaz and CNBC Bajar Live on-the-go!