Shares of Cox & Kings slipped 5 percent intraday on Tuesday after the travel company’s licence was suspended by International Air Transport Association (IATA). Intraday, the share price declined by 5 percent to its day’s low of Rs 25.80 per share on the NSE. This year, the stock has eroded about 88 percent returns and in last one year, it wiped out 84 percent returns.

In its press release, the company said,” Kindly be informed that lATA has suspended its license for selling tickets. However, the Company will continue to issue tickets on cash and carry basis.”
Also Read: What has spooked investors? 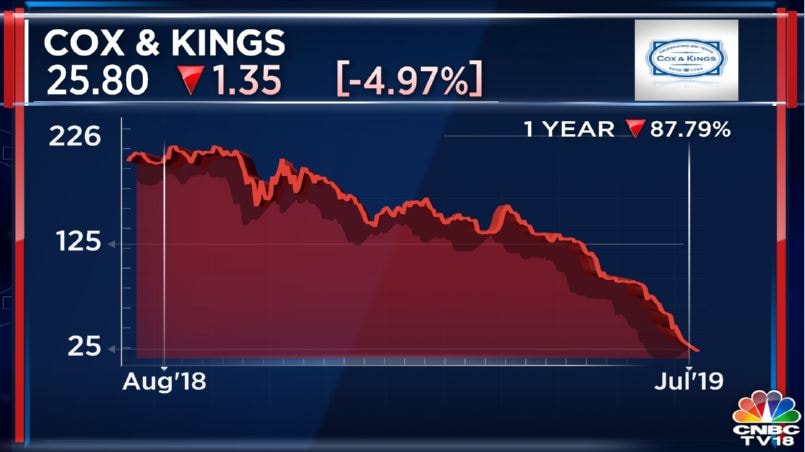 lATA is entity which oversees the credit lines and settlements for the Airline tickets being sold to Company/Travel Agencies and the payment to these airlines are made via a system called Billing & " Settlement Plan (BSP). The Company/travel Agencies need to settle value of airlines tickets issued on weekly basis.