Indian shares slipped in the last hour of trade on Tuesday to close lower as IT shares dragged, particularly TCS and Infosys along with HDFC. The Sensex fell below 35,400, ending 145 points lower, while the Nifty was able to hold 10,600, ending lower by 36 points. Broader market indices outperformed, however, with the Nifty MidCap up by 0.43 percent. Here are the main highlights from the stock markets today: 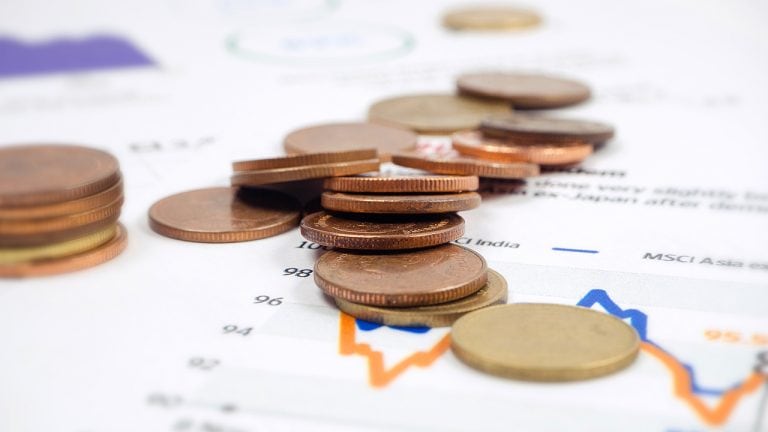 Shares of Dilip Buildcon extended gains for the 10th consecutive session, marking their longest winning streak since listing. The stock has gained 51% in 10 sessions, outperforming the Nifty Midcap 100 index that lost 3% in the same period. The stock gained momentum after the company said it was entitled to receive a nearly 36-mln-rupee bonus for completing a road project in Andhra Pradesh before schedule and had received a provisional completion certificate for its 6.74-bln-rupee road project in Uttar Pradesh. The stock has a given a positive breakout, having crossed its 21-day and 50-day moving averages, a technical analyst said. The analyst sees scope for the stock to test 560 rupees. So far today, over 627,746 shares were traded on the NSE, higher than the six-month average daily volume of 341,288 shares. At 2.44 pm, shares of Dilip Buildcon were 0.4% higher at Rs 462.  (Cogencis)

Investment of Rs 1 lakh in the Astral Poly Technik stock on February 20, 2009, would have fetched Rs 2.72 crore today as the midcap stock has returned almost 30,000 percent returns in the span of last 10 years.

In a major relief to startups, the government on Tuesday expanded the turnover criteria and widened age cap of startups from 7 to 10 years. The development, first reported by CNBC-TV18 on Monday,  comes after the government appointed a small working group consisting of angel investors and startup founders earlier this month to look into issues faced by angel investors. Currently, startups avail tax concession only if total investment, including funding from angel investors, does not exceed Rs 10 crore.  Now a firm can be a startup even if its turnover for any of the financial years since its incorporation hasn’t exceeded Rs 100 crore.

Graphite India down as company to shut Bengaluru unit on Saturday

Shares of Graphite India fell for the third-straight day today after the Karnataka State Pollution Control Board ordered the company to close operations at the Bengaluru plant completely. On December 17, the pollution control board had renewed its consent for operations of the company's electrode plant till June 2020 on the condition that the company shifts its unit from the current location. The company, however, said immediate stoppage of furnaces could be hazardous due to high temperature prevalent in those. To comply with the aforesaid directions, the company said it will shut the furnaces in a phased manner. The management does not expect any material impact on its operations due to the closure order. The stock has lost 11 percent so far in the period of downtrend and at 11.44 am was trading 2.3 percent lower at Rs 402.4. (Cogencis)

The Central Board of Direct Taxes (CBDT) on Monday increased the tax exemption limit for startups to Rs 25 crore from earlier Rs 10 crore, CNBC-TV18 reported, citing sources. This comes as a big relief for startups. The Angel Tax, a 30 percent tax levied on investments made by external investors in startups, had made life difficult for entrepreneurs, with many receiving income tax notices in 2018.

The block deal was initiated by a group of investors like SBI Mutual Fund, IDFC, Premji Invest, L&T Mutual Fund amongst others. The stake sale will be utilized to pare promoter debt, which was used in creation of assets like cement and solar power, among others.

The Nifty IT index was trading under pressure, down 1% on Monday, for the fourth consecutive on the back of sharp appreciation in rupee. Heavy selling pressure was witnessed in stocks like Tata Consultancy Services (TCS), Infosys, Wipro, Infibeam, HCL Tech, and Tech Mahindra. The appreciation in currency is always negative for exporters, as major IT companies earn the majority of their revenue in dollar terms. The rupee weakened by 11 paise to end 71.34 against the US dollar on Monday amid firming crude oil prices and persistent foreign fund outflows. This was the fourth straight session of loss for the domestic currency, during which it has depreciated by 64 paise. The currency market was closed today on account of a local holiday.

Shares of real estate companies are up on Tuesday after a state ministerial panel favoured uniform GST rate of 18 percent or 28 percent for the industry. The final decision will be taken and addressed by the GST Council tomorrow. As a result, Prestige Estates Projects rose over 6 percent, Kolte Patil gained 3.55 percent, Oberoi Realty was up over 2 percent and DLF advanced 2.6 percent on the NSE in the morning session. Sunteck Realty rose by 2.40 percent and Unitech Ltd also increased 4.55 percent.

The market is finally capitulating. This is the phase which people dread the most because it leads to maximum price damage, but this is the one phase the investors who managed to sit out after greed took over in early 2018 should embrace. Click to read why CNBCTV18's Anuj Singhal's reasons to says this

Infrastructure majors, Vedanta and JSW Steel, are in discussions to make a joint bid for Essar Steel, in order to keep ArcelorMittal away, Business Standard reported, citing sources.

Shares of Emami rose 5 percent in the early trade on Tuesday after company promoters divested their stake in the company. The promoters of Emami Group announced a sale of 10 percent stake in Emami, raising approximately Rs 1600 crore, as per company release. Shares quoted at Rs 373.80, up by 5.28 percent on the BSE at 10.34 am.

The RBI's dividend number is not a surprise, but there would still be a relief rally in the bond markets because the amount has been declared, said MS Gopikrishnan, head of macro trading and financial markets, Standard Chartered Bank.

The rupee has been trading in a range of 71.80 to the dollar on the higher side and 70.40-70.50 on the lower side. Higher oil prices have impacted sentiment and the rupee is trading closer to 71.50 but there is huge resistance at 71.70 to the dollar, which is 100-day moving average, he said. “I don’t expect rupee to break this range unless oil moves above USD 70 per barrel."

The currency and debt markets are closed on Tuesday for a local holiday and trading would resume on Wednesday, but the local stock markets will be functioning as normal. The rupee weakened by 11 paise to end 71.34 against the US dollar Monday amid firming crude oil prices and persistent foreign fund outflows. On Monday, the benchmark 10-year bond yield ended at 7.37 percent, up 0.14 percent from its Friday’s close. Money market was shut on account of Chatrapati Shivaji Maharaj Jayanti.

Sell Indiabulls Housing Finance with a stop loss  of Rs 628, target of Rs 605.

Small and midcap indices could rally 10-15% in next two quarters, says Samco Securities

Downside seems to be capped for small and mid-caps after recent correction as the pendulum has swung too far and therefore, at least a mean-reverting bounceback is expected that can lead the indices to rise around 10-15 percent in the next two quarters, Umesh Mehta, head of research, Samco Securities Ltd, said in an interview with Moneycontrol’s Kshitij Anand.

Rajnish Kumar is the fourth chairman of the State Bank of India (SBI). Kumar, 59, joined SBI as a probationary officer in 1980 and has served as managing director of the bank. He is considered as one of the most experienced person in the corporate banking and international banking divisions of SBI. In an exclusive interview to CNBC-TV18, Kumar said promoters pledging shares for loans a bad idea and it is not the right business model.

"If you have pledged your equity, it means that your stake in the enterprise must be deducted to that extent then your net equity has to be determined," he said.

RBI board decides to transfer interim surplus of Rs 28,000 crore to government

The central board of the Reserve Bank of India (RBI) on Monday decided to transfer interim surplus of Rs 28,000 crore to the government.

"The board reviewed the current economic situation, global and domestic challenges and other specific areas of operations of the Reserve Bank. Based on a limited audit review and after applying the extant economic capital framework, the Board decided to transfer an interim surplus of Rs 280 billion to the central government for the half-year ended December 31, 2018," the RBI press release said.

The Emami Group on Monday said its promoters have sold 10 percent stake in the flagship firm Emami Ltd for around Rs 1,600 crore. The transaction was executed on stock exchanges and the purchasers include SBI Mutual Fund, PremjiInvest, Amundi, IDFC, L&T Mutual Fund and others, the group said in a statement.

#CNBCTV18Market | Q3 earnings surprised positively for both ONGC & Oil India. HSBC has a Buy call on both companies pic.twitter.com/qoPTMKWcHN

The Emami Group on Monday said its promoters have sold 10 percent stake in the flagship firm Emami Ltd for around Rs 1,600 crore. The transaction was executed on stock exchanges and the purchasers include SBI Mutual Fund, PremjiInvest, Amundi, IDFC, L&T Mutual Fund and others, the group said in a statement.

FMCG major Nestle India has lined up nearly two-three dozen products that it plans to launch in calender year 2019 across categories in the country to drive its aggressive growth plans, Chairman and Managing Director Suresh Narayanan said on Monday.

The company, whose 6 percent revenues come from exports, is now looking to tap more overseas markets by targeting countries with higher Indian diaspora such as SAARC and South East Asia.

"In 2018, our core brands have performed well...We look forward for greater acceleration as we go forward....We have two-three dozen projects (products) in pipeline for launch in 2019. These products are across categories," Narayanan told reporters.