CNBC-TV18 Market LIVE: Indian benchmark equity indices, the BSE Sensex and NSE Nifty50, settled Friday's trade with mild gains ahead of Diwali Muhurat trading on Sunday. The Sensex ended above the 39,000 mark, while the Nifty50 settled at 11,583. Here are the main highlights from the stock markets today:

The BSE Sensex ended 37.67 points higher, or 0.10 percent, at 39,058. The NSE Nifty50 ended with gains of over just a point at 11,583.90. The Nifty MidCap 100 index underperformed, dipping 0.18 percent. Bank Nifty closed almost a percent higher led by SBI from the front. Apart from SBI, Yes Bank was the big gainer, rising over 11 percent. ICICI Bank also rose over 3 percent. Cipla and Sun Pharma rose by up to 3 percent. Bharti Infratel, Tata Motors, Titan, JSW Steel and UltraTech Cement were top losers, falling by up to 8.6 percent.

Shares of textiles firm Arvind jumped 4 percent on BSE on October 25 after the company posted a 9 percent top-line growth for the September quarter of FY20. However, the company's consolidated net profit declined 20 percent YoY to Rs 48 crore in Q2FY20 from Rs 60 crore in the corresponding quarter of the previous financial year. EBITDA came 7 percent higher at Rs 195 crore in Q2FY20 against 182.3 crore in Q2FY19 while EBITDA margin declined by 30bps to 9.9 percent against 10.2 percent in the previous financial year. The management held a post-earnings conference call and shed light on a lot of issues except the dispute between the two promoters, Rahul Bhatia and Rakesh Gangwal.

Bharti Airtel Ltd has acquired a minority stake of 8.82 percent in Bengaluru-based software development startup Vahan Inc. The company however did not disclose the cost of the acquisition. In a regulatory filing it said the Indicative time period for completion of the stake acquisition is By October 31, 2019. The acquisition of Vahan is a part of Airtel's Startup Accelerator Program to support the growth of early-stage Indian tech startups. Vahan, which specialises in providing jobs by using artificial intelligence driven bot (web robot) and a messaging platform, is the first company to join the program.

"Airtel announced the induction of Bengaluru-based tech startup Vahan into its Startup Accelerator Program. Airtel will acquire a stake in Vahan and partner with them in building significant scale to achieve their vision of enabling jobs for the next billion internet users" the statement said.

“It has decided to incorporate another company, under the name of “Zuari FarmHub Limited”, which will operate its retail, speciality nutrients and the proposed FarmHub business, for which the company is also seeking investments from Strategic and /or Financial Investor’s,” company said in the release.

SBI shares rallied 7.06 percent to Rs 281.25 per unit during afternoon trade on the BSE. The country's largest lender SBI on Friday reported a nearly six-fold jump in its consolidated net profit to Rs 3,375.40 crore for the second quarter ended September 30.

The bank's net profit was Rs 576.46 crore in the July-September quarter of previous fiscal.

Its total income of the entire SBI group rose to Rs 89,347.91 crore in the quarter under review, compared to Rs 79,302.72 crore in the year-ago period, State Bank of India (SBI) said in a regulatory filing.

The asset quality of the bank improved with the gross non-performing assets (NPA) declining to 7.19 percent of the gross advances as on September 30, 2019, from 9.95 percent a year ago.

Net NPAs or bad loans too declined to 2.79 per cent of the advances from 4.84 per cent in the year-ago period. Motilal Oswal in its report on Diwali Samvat 2076 picked 5 technical stocks for a duration of 3-6 months. All these stocks will deliver an upside of above 14 percent considering the technical parameters.

The Bank during the quarter reported a one-time gain of Rs 3,848 crore on sale of partial investment in SBI Life Insurance. Read more on SBI's earnings here.

Shares of Dewan Housing Finance Corporation (DHFL) remained locked in the 5 percent lower price band at Rs 17.55 on BSE on October 25 and looked on course to extend their losing run into the fourth straight session. The stock remained in the red even as it clarified in a BSE filing that it has taken cognizance of the key observations from the draft report prepared by KPMG.

"The company reiterates that it has taken cognizance of the key observations from the draft report prepared by KPMG, appointed by Union Bank of India, the lead banker of the consortium, on behalf of all the members of the consortium," DHFL said in a regulatory filing.

Euro steadies vs dollar near one-week low, focus shifts to Fed next week

The euro steadied on Friday after falling to a one-week low against the U.S. dollar in the previous session on the European Central Bank leaving the door open for more monetary policy easing, but keeping interest rates unchanged. The focus will shift next week to a US Federal Reserve meeting ending October 30 and a Bank of Japan meeting ending Oct. 31. The Fed is expected to cut interest rates for a third time this year, but money markets have largely priced in a 25 basis points cut already, according to Refinitiv data. The euro was last flat at $1.1109, though close to the one-week low of $1.1094 it reached on Thursday. The index which tracks the dollar against six major currencies was also flat at 97.66.

13 reasons to remain bullish on the stock market this Dhanteras

The Indian market has endured a painful bear market but signs are that not only are we out of it, but we are at the cusp of a fresh bull market.

Titan's share price hit a 52-week high on Friday as jewellery witnessed an increase in demand with the beginning of festivities with Dhanteras. Intraday, Titan rose 1.12 percent to Rs 1,389.95 on the NSE. However, the stock pared gains soon, trading higher by just 0.88 percent at Rs 1,386.65 per share on the NSE at 10:11 am. READ MORE

-The Nifty IT index inched up nearly a percent with shares of Infosys adding 2.7 percent. Shares fell earlier this week after a whistleblower complaint claimed the firm used ‘unethical practices’ to boost revenue and profit.

-Shares of State Bank of India climbed 2.32 percent ahead of quarterly results later in the day.

IDFC First Bank rallied 8 percent intraday on October 25 following the improvement in second quarter asset quality sequentially, though net loss widened QoQ as well as YoY. The bank posted a loss of Rs 679.50 crore in quarter ended September 2019, against loss of Rs 617.35 crore in April-June period. The loss for year ago period stood at Rs 369.6 crore, but it was not comparable as it was pre-merger period. The loss reported during the quarter was because of one-time tax impact of Rs 751 crore due to markdown of existing deferred tax assets, the lender said its BSE filing.

Global gold rose to a fresh two-week high on Friday after US economic data raised prospects of another interest rate hike by the US Federal Reserve. Gold prices in India, however, traded lower today on Dhanteras, which is considered to be an auspicious day and people usually prefer to purchase gold on the day.

Shares of PNB Housing Finance gained 13 percent intraday on October 25 after the company reported better-than-expected numbers in the September quarter. The company saw a 45 percent jump in its Q2 net profit at Rs 366.8 crore against Rs 253 crore in the same quarter last year.
Net interest income (NII) was up 36 percent at Rs 628.4 crore versus Rs 462.8 crore, YoY.

Shares of diamond and jewellery companies traded mixed on October 25 on the day of Dhanteras festival. Shares of Titan Company climbed over a percent to touch their fresh 52-week high at Rs 1,389.85 on BSE. Some other diamond and jewellery stocks such as Atlas Jewellery and Rajesh Exports also climbed up to 2 percent. However, shares of Thangamayil Jewellery, PC Jeweller, Tribhovandas Bhimji Zaveri and Uday Jewellery Industries plunged up to 5 percent.

FMCG is generally considered a defensive sector as it is able to withstand economic cycles. This is also reflected in the stock price performance of the sector over the long term and more so in recent past. The NSE FMCG index has delivered a return of 4.5 percent in the last one month and around 11 percent in the last one year, outperforming the Nifty index. Rural growth slipped below urban growth for several consumer staple companies in the September quarter (Q2FY20) after eight quarters of continued outperformance.  The operating environment in Q2FY20 was perhaps the most somber since the June 2017 quarter (Q1FY18), according to Siddharth Khemka, head of retail research, Motilal Oswal Financial Services. The brokerage is not assuming any benefits of the corporate tax reduction in Q2FY20 as many companies would have paid advance tax. Khemka said the house is bullish on five FMCG stocks. READ MORE

#OnCNBCTV18 | @IDFCFIRSTBank's V Vaidyanathan speaks to CNBC-TV18 after the bank's Q2 results; says he intends to build a Bank which is strong on retail franchise pic.twitter.com/QvtpUuKvum

Global gold rose to a fresh two-week high on Friday after US economic data raised prospects of another interest rate hike by the US Federal Reserve. Gold prices in India, however, traded lower today on Dhanteras, which is considered to be an auspicious day and people usually prefer to purchase gold on the day.

State-owned State Bank of India (SBI) will announce its September quarter results on Friday. The key thing to watch out for will be slippages.

Here's what to expect from the company today:

-Analysts are expecting slippages at Rs 12,000 crore compared to about Rs 17,000 crore in the previous quarter.

-A 10-20 basis point improvement is expected in the gross NPA ratio while the loan growth could moderate anywhere between 10-12 percent. READ MORE

The Supreme Court's order on the definition of Adjusted Gross Revenue (AGR) is likely to put further stress on the balance sheets of the telecom companies, which are already under pressure, said Jefferies in its latest report, adding that for Vodafone-Idea, the payment, as demanded by the telecom department, will use up all existing and operating cash flows (excluding interest) over the next three years.

Here’s how the market fared since last Samvat

As we celebrate Dhanteras today, here’s a look at how the market has fared since the last Samvat:

-Last year gold as an asset class sparkled by giving returns of around 28-29 percent.

-The market has given a return of close to 10 percent in terms of the Nifty move and the Nifty Bank is also up nearly 13 percent. READ MORE

The BSE Sensex started 39 points, or 0.10 percent, at 39,060. The NSE Nifty50 was mildly up at 11,583. The Nifty MidCap 100 inde was marginally lower by 0.14 percent. The Nifty Bank was flat in the green. Among gaines, ITC, SBI, Infosys, Yes Bank and Maruti Suzuki rose by up to 2 percent. Bharti Infratel, Grasim, Tech Mahindra, ONGC and Vedanta fell by up to 5 percent.

Rupee opens lower at 71.04 per dollar

The Indian rupee opened at 71.04 per dollar on Friday against previous close 71.02. On Thursday, the rupee snapped its five-day winning streak to finish 11 paise lower at 71.02 against the US dollar, weighed by unabated foreign fund outflows and a weak trend in domestic equity markets. 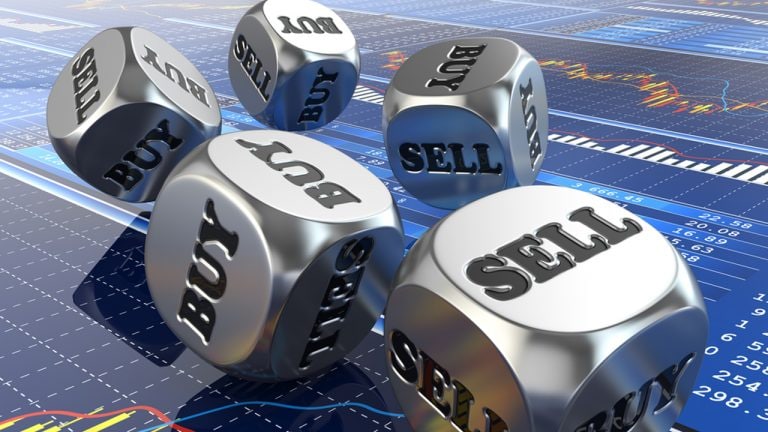