CNBC-TV18 Market Highlights: The BSE benchmark Sensex plummeted over 334 points while the NSE Nifty slipped below the key 12,000-level on Friday, dragged by heavy losses in banking and auto stocks. A day after the Reserve Bank surprisingly maintained status quo in its key policy rates and projected slower economic growth, investors turned cautious, weighed by weak macro indicators. After opening on a positive note, the 30-share BSE Sensex witnessed a continuous slide and went on to hit a low of 40,393.46 during the day. The index finally settled at 40,445.15, down 334.44 points or 0.82 per cent. Likewise, the 50-share Nifty shed 96.90 points or 0.81 per cent to settle at 11,921.50. Yes Bank led the laggard's list on the Sensex with a nearly 10 per cent drop after Moody's Investors Service downgraded the private sector lender's ratings. Follow our market blog for the day's main highlights and insightful comments from market veterans as CNBC-TV18 celebrates its 20th birthday:

Thank you readers! Here are the major highlights from the markets today

Thank you readers and before we sign off from this edition of the market blog, here are the major highlights from the markets today:

This stock is the only one from Nifty Bank to deliver 1,000% gains in 10 years 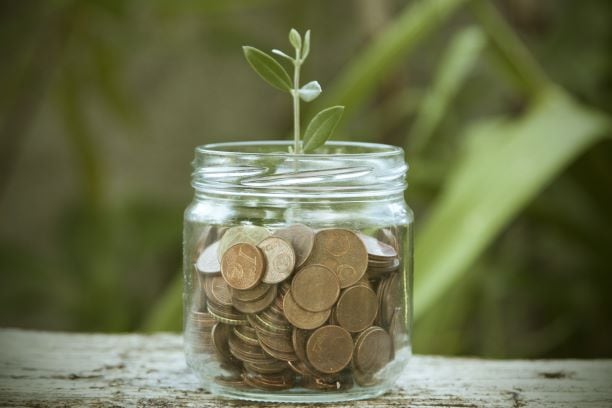 After its listing in 2006, the bank is the only Nifty Bank stock that has delivered 1,000 percent returns in the last 10 years. Get latest Market online at cnbctv18.com

Labour and land reforms are more important for foreign direct investment than tax rates and fall in the nominal gross domestic product (GDP) is a huge opportunity, says Christopher Wood, global head of equity strategy at Jefferies. Wood was sharing his views and outlook on markets with Ramesh Damani, Member at BSE, Navneet Munot, CIO of SBI MF and Manish Chokhani, director of Enam Holdings. When asked if the fall in nominal GDP makes one a diffident investor in India, Wood replied, “On the short-term basis, it definitely makes you a diffident investor in India but on a five-year view, I would view it as a huge opportunity because I don’t think the nominal growth is going to remain this low.” READ MORE

The stock price of Vascon Engineers rallied 7 percent intraday on Friday after the company received an order worth Rs 132.69 crore from the Airports Authority of India (AAI).

Vascon Engineers received a work order from AAI for the work of extension of exiting terminal building at Goa airport, Dabolim. The company will design and build the airport's civil mechanical electrical plumbing, firefighting, airport systems, furniture among other works.

The work has to be completed within 21 months from the date of issue of work order.

Out of 30 BSE shares, only 6 trade in the green

Sensex plunges 380 points to 40,397.07 levels in Friday's trading session after most heavyweights traded in the red. Out of 30 BSE shares, only 6 traded in the green while others plunged up to 9 percent.

YES Bank's shares plunged the most, over 9 percent intraday while Tata Motors and SBI traded over 3 percent.

The Nifty50 index plunged over 100 points in Friday's trading session after a massive selling spree. Moreover, all sectoral indices turned red with Nifty PSU Bank as the worst-performing sector.

The least affected sector was Nifty Metal which traded 0.60 percent down. The Goods and Services Tax (GST) panel is mulling various methods to boost revenue collections, among which one suggestion is to raise the 5 percent tax slab to 6 percent, as per a Business Standard report.

The slab-restructuring is expected to bring in additional revenue of Rs 1,000 crore per month, amid dismal collection numbers, the paper added. The panel may meet in mid-December to consult with states and GST officials.

The share price of Maruti Suzuki slipped over a percent on Friday after the carmaker announced to recall its petrol hybrid car variants.

In its press release, it also said, "In the interest of its customers, Maruti Suzuki has decided to proactively recall the vehicles for inspection and those found OK will be released immediately. Vehicles requiring replacement of faulty parts will be retained for part replacement free of cost. Keeping in view customer convenience, Maruti Suzuki dealers may make alternate mobility arrangements in such cases, if required."

Shares of Vodafone Idea plunged over 6 percent after its chairman Kumar Mangalam Birla said that the company will have to be closed down if the government doesn't provide relief that the company has sought.

The stock touched an intraday low of Rs 6.66 as against the previous close of Rs 7.31 on the BSE.

"We will have to shut shop," Birla told CNBC-TV18 at the Hindustan Times leadership summit when asked about the course of action for the company going ahead in the absence of government relief.

Birla indicated that his group will not invest any money in the company in the absence of relief from the government.

"There is no sense that good money should follow bad money," he said.

Birla said the company will have to opt for insolvency route in the absence of relief.

Vodafone Idea had reported a record loss of Rs 50,921 crore for the September quarter after making a provision for the Supreme Court’s ruling on payment of average gross revenue (AGR) dues.

Company’s revenue from operations during the quarter plunged to Rs 10,844 crore from Rs 22,114 crore YoY.

Vodafone Idea hiked tariffs for its pre-paid plans effective from December 3, a first in past four years, under which call and data charges will be dearer by up to 42 percent. Most brokerages were stunned by this sudden pause but expect the monetary easing resuming in the coming policies.

Mark Mobius, founder of Mobius Capital Partners said he was and still is very positive on India but the country's central bank not cutting interest rate is an unfortunate thing.

"I believe the Reserve Bank of India (RBI) should have lowered rates because the Indian market does need lower and lower rates. Hopefully, this is going to be a temporary situation" said Mobius. Read more on this story here.

The stock price of Mahindra & Mahindra fell 2.28 percent intraday on Friday after the company reported increased car production but poor sales in the month of November.

Shares of Gati Ltd fell over 4 percent on Friday after integrated logistics solutions provider acquired controlling stake in the company for Rs 416 crore.
According to the deal, Allcargo Logistics will buy up to 1,03,85,332 equity shares of Gati Ltd at Rs 75 per share from some of the existing members of the Promoter and Promoter Group of Gati – Mahendra Kumar Agarwal, Mahendra Investment Advisors Pvt Ltd and TCI Finance Ltd (TCI), and Gati.

The good news is that the bull market is intact and it never went away, said Ramesh Damani, Member BSE. While a lot of pain has been felt in the smallcap and midcap stocks, so it felt like a bear market but by the technical definition we were never in a bear market,” he added.

"This bull market that began in 2013 is intact, it is just going through a lot of growing pains," he said in an interview with CNBC-TV18 celebrating its 20th birthday.

Talking about macroeconomic data, Damani said, “I spend my career trying to bottom-fish stocks and not worry too much about the macroeconomic ability. In 1999, the index was around 4,000 or so level, just on the edge of the big tech boom and today we are 40,000. So it has been a 10x move in the index over the last 20 years or so. So the pickings are by remaining bullish and staying invested rather than trying to overly do complex analysis of macroeconomic data.”

Talking about CNBC-TV18 completing 20 years, he said, “One thing that defines the 20 years that we saw together was the rise of tech and the rise of telecom in India. I think that transformed India."

According to him, despite all odds, India’s economy has been a rewarding journey for investors.

#CNBCTV18At20 | Market has taken a leap over the last 20 years and so has @CNBCTV18News. Here, we look at market’s performance over the past 10 years. The benchmark Index, Nifty 50 has given the returns of nearly 140% since 2009 pic.twitter.com/P4Za90MShY

Keki Mistry on CNBC-TV18 further said:
1. Structural demand for housing remains very strong
2. Scope to cut rates going ahead is very limited
3. No one expected a failure of a large institution like IL&FS
4. IL&FS shook the market when it happened in September 2018
5. The market is a lot more prepared to deal with accidents now than it was earlier

The share price of YES Bank slipped 5 percent intraday on Friday after Moody's downgraded the Bank's credit rating. It also assigned negative outlook to the company.

Moody's Investors Service in its report said that the negative outlook primarily reflected the risk of further deterioration in the bank's solvency, funding or liquidity, if the bank is unable to recapitalize itself within the next few quarters.

The report further added that the lender's stressed assets related issues will add pressure to its funding and liquidity, creating additional risks to its standalone credit profile.

State-owned oil giant Saudi Aramco's initial public offering (IPO) will be the biggest in history, but will still fall significantly short of the towering $2 trillion valuation long sought by Crown Prince Mohammed bin Salman. Aramco priced its IPO at 32 riyals ($8.53) per share, the top of its indicative range, the company said in a statement, raising $25.6 billion and beating Alibaba's record $25 billion listing in 2014.

At that level, Aramco has a market valuation of $1.7 trillion, comfortably overtaking Apple as the world's most valuable listed firm. But the listing, expected later this month on the Riyadh stock exchange, is a far cry from the blockbuster debut originally envisaged by the Crown Prince. Saudi Arabia relied on domestic and regional investors to sell a 1.5% stake after lukewarm interest from abroad, even at the reduced valuation of $1.7 trillion. READ MORE

Here's what Ramesh Damani, Member BSE said to CNBC-TV18 on its 20th Birthday

“This is an axiom on Dalal Street that before you invest you need to investigate what you do and thanks to the plethora of shows that CNBCTV18 produces every day from your benchmark programme ‘Bazaar’ hosted so well by Latha Venkatesh, Sonia Shenoy and Anuj Singhal to ‘India Business Hour’ that Shereen Bhan does. You give investors an ability to make more informed choices and that’s the real celebration that we do on Dalal Street that we have information that we didn’t have maybe 20 years back. Thank you for that and here’s wishing you not only a very happy 20th birthday but as the new decade dawns many more informative decades ahead for all of you.”

Oil producers led by Saudi Arabia and Russia agreed on Thursday to cut output by an extra 500,000 barrels a day in the first quarter of 2020 but stopped short of pledging action beyond March. The countries involved pump over 40 percent of the world's oil, and their new combined cuts amount to 1.7 million bpd or 1.7 percent of global production. A panel of energy ministers representing the Organization of the Petroleum Exporting Countries (OPEC) and non-OPEC producers led by Russia recommended the deeper cut on Thursday, Russian Energy Minister Alexander Novak said. READ MORE

CNBC-TV18's top stocks to watch out for on December 06