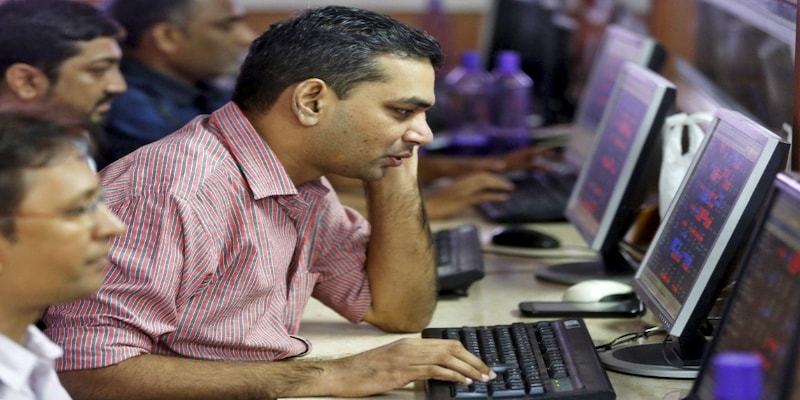 Indian shares recorded their biggest 1-day fall in a month to end over 2 percent lower on Thursday, dragged by index heavyweight Reliance Industries and financial stocks post Supreme Court's hearing in the AGR case. The Sensex ended 708 points lower at 33,538, while the Nifty fell 214 points to settle at 9,902.

Pronouncing its order in the AGR case hearing, the Supreme Court struck down over Rs 4 lakh crore demand against the public sector undertakings (PSUs). The Justice Arun Mishra-led bench of the apex court also sought an undertaking from the telecom companies to secure payment of Rs 1.43 lakh crore in a staggered manner. This led to a decline of over 2 percent in index heavyweights RIL and Bharti Airtel. Meanwhile, Vodafone Idea lost 13 percent post the verdict.
Meanwhile, the sentiment was also weighed after the US Fed said kept rates near zero and indicated that it does not expect to raise them through 2022. Asian shares eased, while bonds rallied after the Fed’s outlook.
Back home, broader markets were also in the red with Nifty Midcap and Nifty Smallcap index down 1.2 percent and 0.7 percent, respectively.
Bharti Infratel fell 9 percent post the AGR hearing, while Zee, SBI, Tata Motors and Sun Pharma were the other top losers on the Nifty50 index. Meanwhile, IndusInd Bank, Hero Moto, Nestle, M&M, and Power Grid gained during the day.
All sectors were in the red for the day. Nifty PSU Bank fell nearly 4 percent while Nifty Bank was also down 2.7 percent. Nifty Auto and Nifty Pharma lost around percent, whereas Nifty FMCG and Nifty IT wa own 1.5 percent each.
IndusInd Bank rose fifth straight day, climbing over 4 percent after the lender's promoters expressed they intend to acquire additional shares of the bank from the secondary market.
Check out our in-depth Market Coverage, Business News & get real-time Stock Market Updates on CNBC-TV18. Also, Watch our channels CNBC-TV18, CNBC Awaaz and CNBC Bajar Live on-the-go!