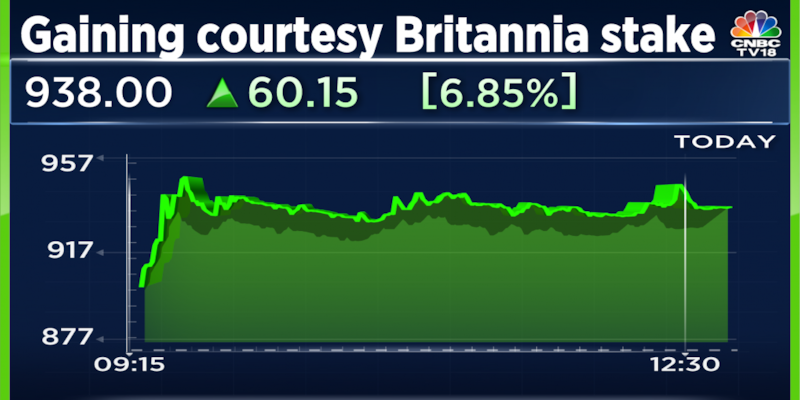 Bombay Burmah holds a 50.22 percent stake in Britannia Industries, with both being the listed companies of the Wadia group.

On Monday, the market capitalisation of Britannia Industries surpassed the Rs 1 lakh crore mark after its stock rallied as much as 10 percent in trade to hit its highest level in 52 weeks.

Interestingly, the Bombay Burmah stock has been a laggard in the past year compared to Britannia Industries as well as broader markets. Shares of Bombay Burmah have fallen nearly 16 percent in the last year compared to a nearly 14 percent jump in Britannia Industries shares and a 1.2 percent rise in the benchmark Sensex index during the same period.

Bombay Burmah is also set to announce its own earnings on Saturday, November 12.

Britannia Industries on Friday after market hours announced that consolidated sales during the September quarter stood at Rs 4,338 crore, up 22 percent from a year ago.

Its profit from operations also jumped by 30 percent to Rs 660 crore in the September quarter.

Shares of Bombay Burmah are trading 7 percent higher at Rs 938.35.