Birla's UltraTech Cement vs Adani Group: Here's why some brokerages say the former will lead

Birla's UltraTech Cement vs Adani Group: Here's why some brokerages say the former will lead

UltraTech Cement share price: Shares of UltraTech Cement rose about a percent on Thursday as analysts reposed their faith in the sector leader. This is when capex plans by the industry leader and the Holcim deal which makes Adani Group the second-largest cement maker in the country after UltraTech Cement, has led to consolidation and increased competition in the cement industry. Goldman Sachs sees UltraTech Cement emerging stronger in an uncertain and highly competitive environment. Meanwhile, Credit Suisse is also bullish on the cement maker.

Adani Group may have stormed into the cement industry by picking Holcim's cement business in India, placing itself in the second spot in the pecking order, but Aditya Birla Group is upping its game, too.
The shares of UltraTech Cement, the cement flagship company of Aditya Birla Group, rose around 2 percent on Thursday as analysts reposed their faith in the sector leader amid fear of increasing competition. At 10:14 am, shares of UltraTech Cement were trading 1.5 percent higher at Rs 5,488.9 on the BSE. 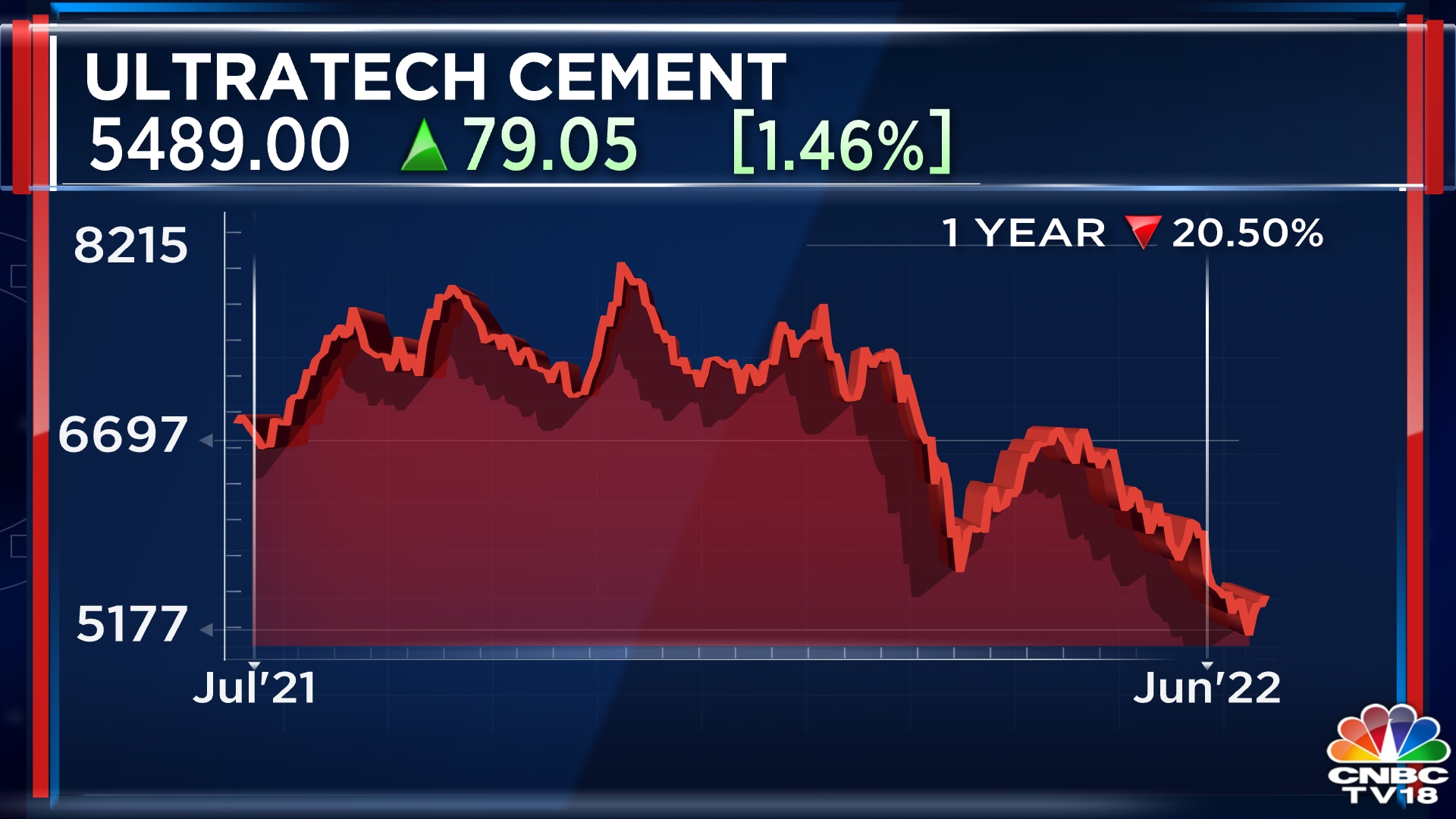 After Adani's Holcim deal, UltraTech has approved a capital expenditure plan of Rs 12,886 crore towards increasing capacity. Keeping in mind capex plans by the industry leader and the Adani-Holcim deal, the cement industry is looking at becoming more competitive and there may be some consolidations.
While the entry of an aggressive new player is negative for the industry, Adani's foray into cement can have pitfalls also, Credit Suisse has said. It added that its base case assumption is that UltraTech Cement is pricing in Rs 1,325 of profitability with volumes of 108 mt. It said that in a reasonable scenario, the band around Rs 1,000 should provide a good sense of bottom.
Further,  a potential fall in prices of coal or petcoke as well as a positive cyclical outlook on housing and investment cycle can drive upside.
Goldman Sachs also sees UltraTech Cement emerging stronger in an uncertain and highly competitive environment.
The foreign brokerage firm believes that the cement manufacturer can continue to deliver solid volume growth at a compound annual growth rate of 9-10 percent over FY23-25. It added that the current correction in the stock provides a good entry point for investors.
Also Read | Citi says Nifty earnings growth estimates at risk but these sectors are likely to do well
This reposition of faith comes at a time when some foreign brokerage firms have said that choppy demand has prompted cement companies to roll back the price hikes they undertook to offset higher raw material costs.
Besides, Goldman Sachs had, in mid-June, said that it expected the cement sector’s operating margin to decline sequentially in the first quarter of the financial year 2023 by Rs 50-100 per tonne, taking into account a likely rise in fuel costs.
Catch up on all LIVE stock market updates here.
Tags
next story