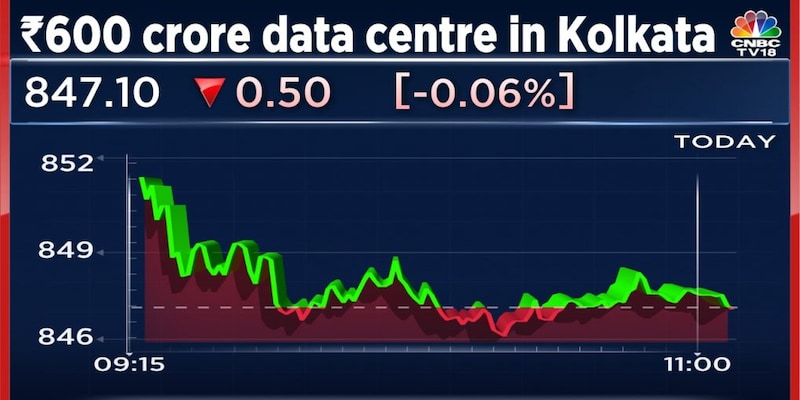 Nxtra Data is on an expansion spree and will invest over Rs 5,000 crore over the next four years to expand its capacity by three times to over 400 MW.

Nxtra Data Ltd., a subsidiary of India’s second-largest telecom player Bharti Airtel, has started the construction of its new hyper-scale data centre in Kolkata. The company is investing Rs 600 crore to develop the data centre.
The data centre will be the largest in East India and will serve the markets of the North-East and eastern regions along with SAARC countries.
Also Read: Bharti Airtel reportedly does away with the entry level plan of Rs 99 in two circles
The facility will fulfill the growing needs of enterprises and global cloud players. The 25 MW facility is coming up at New Town, Kolkata, and will be fully operational by 2024.
Nxtra Data is on an expansion spree and will invest Rs 5,000 crore over the next four years to expand its capacity by three times to over 400 MW.
It has 12 large and 120 edge facilities across India and it expects the new data centre to further cement its position as the nation's largest network of data centres. The company said that the facility will be a green facility, sourcing clean energy for running its operations.
The company has already invested and partnered with eight organisations to source more than 1,80,000 MW of renewable energy. Nxtra wants to reach net zero by 2031.
Bharti Airtel shares are trading at Rs 847.05, down 0.065 percent.
Also Read: Fitch affirms Bharti Airtel ratings at 'BBB-' on strong balance sheet and favourable environment
(Edited by : Rukmani Krishna)
Check out our in-depth Market Coverage, Business News & get real-time Stock Market Updates on CNBC-TV18. Also, Watch our channels CNBC-TV18, CNBC Awaaz and CNBC Bajar Live on-the-go!