Shares of Bata India dropped as much as two percent on Wednesday after about 3.6 million shares, representing nearly 3 percent stake in the company, changed hands via block deal.
The buyer and seller could not be immediately ascertained but the company's parent was expected to sell 2.8 percent stake in the footwear company via a block deal to raise Rs 630 crore.
The deal was expected to happen at a floor price of Rs 1,750, around 7 percent discount to Tuesday's closing price. 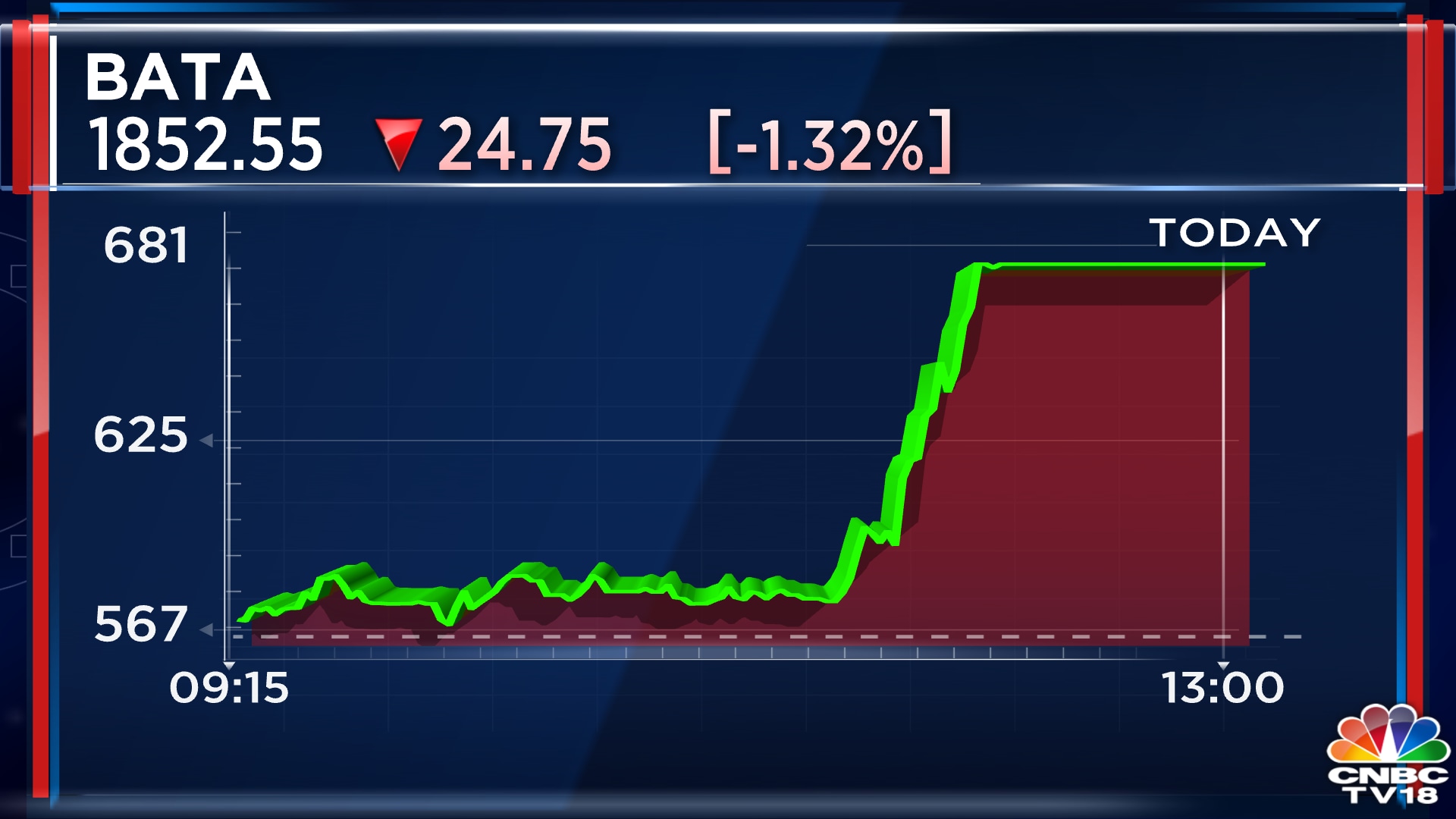 Bata India share price performance so far
At 1023 IST, shares of the company were trading 1.4 percent lower at Rs 1,852. In the past one week, the stock has gained about 6 percent while it has risen merely 39 percent in the past three years.
Also Read |
eMudhra makes decent market debut as shares list at 6% premium over issue price
As on March 31, 2022, BATA (BN) B V, the promoter of Bata India, held 52.96 percent stake in the company, as per the shareholding pattern on BSE.
Despite the stake sale, the promoter will continue to hold a majority stake in the company without any material change in control. JP Morgan is the banker for the deal and there is a lock-in period of 90 days post the large deal.
Indian footwear retailer, Bata India, offers footwear, accessories, and bags across brands such as Bata, Bata Red Label, Hush Puppies, Naturalizer, Power, Marie Claire, Weinbrenner, North Star, Scholl, Bata Comfit and Bubble gummers, among a few others.
The shoe manufacturer posted an over two-fold increase in its consolidated net profit at Rs 62.96 crore for the quarter ended March 2022 with revenue from operations rising about 13 percent to Rs 665.24 crore.
Ashwani Windlass, Chairman, Bata, said, “Given its focus on newer collection, expansion through all channels and omni channel in particular, Bata India is well poised for the future.”
Catch up on all LIVE stock market updates here.
Check out our in-depth Market Coverage, Business News & get real-time Stock Market Updates on CNBC-TV18. Also, Watch our channels CNBC-TV18, CNBC Awaaz and CNBC Bajar Live on-the-go!