Axis Bank crawled up to be the top index gainer, gaining by more than 9%, 9.21%.  in Friday's session after slumping 10% in the pre-open and losing nearly 2% as soon as the market opened.

The bank stock extended gains despite the earnings.

In a short span of time, the stock recovered by 8% from its lows after losing more than a percent in the opening and nearly 10% in the pre-opening session. 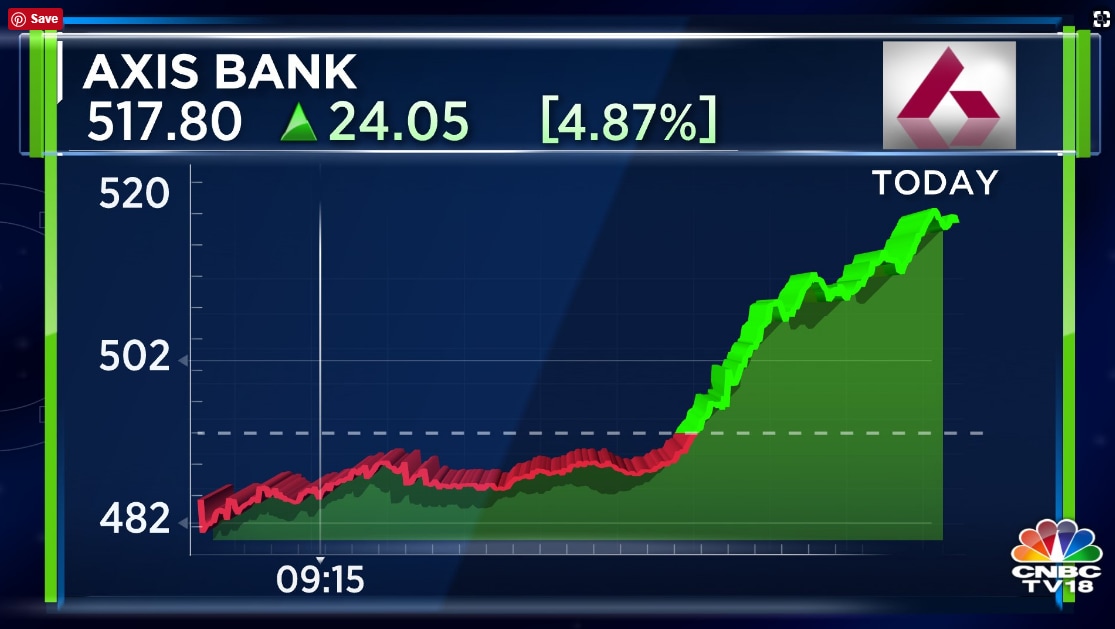 The stock was volatile in the intital trade but from 9:33 am, it became among the top Nifty gainers by gaining more 4%, recovering from the losses.

Axis Bank crawled up to being the top gainer for both the indices and did not show volaitility post the initial trades.

The bank reported its fourth-quarter earnings with a net loss of Rs 2,188 crore in March quarter against the profit of Rs 1,225 crore in the corresponding quarter last year.

The regulatory guidelines by the Reserve Bank of India (RBI) has forced the bank to recognise other accounts as bad loans that led to the Q4 loss, said Shikha Sharma, MD and CEO.

The stock, however, is gaining despite the results and not meeting the expectations of a profit.