Asian stocks in defensive mood on China and rate worries

Asian stocks in defensive mood on China and rate worries 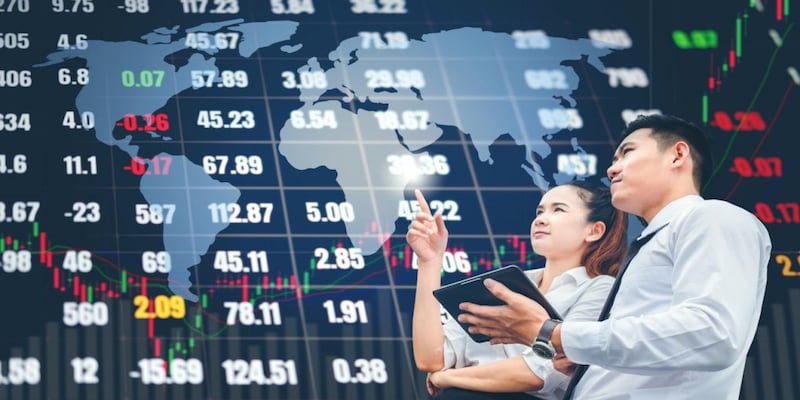 Investors are also bracing for a barrage of earnings that will help them assess the impact of the Ukraine war and a spike in inflation on company financials. Netflix, Tesla and Johnson & Johnson are all to report this week.
Moscow has refocused its ground offensive in Ukraine's two eastern provinces but Ukrainian President Volodymyr Zelenskyy has vowed to fight on.
Early in the Asian trading day, MSCI's broadest index of Asia-Pacific shares outside Japan was down 0.5 percent while US stock futures, the S&P 500 e-minis, were up 0.2 percent.
Australia's S&P/ASX 200 edged up 0.66 percent, as strong commodity prices lifted mining and energy stocks, while Japan's Nikkei rose 0.18 percent.
China's blue-chip CSI300 index was 0.06 percent higher in early trade while the Shanghai Composite Index rose 0.24 percent. Hong Kong's Hang Seng index opened down 2.4 percent, pressured by a slump in tech giants listed in the city amid China's latest regulatory crackdown on the sector.
The People's Bank of China (PBOC) said on Friday it would cut the reserve requirement for all banks by 25 basis points (bps), releasing about 530 billion yuan ($83.25 billion) in long-term liquidity to cushion a slowdown.
Investors, however, felt the smaller-than-expected cut might not be enough to reverse a sharp slowdown in the world's No. 2 economy that could significantly affect global growth.
China's gross domestic product (GDP) on Monday beat analysts' expectations with a 4.8 percent increase in the first quarter from a year earlier, while data on March activity showed weakness in consumption, property and exports affected by COVID-19 curbs.
Analysts said the key question was whether authorities would make adjustments to the tough anti-COVID-19 measures.
"We expect more policy support, mainly in the form of more infrastructure investment, stronger credit growth, and easier property policy. But we do not see the government undertake 'whatever it takes' to achieve the 5.5 percent growth target, nor shift the Covid policy soon," said Wang Tao, Head of Asia Economics and Chief China Economist of UBS Investment Bank Research.
Wall Street ended the day lower in a choppy trading day on Monday, as investors contrasted Bank of America's positive quarterly earnings with surging bond yields ahead of further earnings cues this week.
A significant cut to global growth expectations from the World Bank, paired with March weakness in China's latest economic numbers injected some pessimism into US markets, which opened on Monday following a holiday-shortened previous week.
The Dow Jones Industrial Average ended down 0.11 percent, while the S&P 500 dipped 0.02 percent and the Nasdaq Composite slid 0.14 percent.
Markets were closed on Monday in Australia, Hong Kong and many parts of Europe for the Easter holiday.
The benchmark 10-year Treasury yield was last at 2.845 percent, after previously hitting 2.884 percent earlier on Monday, the highest since December 2018, as investors adjusted for the Federal Reserve to raise rates by 50 basis points at its May and June meetings to contain rapid inflation.
The two-year yield, which rises with traders' expectations of higher Fed fund rates, touched 2.4459 percent compared with a US close of 2.46 percent.
The dollar index, a gauge of the greenback's value against six major currencies, was up at 100.88 after surging to 100.86 on Monday, the highest since April 2020.
Oil prices were slightly lower on Tuesday, after having been boosted by concerns over tight global supply amid the Ukraine crisis in the previous sessions.
US crude dipped 0.57 percent to $107.59 a barrel. Brent crude fell to $112.7 per barrel.
Gold prices steadied on Tuesday, after getting within a stone's throw of the key $2,000 per ounce level in the previous session.
Spot gold traded at $1,977.18 per ounce.
Check out our in-depth Market Coverage, Business News & get real-time Stock Market Updates on CNBC-TV18. Also, Watch our channels CNBC-TV18, CNBC Awaaz and CNBC Bajar Live on-the-go!