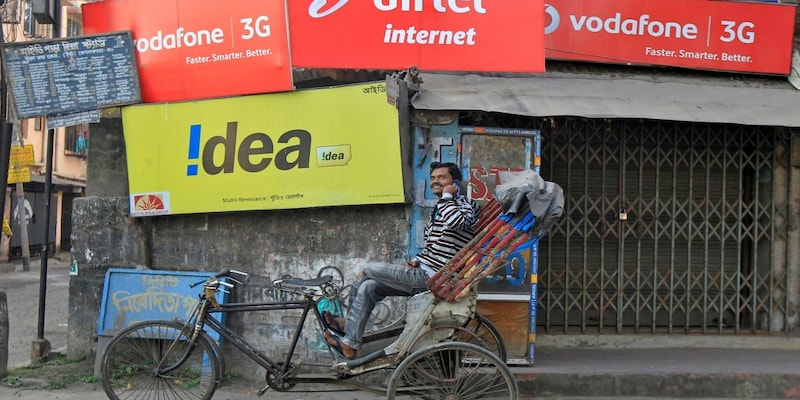 The telecom stocks ended lower after recovering marginally from a volatile trade on Thursday as the Supreme Court heard the case on the adjusted gross revenue (AGR).

The hearing is extremely vital for the telecom companies as it would decide if the companies will be allowed to spread the payment of their AGR dues over 20 years or less.
Vodafone Idea's share price ended 13.36 percent lower to Rs 9.40 while Bharti Airtel ended 2.75 percent lower to Rs 551.50 on the NSE. Meanwhile, Tata TeleServices's ended 2.82 percent lower to Rs 3.45.
During the day, the telecom stocks slipped in trade. Vodafone Idea fell as much as nearly 16 percent to Rs 9.15 while Bharti Airtel slipped 3.58 percent to Rs 546.70 per share on the NSE.
The Justice-Arun Mishra-led bench of the apex court is hearing the issue of allowing telecom firms to pay the mammoth AGR dues worth Rs 1.43 lakh crore in a staggered fashion spread over 20 years.
Lashing out against telecom companies, the Apex Court said that the telcos have been profiting during the lockdown, not one of the telcos has contributed anything towards COVID-19.
"The government admits to differences in licences of PSUs & Telcos. Our judgment could not have been made the basis of launching demand against PSUs. DoT is directed to clarify the raising of demands within 3 days of the order," said Supreme Court latest, at the hearing.
Bharti Airtel's total due is at Rs 43,980 crore. The company has paid Rs 18,004 crore in installments so far and hence the balance to be paid by the company is Rs 25976 crore.
Meanwhile, for Vodafone Idea the due is larger at Rs 58254 crore. The company has paid Rs 6354 crore in two installments so the balance due to Rs 51,400 crore.
On 16 March, the Department of Telecommunication (DoT) had approached the apex court for seeking approval for a formula allowing telecom service providers to pay AGR dues in annual installments over the next 20 years or more.
Also Read:
What telcos owe, what they have paid so far
Check out our in-depth Market Coverage, Business News & get real-time Stock Market Updates on CNBC-TV18. Also, Watch our channels CNBC-TV18, CNBC Awaaz and CNBC Bajar Live on-the-go!