A major factor in boosting GDP growth of any economy is a higher spend on Research & Development. Innovations and R&D result in an improvement in the Total Factor Productivity (TFP) of the economy.

According to a report by ICICI Securities, India needs a higher R&D spend, especially from the private sector to boost TFP to over 3 percent for achieving more than 8 percent growth. 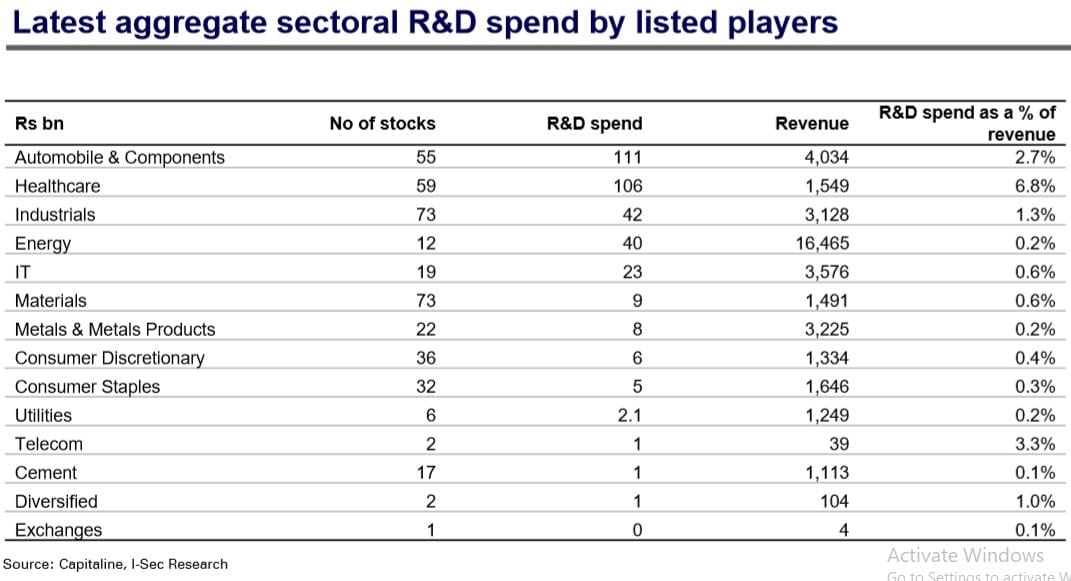 Among sectors, Automobile was the top contributor with spending Rs 11,100 crore on R&D followed by the pharmaceutical sector with Rs 10,600 crore spending, industrials + energy with Rs 8,200 crore and IT with Rs 2,300 crore of R&D spends.

The private sector investment in R&D was at 37 percent which is much lower than the government and is a departure from the global trend of higher contribution by the private sector.

R&D spend in India has remained stable at around 0.7 percent of GDP since 2014. However, it is relatively low as compared to other emerging economies (1-1.5 percent) and significantly lower than developed economies and China (more than 2 percent)

Tata Motors emerged as the largest spender on R&D in FY20 with a total of Rs 3,100 crore. The amount was 7.10 percent of its total revenue.

Followed by it was another auto major - Mahindra & Mahindra – which had spent 6.50 percent of its revenue or Rs 3,000 crore on R&D.