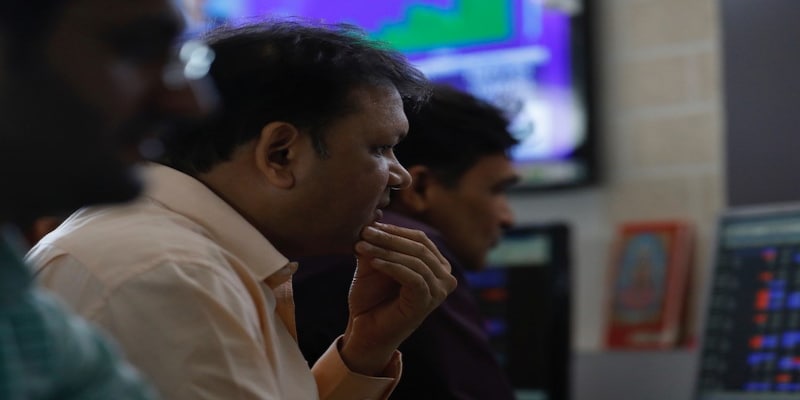 Indian equity market looked set for a mildly positive start on Friday after the benchmark index Sensex erased all gains of 2018 in the previous session following a selloff in global stocks. At 07.15 AM, SGX Nifty, an early indicator of the Nifty 50's trend in India, was up 0.25 percent to 10,307, indicating a positive opening for the Indian market today.

Indian equity market looked set for a mildly positive start on Friday after the benchmark index Sensex erased all gains of 2018 in the previous session following a selloff in global stocks.

At 07.15 AM, SGX Nifty, an early indicator of the Nifty 50's trend in India, was up 0.25 percent to 10,307, indicating a positive opening for the Indian market today.
Here is what you need to know before the market opens:
Asia: MSCI's broadest index of Asia-Pacific shares outside Japan rose 0.2 percent after the opening of the South Korea and Australian markets, a day after it fell 3.6 percent to hit 1-and-a-1/2 year low. Japan's Nikkei fell 0.6 percent.
US: The Dow Jones Industrial Average fell 545.91 points, or 2.13 percent, to 25,052.83, the S&P 500 lost 57.31 points, or 2.06 percent, to 2,728.37 and the Nasdaq Composite dropped 92.99 points, or 1.25 percent, to 7,329.06.
Crude oil prices: Brent crude futures edged up 13 cents to $80.39 a barrel by 0042 GMT. The contract fell 3.4 percent on Thursday, after hitting a low of $79.80, its weakest since Sept. 24. US West Texas Intermediate (WTI) crude futures were up 11 cents at $71.08 a barrel, after falling 3 percent in the previous session to the lowest since Sept. 21.
Market at close on Thursday: Indian shares plunged more than 2 percent on Thursday, at their lowest closing levels since April, mirroring the market's rout across the globe amid rising trade concerns and expectation of rate hikes in the United States. The benchmark BSE Sensex closed down 2.19 percent at 34,001.15, while the broader NSE Nifty ended 2.16 percent lower at 10,234.65.
Rupee: The Indian rupee closed at 74.12 against the US dollar on Thursday, up 8 paise from its Wednesday close of 74.20.
Dollar: The dollar fell to a near two-week low against a basket of currencies. The dollar index fell 0.52 percent, with the euro up 0.63 percent to $1.1591.
FII & DII data: Foreign institutional investors (FIIs) sold shares worth Rs 2,869 crore while domestic institutional investors bought shares worth Rs 1,888 crore in the Indian equity market on Thursday.

Import Duty Hike: The government on Thursday hiked the import duty on certain communication items, including base stations, to up to 20 percent as part of efforts to check a widening current account deficit by curbing imports.

Rafale Row: French aircraft maker Dassault Aviation clarified on Wednesday that it had "freely chosen" India's Reliance Group for a partnership to manufacture parts for Rafale aircraft and Falcon 2000 business jets.
OPEC on Oil Market: OPEC sees the oil market as well supplied and is wary of creating a glut next year, the group’s secretary-general said on Thursday, suggesting producers are in no rush to expand a June agreement that raises output.
(With inputs from agencies)
Have you signed up for Primo, our daily newsletter? It has all the stories and data on the market, business, economy and tech that you need to know.
Check out our in-depth Market Coverage, Business News & get real-time Stock Market Updates on CNBC-TV18. Also, Watch our channels CNBC-TV18, CNBC Awaaz and CNBC Bajar Live on-the-go!