Stock Market Highlights: Indian indices ended the first trading day of this week with gains, up nearly 1.5 percent led by auto and metal stocks. The Nifty Metal and Nifty Bank indices were up 2.47 percent and 2.88 percent, respectively. Meanwhile, realty index surged 3 percent higher followed by bank and FMCG indices also added to the gains. M&M, Bajaj Finance, Hindalco,  Tata Motors and RIL were the top gainers on the Nifty50 index. Bajaj Auto, GAIL, Bharti Airtel, Wipro and Dr Reddy's were the top losers of the index, down up to 1 percent.

2. Reliance Industries the biggest contributor to Nifty with 58 points

Indian indices ended over a percent higher on Monday led by auto, banks and IT stocks. Gains in Asian peers also uplifted the market sentiment during the day. Index heavyweights RIL, HDFC Bank, TCS, Bajaj Finance and M&M contributed the most to the indices.

The Sensex ended 466 points higher at 36,487 while the Nifty rose 156 points to settle at 10,764. Broader markets also jumped with Nifty Midcap and Nifty Smallcap indices up 1.5-2 percent for the day.

Among sectors, Nifty Auto surged the most, up nearly 3 percent led by M&M, Ashok Leyland, Tata Motors, and Maruti which rose between 3 percent and 7.5 percent.

Meanwhile, Nifty Metal added 2.4 percent and Nifty Bank rose 1.6 percent. Nifty Fin Services and Nifty IT were also up over 1 percent each.

Stock Update: Sobha's shares gained over 5 percent after the real estate major reported better operational performance during the first quarter of fiscal 2021 despite the coronavirus-induced nationwide lockdown. The stock gained as much as 5.67 percent to Rs 235.50 on the BSE. At 9:45 am, the shares traded 5.36 percent higher, quoting at Rs 234.80 apiece. The company reported Q1FY21 sales volume at 650,400 lakh square feet valued at Rs 488 crore, with a total average realisation of Rs 7,498 per square feet. Read more

Rupee Update: The Indian currency ended flat on Monday amidst positive sentiment in equity indices. The rupee ended at 74.68 against the US dollar as compared to the Friday's close at 74.64.

Axis Securities' 'top picks' basket has delivered a return of 9.4% (6% in June) since the launch in the month of May with 9 out of 10 picks registering gains. According to the brokerage, IT, consumer and telecom sectors will be back in focus with quarterly earnings season. Value stocks, mid and small caps could further see increased allocation depending on pricing power, it added. "Except BFSI, there's limited valuation comfort across sectors," said the brokerage. Here's a list of 10 stocks recommended by Axis Securities! Indian financial institutions have been on a capital raising spree amid growing uncertainty about the impact of COVID-19 pandemic on their books. A slew of banks, non-bank lenders and others have either raised capital or at least announced plans to raise capital since the outbreak of the virus.

The latest lender to join this growing list is ICICI Bank. The bank is set to consider an equity raising plan in its board meeting on July 8. While the bank did not disclose the amount of capital it is looking to raise, it is expected to be a large amount. This will be the bank’s first equity capital raising exercise in the last 13 years. ICICI Bank last raised Rs 20,000 crores back in 2007 and has not used the route to raise money since. It has, instead, divested stake in various subsidiaries to raise capital from time to time.

Among its peers, Axis Bank recently announced its plan to raise up to Rs 15,000 crores this year. This is the second such proposal in less than a year. Axis recently raised Rs 12,500 crores via a Qualified Institutional Placement (QIP) in September of 2019. Read more.

European markets bounced on Monday morning as investors focus on the prospect of economic recovery and progress on potential coronavirus drugs, shrugging off concerns about a further acceleration of the pandemic.

The pan-European Stoxx 600 added 1.7% in early trade, with banks jumping 4.2% to lead gains as all sectors and major bourses entered positive territory.

Stocks in Europe look set to follow the trend set in Asia overnight as mainland Chinese stocks rallied on bullish sentiment, with the Shanghai composite surging more than 4% to lead gains.

A Reuters report said that workers union had asked operations be halted. It quoted the President of the union saying that people were scared to come to work after around 250 of them have so far tested positive for COVID-19. Bajaj Auto Managing Director Rajiv Bajaj said that he would continue to keep the company's Aurangabad running, and that it was the safest place in Aurangabad. He said the workers' union had requested him not to shut the plant and that even the gram panchayat was in agreement with the plant being functional. Watch his exclusive interview here!
Share:

Watch: Why Bernstein feels IT is a better alternative to FMCG at current levels

Watch: Why Bernstein feels IT is a better alternative to FMCG at current levels. Get latest Business online at cnbctv18.com

Buzzing Stock: Prism Johnson's shares is locked in an upper circuit of 10 percent at Rs 48.4 per share. The company's Board of Directors held a meeting today and have approved the divestment of the entire 51 percent share holding in Raheja QBE General Insurance Company. The total aggregate consideration of this deal is Rs 289.68 crore, said the company's filing. The company estimates the sale to be completed by March 31, 2021.

Stock Update: Kalpataru Power Transmission's shares gained as much as 7percent to Rs 250.8 per share on the NSE. The company announced that it has signed definitive agreements to sell Alipurduar Tranmission- a wholly-owned subsidiary of Adani Transmission. The enterprise value of the deal is around Rs 1,286 crore, said the company's exchange filing. "We are now targeting to complete the sale and transfer of all balance T&D assets in FY20-21. The sale of T&D assets is a pivotal step in accelerating KPTL's growth strategy," said Manish Mohnot, MD of Kalpataru Power Transmission.

#COVID_19 cases escalate at Bajaj Auto's Waluj facility in Aurangabad. 250 workers out of 8,100 are said to be infected with #coronavirus. Rajiv Bajaj, MD of Bajaj Auto talks to CNBC-TV18 about the situation pic.twitter.com/DQXNEKGYtf

Shares of IndusInd Bank jumped over 4 percent on Monday after the bank announced that it's net advances have risen over 4 percent to Rs 2 lakh crore on a YoY basis. However, on a sequential basis, the net advances of the lender contracted 3.1 percent.  Meanwhile, deposits stood at Rs 2.11 lakh crore in Q1 FY21, up 6 percent from Rs 2 lakh crore in Q1 FY20, the lender said in a quarterly update. Retail deposits and deposits from small business customers amounted to Rs 67,318 crore in Q1 FY21, or 31.8 percent of the total deposits reported during the quarter, it added.

The share price of Reliance Industries hit 52-week high and gained two percent on Monday after the company announced twelfth high-profile investment (Intel) in the firm in less than three months. The stock gained as much as 2 percent to Rs 1,821.90 per share on the NSE. With Intel's investment, Jio Platforms has raised Rs 1,17,588.45 crore from leading technology investors including Facebook, Silver Lake Partners (two investments), Vista Equity Partners, General Atlantic, KKR, Mubadala, ADIA, TPG, L Catterton and PIF. This makes investment in Jio Platforms the largest continuous by any company in the world. 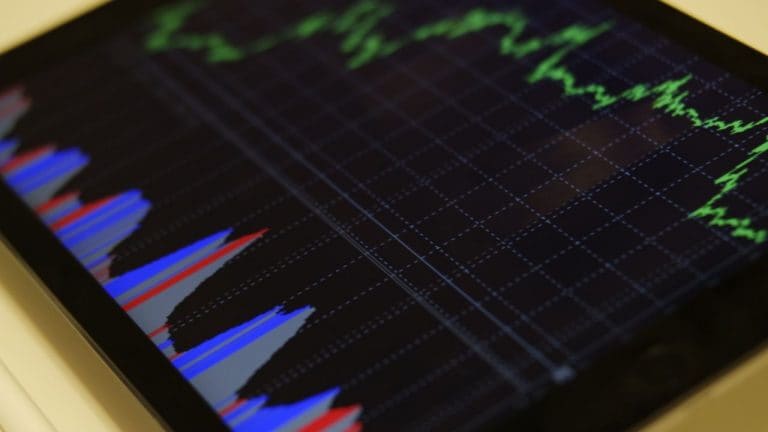 A quick study reveals a strong negative correlation between real interest rates in US and the S&P 500.Get latest Market online at cnbctv18.com

2) Second is a pre-emptive buy on Bharti Infratel, which has given a range breakout over the last three-four sessions with a very small stop loss of Rs 220 and could go all the way up to Rs 240.
Share:

CLSA picks Sun Pharma over Lupin despite the latter performing better. Here's why

The pharma companies had a great run in the first half of this year and are most likely to continue further. The strong bullish sentiment has led to a rally of 61 percent for the Nifty Pharma index from March lows. As competition increases further among pharma companies, CLSA has placed its bet on Sun Pharma as opposed to Lupin in its recent research report. The global brokerage clearly said that it prefers India's largest pharmaceutical company Sun Pharma over Lupin given more predictable earnings and valuation discounts. Despite Sun Pharma reporting a slip in its consolidated net profit while Lupin's profit rising, CLSA placed its bet on the former. More here

Technical view: The bullish structure remains intact as long as we are trading above 10,300-10,200 and ideally we could have asked to trail stop losses at these levels. Theoretically, it may be correct but practically risk-reward is not favorable following this strategy and hence, we advise staying light and wait for further developments. If we manage to go beyond 11,000, we would see next leg of the rally and there we can aggressively start participating again, says Sameet Chavan, Chief Analyst-Technical and Derivatives, Angel Broking.

Shares of real estate major Sobha Ltd gained over 5 percent after the company reported better operational performance during the first quarter of fiscal 2021 despite the coronavirus-induced nationwide lockdown. The company reported Q1FY21 sales volume at 650,400 lakh square feet valued at Rs 488 crore, with a total average realization of Rs 7,498 per square feet. The company said that Bengaluru was amongst the least impacted metros from COVID-19 so far and has contributed 74 percent of sales volume during Q1FY21 along with other regions also contributing meaningfully.

Rupee Update: Indian rupee opened higher by 14 paise at 74.50 per dollar against the previous close of 74.64, amid buying seen in the domestic equity market. On July 3 rupee ended 37 paise higher at 74.64 per dollar. Ride-sharing company Uber Technologies Inc has agreed on a deal to buy food-delivery app Postmates Inc in a USD 2.65 billion all-stock agreement, Bloomberg News reported late Sunday, citing people familiar with the matter. The deal has been approved by Uber's board and could be announced as soon as Monday, Bloomberg reported, adding that Pierre-Dimitri Gore-Coty, head of Uber's food delivery business, Uber Eats, is expected to continue to run the combined delivery business. Uber and Postmates did not immediately respond to a Reuters request for comment.
Share:

Among brokerages, CLSA and HSBC are bullish on Tata Power while Jefferies said that Q1 sales indicate share gains for Sobha. Here are the top brokerage calls for the day:Get latest Market online at…

Indian indices started the week on a positive note, tracking Asian peers, led by gains in financials and index heavyweight RIL. At 9:18 am, the Sensex was trading 310 points higher 36,331 while the Nifty rose 103 points to 10,711. HDFC Bank, IndusInd Bank, IT, Bajaj Finance and NTPC were the top gainers while HUL and Bajaj Auto were the only 2 losers.