Stock Market Highlights: Indian indices pared gains to settle on a flat note on Wednesday as gains in IT stocks were capped by losses in index heavyweights RIL and Bharti Airtel. RIL shares fell over 4 percent on profit booking after the company's chairman announced a new strategic partnership with Google

Indian indices pared gains to settle on a flat note on Wednesday as gains in IT stocks were capped by losses in index heavyweights RIL and Bharti Airtel. RIL shares fell over 4 percent on profit booking after the company's chairman announced a new strategic partnership with Google. The Sensex ended 19 points higher at 36,052 while the Nifty rose 11 points to settle at 10,618. The top 5 gainers on the Nifty50 index were all IT stocks - Wipro, Infosys, HCL Tech, Tech Mahndra, and TCS, up between 2.7 percent and 17 percent. Meanwhile, RIL, Bharti Airtel, Zee, GAIL, and Bharti Infratel led the losses.

RIL AGM: Mukesh Ambani proposes to spin off the oil-to-chemicals business into a separate entity

Addressing shareholders at the company's 43rd AGM, Mukesh Ambani said RIL will spin off the oil-to-chemicals (O2C) business into a separate entity and induct strategic partners. 'Will approach NCLT with our proposal to spin off our O2C biz into a separate subsidiary,' Ambani announced. The oil-to-chemical business has outperformed in a challenging environment, he said, adding that this accounted for 50 percent of India's export. He further announced that RIL has been approached by strategic investors in its petrochemicals business.

Edelweiss Financial Services has sued rating agency Moody’s Corporation for $100 million or Rs 750 crores for misreporting its financials in its recent report. Edelweiss has sought another Rs 100 crore in exemplary damages from the rating agency in its suit filed at the Bombay High Court. In its May 18 report titled, “Economic Slowdown Worsened by Coronavirus will Exacerbate Liquidity Stress”, Moody’s had highlighted risks to NBFCs, including Edelweiss, due to their weak liquidity profiles, and exposure to vulnerable sectors. More here

Indian indices were off day's high but were trading around 0.5 percent higher. Gains in IT stocks were capped by losses in index heavyweights RIL and Bharti Airtel. RIL shares turned red on profit booking after the company's chairman announced a new strategic partnership with Google. Reliance Industries chairman Mukesh Ambani announced that Google will invest Rs 33,737 crore for a 7.7 percent stake in Jio Platform. This makes it the 14th investment in Jio Platforms in less than 3 months. Speaking at RIL's 43rd annual general meet, Ambani said that it welcomes a new strategic partnership with Google. He added that including Google the company has raised Rs 1,52,056 crore in last few months from strategic investments. Market Update: Indices jump around 2%; top gainers and losers at this hour India's auto sales volume will not return to the peak levels seen in 2018 for another three-to-four years, an industry body executive said on Tuesday, as the COVID-19 pandemic has aggravated disruption in a sector already hit by weak demand. In the fiscal year that began on April 1, sales of cars, sport utility vehicles (SUVs), motorbikes and trucks have already fallen 75 percent from a year ago to about 1.5 million vehicles, data released by the Society of Indian Automobile Manufacturers (SIAM) showed. More here

Steel Strip Wheels share price rose 4 percent after the company received export orders. The company has received new orders for Mobile Home market from the US. The order comprises of almost 8,200 steel wheels to be executed in the month of August from its Chennai plant.
Share:

Trim at every rise or buy on every dip? JM Financials has a strategy and its top picks So what should investors do in case of such a huge disconnect between the market and macro conditions - trim at every rise or buy on every dip?Get latest Market online at cnbctv18.com

Oil prices rose on Wednesday following a sharp drop in U.S. crude inventories, with the market waiting for next steps from a meeting later in the day on the future level of output cuts by OPEC and its allies. Reflecting a recovery in fuel demand despite the coronavirus pandemic, U.S. crude inventories fell by 8.3 million barrels in the week to July 10, beating analysts’ expectations for a decline of 2.1 million barrels, according to data from industry group the American Petroleum Institute.
Share:

BlackRock pulls up over 50 companies for inaction on climate change

In an annual letter to chief executives in January, Blackrock CEO Larry Fink had said that sustainability should be at the centre of the fund's investment strategy going forward and that his firm would immediately stop investing in companies that “present high sustainability related risk” such as coal producers. He also said that climate change was "almost invariably the top issue that clients around the world raised”. In a recent report,  Blackrock said it had placed around 244 companies on a watch list as they were not making sufficient progress on climate change initiatives. Blackrock also said that the remaining 191 companies risked voting action in 2021 if they did not make substantial progress. More here
Share:

Why investors are disinterested in YES Bank FPO despite half market price? 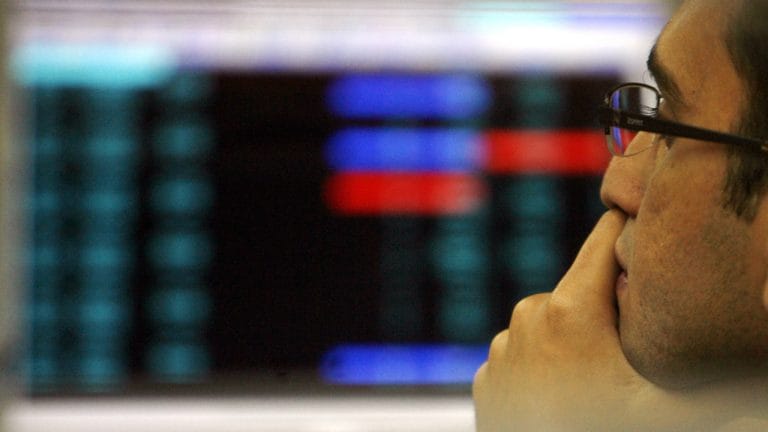 The Bank of Japan kept monetary policy steady on Wednesday and maintained its view that the economy would gradually emerge from the coronavirus pandemic's devastating blow, signalling a pause after delivering stimulus twice so far this year. But it warned that uncertainty over the outlook was "extremely high" due to various risks, including the possibility of a huge second wave of infections and potential disruptions to the banking system. "Japan's economy is expected to gradually improve from the latter half of this year. But the pace of recovery will be moderate as the effect of the global coronavirus pandemic will remain," the BOJ said in a quarterly outlook report.
Share:

Gold prices edged higher on Wednesday, holding firm above the psychological $1,800 level, as worries over surging coronavirus cases and simmering US-China tensions boosted demand for the safe-haven metal. Spot gold was up 0.1 percent at $1,808.61 per ounce by 0240 GMT. US gold futures eased 0.1 percent to $1,811.40. "Demand appears firm for gold on any dips to the $1,800 regions for now with investors hedging Covid-19 risks, most especially after the renewed lockdown in California," said Jeffrey Halley, a senior market analyst at OANDA.

“First is a buy recommendation in Tech Mahindra. A price breakout technically has been seen in yesterday’s trading session itself and today a good follow up move has been seen. One can go long on Tech Mahindra with stop loss below Rs 602 for target somewhere around Rs 670 which is its 200 day moving average.” “Second is from the midcap IT which is Tata Elxsi. A relative outperformance from the midcap IT has been seen in Tata Elxsi. So, the trend still continues to be positive. So, keeping a stop below Rs 885, Tata Elxsi can be bought for a target of Rs 975.”
Share:

Private sector lender Yes Bank today said it raised Rs 4098.46 crore from anchor investors, ahead of its follow on public offer (FPO). The Rs 15,000 crore-FPO is set to open on July 15 and close on July 17. The bank allotted 341.5 crore shares to anchor investors at Rs 12 per share, the lower end of the price band. The bank had earlier announced a price band of Rs 12-13 per share, almost half the prevailing market price at that time. More here
Share:

Co will inspect the units for a possible issue with the Fuel Pump. pic.twitter.com/2O4WGqR3BJ

Stock Update: Infosys' shares gained as much as 3.4 percent to Rs 810 per share on the NSE after the company signed partnership with Vanguard as part of its ongoing strategy to evolve its full service DC business. This will help in planning administration and assume day-to-day operations supported by Vanguard's DC recordkeeping system, said the company's exchange filing. It further added that the the new platform will help in improving Infosys' retirement savings experience for plan sponsors and participants.

Wipro's revenues might have taken a dip of 7.5 percent sequentially during the June quarter, but the company recorded a strong operating margin of 19 percent despite disruption from the COVID Pandemic. The company is hoping to hold its margins in a narrow band for the next few quarters as well.

The stock gained as much as 17 percent to Rs 269 per share on the NSE.

The company saw a contraction in several verticals such as Consumer Business Unit, which shrunk 12.3 percent in terms of revenue, Communication declined by 14.7 percent, and BFSI contracted 6.6 percent.

The It giant will also be acquiring IVIA Servigos de Informatica - an I.T. solutions provider in Brazil for $22.4 million, a transaction likely to be completed in the quarter ending September 30, 2020.