Stock Market Highlights: Indian equity indices snapped the four-day gaining streak to end lower on Thursday due to the slip in pharma, IT and banking stocks. Broader markets outperformed the benchmarks to end in green. Nifty Pharma remained the worst-performing index of the day. NTPC and Tata Motors were the Nifty50 top gainers while Hero MotoCorp and IndusInd Bank remained the index top losers.

The Indian benchmark equity indices, Sensex and Nifty ended lower Thursday dragged by seeling in pharma, IT and banking stocks.

Among sectors, Nifty Pharma, Nifty IT, Nifty Private Bank and Nifty Financial Services fell the most while Nifty Metal, Nifty Media, Nifty FMCG and Nifty Realty ended in the green.

Colgate-Palmolive (India) has reported a 12.4 percent rise in net profit for the second quarter of fiscal 2021 at Rs 274.2 crore as against Rs 244 crore in the year-ago quarter. The company's revenue increased by 5.3 percent to Rs 1,286 crore from Rs 1,221.8 crore, YoY. Domestic net sales for the quarter reported 7.1 percent growth.

Earnings before interest, tax, depreciation and amortisation (EBITDA) in Q2FY21 rose 26.6 percent to Rs 409 crore from Rs 323 crore while margin expanded by 540 bps to 31.8 percent as against 26.4 percent the same period last year.

CLSA upgraded the stock to Outperform from Underperform and raised the target price to Rs 1,525 from Rs 1,420 earlier. Read more

Rupee ends at around 2-week low

Larsen & Toubro (L&T) has given a breakout in today’s session and the stock has moved from the higher levels. L&T can be bought at current levels of Rs 930-932 for a target price of Rs 960 and a stop loss below Rs 924 can be placed for the day.

I have a short call on IndiGo. The stock is suggesting that it is facing some kind of resistance in the supply at higher zones. So we might see stock coming down to lower levels. So IndiGo is a short sell for a target price of Rs 1,325 and a stop loss above Rs 1,365.

A buy call in a cash segment midcap stock IRB Infrastructure. It is a buy for a target price of Rs 125 and a stop loss below Rs 110.

Shares of Chennai Petroleum Corporation Ltd rallied over 15 percent on Thursday after the company reported its September quarter earnings. The stock jumped as much as 15.41 percent to an intraday high of Rs 78.25 on the BSE. At 11:25 am, the shares traded 14.45 percent higher at Rs 77.60 apiece against a 0.33 percent fall in the benchmark Sensex.

Bajaj Auto’s realization for the quarter ended September came in at Rs 67,935 per unit as compared Rs 65,673 per unit, YoY. Click here to read

Govt decides to make graded relaxation in visa & travel restrictions for more categories of foreign nationals and Indian nationals who wish to enter or leave India.

RBI announces Rs 1 lakh crore 'on tap' TLTRO: The Reserve Bank on October 21 announced an 'on tap' Targeted Long-Term Repo Operations (TLTRO) scheme of up to Rs 1 lakh crore to enable banks to provide liquidity support to a host of sectors, including agriculture, retail, drugs and pharmaceuticals and MSMEs. "Investments made by banks under this facility will be classified as held to maturity (HTM) even in excess of 25 percent of total investment permitted to be included in the HTM portfolio. All exposures under this facility will also be exempted from reckoning under the large exposure framework (LEF)," the RBI said.

All banks eligible under the Liquidity Adjustment Facility (LAF) can participate in the scheme. Liquidity availed by banks under the scheme has to be deployed in corporate bonds, commercial paper and non-convertible debentures issued by entities in sectors like agriculture; agri-infrastructure; secured retail; MSMEs; and drugs, pharmaceuticals and healthcare — over and above the outstanding level of their investments in such instruments as on September 30, 2020. (Source: Moneycontrol)

European equities trade with cuts. Do note, Dow Fut is now down 200 points.

Hareesh V, Head of Commodity research, Geojit Financial Services: Recovery in the US dollar and doubts over US fiscal stimulus measures before the presidential election are likely to weigh gold prices further.  However, resurging pandemic cases and unsolved US-China trade tensions may limit major selling pressure on prices. In the event of inability to move past USD 1,940, we can expect selling pressure to continue during the day. However, major weakness may be seen only a close below USD 1,840.

Aurobindo Pharma gets US FDA nod to manufacture & market Acetaminophen Injection, indicated for the treatment of mild to moderate pain in adult and pediatric patients 2 years and older. The product will be launched in December 2020.

Aurobindo Pharma gets @US_FDA nod to manufacture & market Acetaminophen Injection, indicated for the treatment of mild to moderate pain in adult and pediatric
patients 2 years and older. The product will be launched in December 2020. pic.twitter.com/0R4K7O3bZ3

The share price of JK Tyre & Industries surged 9 percent on Thursday after the company reported a strong operational performance in the September quarter. The stock rose as much as 8.9 percent to Rs 66 per share on BSE.

The sentiment was also lifted as margins hit a four-year high of 15.6 percent in the quarter under review. The EBITDA also rose 21 percent YoY to Rs 366.69 crore because of the overall improvement in sales and cost-cutting measures. Click here to read more

Will be among the best growing IT cos this year: L&T Infotech

L&T Infotech reported a strong set of earnings with a beat on revenue, margins and profit after tax (PAT). Speaking to CNBC-TV18, Sanjay Jalona, MD & CEO of L&T Infotech said that they will cross Q4FY20 revenues in the next quarter. He further added that H2FY21 will be stronger than H1FY21.

“We will handsomely cross our Q4FY20 quarters in our Q3. Overall H2 with the strength in pipeline, strength in the deals that we are working on, H2 will be stronger than H1. For the year, we feel confident to be on the leaders’ quadrant of growth,” he said. The new deals have 90 percent plus offshoring component, said Jalona. He further added that he is confident that net profit margin will be in a range of 14-15 percent for FY21. More here

Gold prices in India traded lower on the Multi Commodity Exchange (MCX) Thursday following a muted trend in the international spot prices amid a recovery in the dollar and uncertainty around the US stimulus package. Gold futures for December delivery fell 0.49 percent to Rs 51,081 per 10 grams as against the previous close of Rs 51,333 and opening price of Rs 51,199 on the MCX. Silver futures traded 1.02 percent lower at Rs 62,982 per kg. The prices opened at Rs 63,111 as compared to the previous close of Rs 63,629 per kg. Nomura is bullish on Bajaj Finserv as it believes the insurance business will do well. The brokerage house has upgraded the stock to a buy with a target price of Rs 7,550. CNBC-TV18’s Nimesh Shah has…

Dr Reddy’s shuts all key plants across the world due to data breach: Report

Pharma major Dr Reddy’s Laboratories has shut all its key plants across the world due to a data breach, ET Now reported on Thursday. The share price of Dr Reddy’s Laboratories fell on the report of the data breach, down 3 percent. However, when contacted by CNBC-TV18, the company’s spokesperson refused to comment on the issue. “We have no comments to offer at this time,” the spokesperson said.

Shares of Bajaj Finserv rose 3 percent on Thursday after the firm reported its September quarter earnings. The firm reported an 18 percent fall in its consolidated net profit to Rs 986.29 crore in Q2 as group entities suffered a contraction in profits. The company had posted a net profit of Rs 1,203.72 crore for the July-September quarter a year ago. However, the Street was positive as its total income (consolidated) rose 5.8 percent to Rs 15,051.59 crore in the quarter under review compared to Rs 14,224.22 crore in the year-ago period. Bajaj Finserv is the holding company of financial services firms of the Bajaj group. The stock rose as much as 2.9 percent in intra-day deals to Rs 6,079 per share on BSE. However, it later pared some gains and was trading around 0.8 percent higher at 10:45 am. In comparison, the Sensex was down 0.3 percent or 132 points lower at 40,575.

Shares of JK Tyre & Industries surged 9 percent on Thursday after the company reported a strong operational performance in the September quarter. The company’s revenue from operations increased 5.5 percent YoY to Rs 2,274.84 crore as compared with Rs 2,154.95 crore in the year-ago period. However, it reported a 34.59 percent decline in its consolidated net profit at Rs 109.68 crore in Q2 versus a net profit of Rs 167.7 crore in the year-ago period. The sentiment was also lifted as margins hit a four year high of 15.6 percent in the quarter under review. The EBITDA also rose 21 percent YoY to Rs 366.69 crore because of the overall improvement in sales and cost-cutting measures.
Share:

Vedanta is an ‘avoid’, said Gurmeet Chadha, Co-Founder & CEO at Complete Circle Consultants in an interview with CNBC-TV18. “There are far better opportunities in the market, there are a lot of undervalued plays including some of the better managed companies,” he added. He is neutral on Bajaj Finance at current levels. “If I see probably a 10 percent kind of a correction from current levels, it would be accumulate for me. We are neutral at these price levels,” he said. Watch video for more
Share:

The 99 percent club: A look at stocks that destroyed the most shareholder wealth 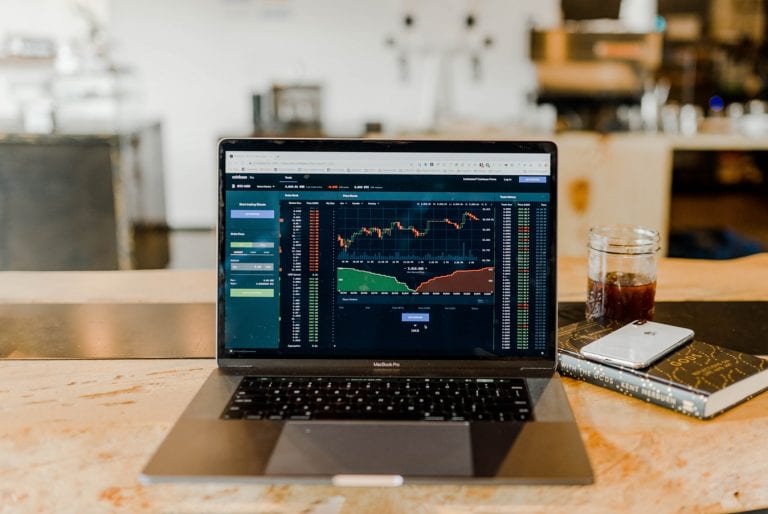 In the latest Off the Charts, Anuj Singhal takes a look at some of the biggest wealth destroyers of the past several years, and connects what's common between them.Get latest Stocks online at…

Chinese-backed drug firm Gland Pharma has received approval from market regulator SEBI to launch an initial public offering (IPO) worth Rs 6,000 crore, Moneycontrol reported quoting sources. The company had filed its papers in July 2020. The Hyderabad-based drugmaker would be the first company with Chinese parentage to launch an IPO in the Indian equity market, and comes amid a downturn in India-China relations following the Galwan clash. The report said Gland could issue an offer for sale for 34,863,635 equity shares by the existing shareholders of the company. Most of the IPO proceeds will be used for capex and working capital for its Indian operations. The offer is likely to comprise a fresh issue aggregating up to Rs 1,250 crore and an offer for sale of up to Rs 4,750 crore.

“BPCL, we have seen some of the events out of the way. The treasury stocks were taken and therefore we have seen 18 percent open interest (OI) built in the series and 7 percent OI was built yesterday. There was some correction from the higher levels, but it would require some buying here. So, I am buying the 350 Call at Rs 9.8, stop loss at Rs 7, and target at around Rs 16.”

#2QWITHCNBCTV18 | Here's a look at some stocks reacting to their results, announced post market yesterday pic.twitter.com/W5j2P8C9T9