Stock Market Highlights: Indian indices pared gains to end flat on Tuesday dragged by energy and pharma stocks. However, gains in banks, auto capped the losses. The Sensex ended 46 points lower at 34,916 while Nifty fell 10 points to settle at 10,302.

- Cements Stocks Higher In trade On Hopes Of Demand Recovery, Shree Cem Up 3%

- JSPL Surges Over 5% On Likely Announcement Of Oman Business Deal

- IndiGo Announces Further Leave Without Pay For Pilots, Stock Down 2%

Indian indices pared gains to end flat on Tuesday dragged by energy and pharma stocks. However, gains in banks, auto capped the losses. The Sensex ended 46 points lower at 34,916 while Nifty fell 10 points to settle at 10,302. Broader markets also ended marginally lower for the day. Nifty Midcap fell 0.2 percent while Nifty Smallcap was down around half a percent.

Sectors were mixed with pharma and PSU banks dragging the most while auto and FMCG indices capped the losses. Nifty Pharma and Nifty PSU Bank lost around 1.5 percent each during the day, however Nifty Auto rose 1 percent. Meanwhile, Nifty IT and Nifty Bank were flat for the day. Shree Cements, Maruti, ICICI Bank, Nestle, and Britannia were the top gainers for the day, while BPCL, PowerGrid, Sun Pharma, GAIL, and IOC led the losses.

Punjab & Sind Bank on Tuesday reported widening of loss to Rs 236.30 crore for the fourth quarter of 2019-20 as provisions for bad loans rose. The public sector bank had posted a loss of Rs 58.57 crore in January-March, 2018-19. Total income declined to Rs 2,289.43 crore in the three months to March against Rs 2,304.37 crore in the year-ago period, Punjab & Sind Bank said in a regulatory filing. During the quarter, the bank earned an operating profit of Rs 429.75 crore as against Rs 404.13 crore in the same period of the previous fiscal.

European shares tepid at the end of strong quarter

European shares were largely flat on Tuesday as investors booked some profits following a strong quarterly rebound, while improving China factory data and hopes of more U.S. stimulus buoyed sentiment in Asia. The pan-European STOXX 600 index looked set to post its biggest quarterly gain since March 2015 with a 12.5 percent rise, as unprecedented economic stimulus, hopes of a COVID-19 vaccine and relatively fewer coronavirus cases in Europe powered a rebound from March lows.

#CNBCTV18Market | Benchmark indices give up gains, now in the red pic.twitter.com/cpqLWppixn

Fuel prices have gone for a pause after rising on 22 of the past 24 days as oil marketing companies (OMC) kept the pump prices of petrol and diesel unchanged on Tuesday. In the national capital, petrol price on Tuesday stood at Rs 80.43 per litre and diesel at Rs 80.53 a litre, same level as Monday when the OMCs had increased the price of the two fuels by five paise and 14 paise respectively. Sources in public sector oil companies said that consumers could get relief from the regular price rise of the two petroleum products in coming days as the pause on Tuesday could be replicated in several of the coming days due to softening of global oil prices.

Broader markets outperform benchmarks in June; only 11 midcap stocks in the red

Benchmark indices as well as broader markets rebounded in the month of June after facing massive sell-off in the previous few months due to the spread of the coronavirus pandemic. Nifty, Midcap, as well as Smallcap indices, have recovered around 30 percent from March lows. For the month of June, broader markets outperformed the benchmarks with the Nifty Midcap and Nifty Smallcap indices rising 11 percent and 16 percent, respectively. In comparison, the Nifty and Sensex was up around 8 percent each in this month. Read more.

Rupee ends mildly stronger against the US Dollar as compared to the previous close. 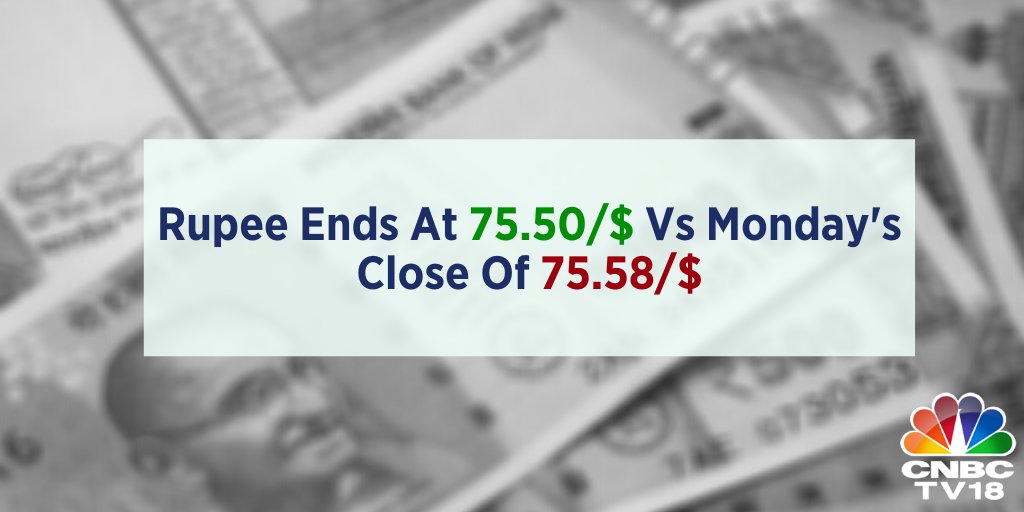 Punjab & Sind Bank on Tuesday reported widening of loss to Rs 236.30 crore for the fourth quarter of 2019-20 as provisions for bad loans increased. The public sector bank had posted a loss of Rs 58.57 crore in January-March, 2018-19. Total income declined to Rs 2,289.43 crore in the three months to March against Rs 2,304.37 crore in the year-ago period, Punjab & Sind Bank said in a regulatory filing. During the quarter, the bank earned an operating profit of Rs 429.75 crore as against Rs 404.13 crore in the same period of the previous fiscal. Read more.

Overall the company’s operating numbers came in ahead of street estimates, though the exceptional loss of Rs.3,406 crore for the quarter largely on account of impairment of assets dented performance. While the Q4FY2020 numbers have come in ahead of street estimates, the outlook for the first half of FY2021 is weak given that operations have been significantly impacted both in India and Europe during the first quarter so far.”

India's benchmark 10-year bond yield dropped to its lowest level in over a week on Tuesday after the Reserve Bank of India announced a special open market operation to simultaneously buy and sell debt on July 2. The yield dropped to a low of 5.86 percent, its lowest level since June 22 and down 4 basis points versus its close on Monday. The RBI said on Monday it will buy up to 100 billion rupees (USD 1.32 billion) worth of papers in the 9-13 year tenor from the market on July 2, while also selling 6- and 12-month treasury bills of the same value.

Shares of Vodafone Idea dipped as much as 4.6 per cent to Rs 10.60 on the BSE on Tuesday ahead of the announcement of the March quarter results for FY20 (Q4FY20). The stock hit a recent high of Rs 12.62 in intra-day trade on June 8. 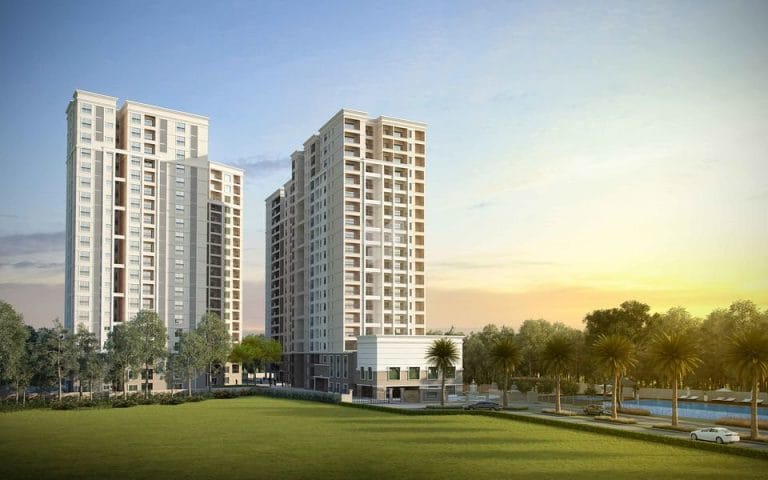 The share price of the company also surged over 8 percent in trade today on robust March quarter numbers. Get latest Real Estate online at cnbctv18.com

Britain’s economy shrank by the most since 1979 in early 2020 as households slashed their spending, according to official data that included the first few days of the coronavirus lockdown. Gross domestic product dropped by a quarterly 2.2 percent between January and March, the Office for National Statistics (ONS) said. That was below the median forecast in a Reuters poll of economists for a fall of 2 percent. Britain’s economy may have contracted by 20 percent in the first half of 2020, the Bank of England said earlier this month as the full effects of the lockdown hammered most sectors in the April-June period. The BoE has said the slump in the economy this year could be the worst in three centuries.

Nestle India is focussing on nutrition, immunity, value-addition & affordability. Company expects kirana stores to resurrect itself post lockdown. Also, co’s dependence on China is negligible; 99% of its products sold by co in India are made in India, says Suresh Narayanan pic.twitter.com/R5Pjnj4VTC

If #Nifty gets past 10,452, there could be one more recovery high in the offing. Negative on ICICI Bank & Bajaj twins; only stable pocket in financials is HDFC stocks, says @cashthechaos pic.twitter.com/RPL0pHu7ej

Steel Strips Wheels shares jump 7% on new orders from US

Steel Strips Wheels share price jumped over 7 percent intraday on June 30 after the company received new orders for over $315,000 from the US. The company has bagged fresh export orders for Truck & Caravan Trailer Market. The order comprises supplies of close to 14,000 steel wheels to be executed in the month of July and August from its Chennai plant, the company said in a filing to the exchanges. Total revenue generated by this additional order would be over $3,15,000. Repetitive orders are expected in coming weeks from several other regular customers as the market begins its recovery, the company added.

Worried about falling interest rates? Here’s what to do 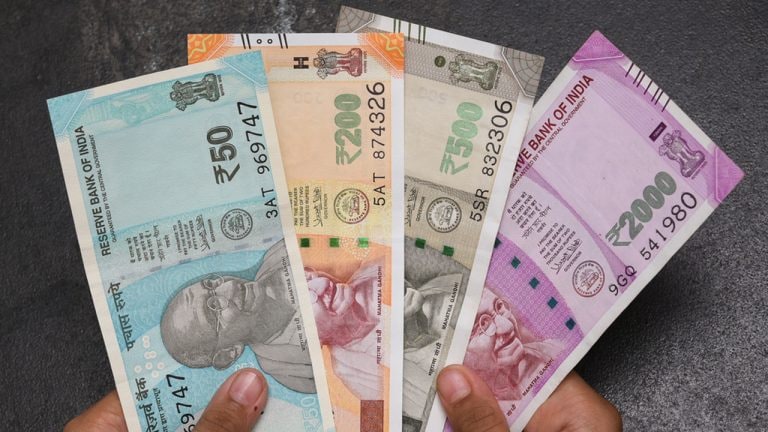 Shares of Bharat Dynamics surged 16 percent to Rs 349.70 in the early morning deals on the BSE on Tuesday after the company reported more-than-double net profit at Rs 309.72 crore in March quarter (Q4FY20) on the back of strong operational income. The state-owned defence company had logged a profit of Rs 124.12 crore in the year-ago quarter. The company’s revenue from operations during the quarter under review rose 64 percent to Rs 1,435 crore from Rs 877 crore in the corresponding quarter of the previous fiscal.

Will rupee really depreciate towards 80 in next six months? 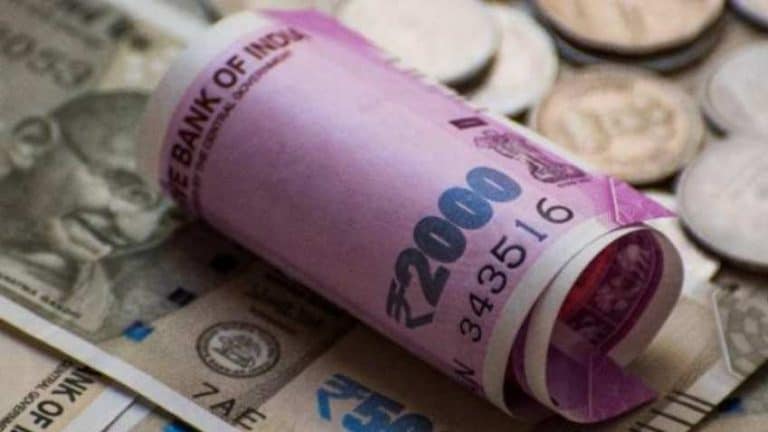 From the beginning of April 2020 till now, the dollar-rupee rate remained broadly in its confined range of 75.00-76.20 levelsGet latest Currency online at cnbctv18.com

It seems that markets are unsure of its immediate direction and hence, we are seeing such directionless moves since the last few days. Neither it has the strength to go pass recent hurdles nor the weakness to fall below key supports. Thus, we continue to remain hopeful as long as 10,194 is not broken convincingly and a positive trigger in global or domestic front would take this market higher. For the coming session, 10,250-10,194 would be seen as sacrosanct support; whereas, on the flipside, 10,400-10,450 are the levels to watch out for.

The share price of Tata Steel gained more than 4 percent in the early trade on Tuesday after the company reported better than expected March quarter earnings. The stock rose as much as 4.57 percent to Rs 335.95 per share on the BSE.  Tata Steel posted a consolidated net loss of Rs 1,095.7 crore in the fourth quarter of fiscal 2020 as against a net profit of Rs 2,430.9 crore in the same period last year. CNBC-TV18 poll had estimated the loss at Rs 1,300 crore. Read more. 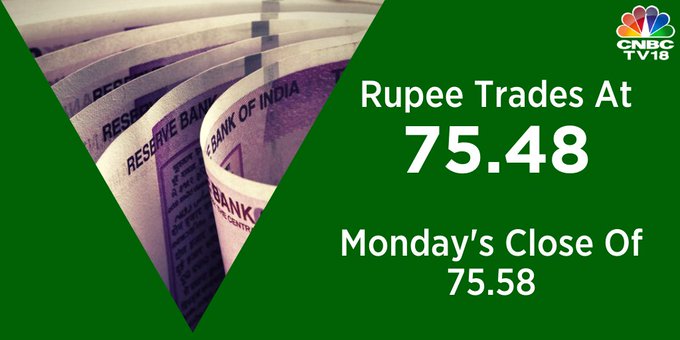 Technical view: The markets have made a high of a little above 10,400 which is close to the upper range of 10,450. We need to get past that level to see a meaningful upside rally. The support continues to be at 10,200. Above 10,450, we could go up to 10,700. Month-end 10,400 call options can be considered once we cross 10,450 on the spot Nifty, says Manish Hathiramani, Index Trader and Technical Analyst, Deen Dayal Investments.

Gold held close to a near eight-year peak on Tuesday, en route to its best quarter in more than four years, as worries over rising cases of the novel coronavirus and its economic fallout boosted safe-haven demand. Bullion, with more than 12 percent gains this quarter, is on track for its best quarter since end-March 2016, and is also headed for a third straight monthly gain.